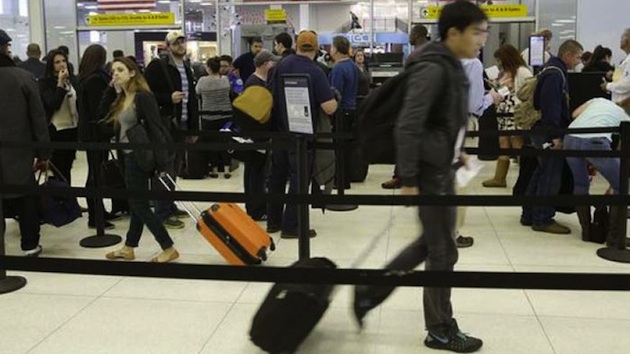 The random searches were ordered after the attacks in France and a magazine linked to Al Qaeda published a new bomb recipe. (Photo: AP)

A call for attacks on U.S. airlines using a new al Qaeda online bomb recipe prompted authorities to order random searches of travelers and carry-on bags at U.S. airports. The recipe claimed to offer a blueprint for detection-proof bombs, which in light of recent events in France and elsewhere, led officials to take measures.

“We have no specific, credible intelligence of an attack of the kind in Paris last week being planned by terrorist organizations in this country,” Homeland Security Secretary Jeh Johnson said in a statement. “But, the reasons for these measures should be self-evident to the public: the recent attacks in Paris, Ottawa, Sydney, and elsewhere, along with the recent public calls by terrorist organizations for attacks on Western objectives, including aircraft, military personnel, and government installations and civilian personnel.”

Secretary Johnson met with airline security officials to brief them about the elevated threat, which came in the latest issue of al Qaeda’s Inspire magazine. The online publication is a propaganda and training tool started by Muslim cleric Anwar al-Awlaki, who was an American and Yemeni Islamic militant killed by a U.S. drone strike three years ago. Inspire magazine provided a guide to making the explosives, getting through security and even instructed suicide bombers on where to sit on the plane. 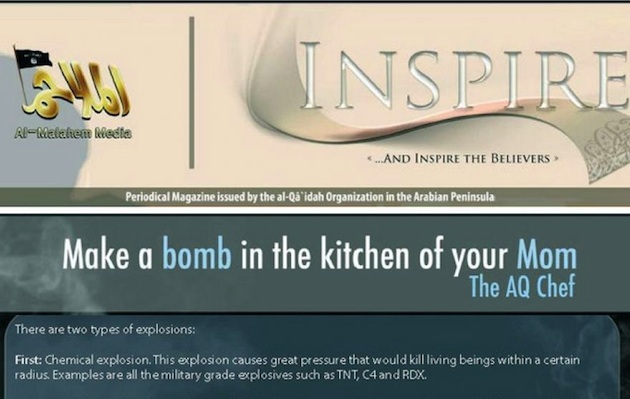 The online magazine published by Al Qaeda on the Arabian Peninsula has put out bomb-making instructions before. (Screenshot)

“We spared no effort in simplifying the idea in such we made it ‘another meal prepared in the kitchen’ so that every determined Muslim can prepare,” states the magazine article, titled, “How to Build a Bomb in the Kitchen of Your Mom.”

Inspire magazine has previously published several “how-to” articles, including one on making bombs out of pressure cookers, which ran prior to the Boston Marathon bombing in 2013. Dzhokhar and Tamerlan Tsarnaev, two radicalized Chechen immigrants who converted to Islam, used two of the modified kitchen devices to kill three people and injure more than 200.

“Recent terrorist attacks, whether by those affiliated with terrorist entities, copycats, or individual perpetrators, serve as a reminder that U.S. citizens need to maintain a high level of vigilance and take appropriate steps to increase their security awareness,” the alert said.