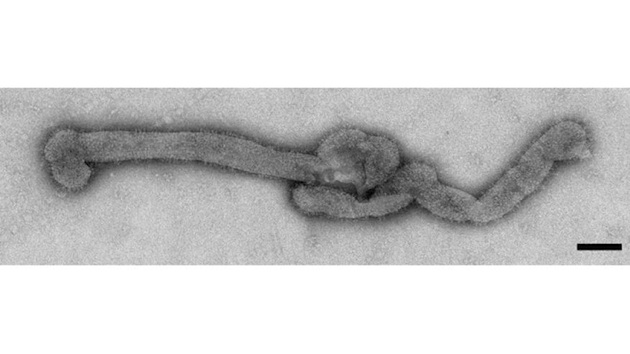 The Centers for Disease Control and Prevention (CDC) announced Friday the discovery of a new virus that may have contributed to the 2014 death of a Kansas man who was otherwise healthy.

The Bourbon virus, which is named for the county where the deceased patient lived, is part of a group of viruses called thogotoviruses. Researchers from the Kansas Department of Health and Environment (KDHE) and the University of Kansas Medical Center (UKMC) investigated the case, which marked the first time a thogotovirus has been shown to cause human illness in the U.S.

The CDC says it was the eighth known case of it causing symptoms in people, and that viruses in this group have been linked to ticks or mosquitoes in parts of Europe, Asia and Africa. Officials believe it is likely that the Bourbon virus is also be spread through tick or other insect bites.

According to the report, the patient, who was over 50 years old, was working outside on his property in late spring 2014 when he received several tick bites and found an engorged tick on his shoulder. In the following few days, he fell ill with nausea, weakness and diarrhea. The next day, he developed a fever, anorexia, chills, headache, myalgia, and arthralgia.

The patient visited his primary care physician on the third day, at which point he was prescribed an antibiotic for a presumed tickborne illness.  The next morning, his wife found him experiencing reduced consciousness and we was taken to the local hospital. After test results for many infectious diseases came back negative, a sample of the patient’s blood was sent to CDC for additional testing.

The CDC found evidence of an unidentified virus, which was determined to be a new strain by researchers using Advanced Molecular Detection (AMD).

According to the news release, the CDC is working with KDHE and UKMC to identify additional cases of Bourbon virus disease and to determine who gets sick and with what symptoms. One of the primary focuses in on how people are getting infected. CDC experts are also working to better understand the virus itself to potentially prevent and control Bourbon virus.

CDC researchers believe other undiscovered viruses are likely causing illness, with this finding and recent discoveries of Heartland virus in Missouri and severe fever with thrombocytopenia syndrome viruses in China.

How can people reduce the chance of becoming infected with Bourbon virus?

There is no vaccine or drug to prevent or treat Bourbon virus disease. Therefore, preventing bites from ticks and other insects may be the best way to prevent infection. Here are ways to protect yourself from tick and other bug bites when you are outdoors:

Additional information on reducing exposure to ticks is available on the CDC Ticks website.