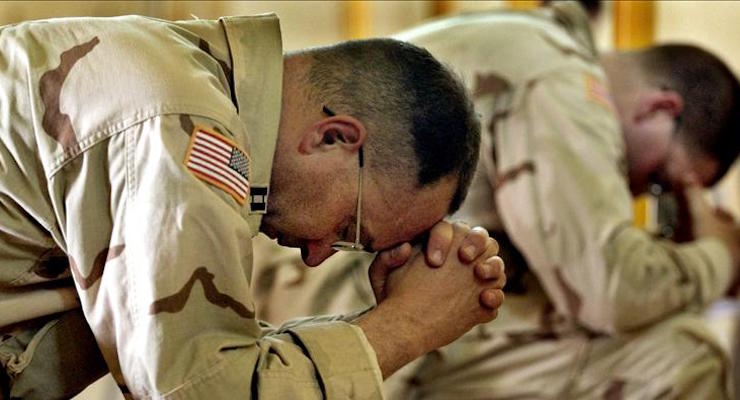 Religion in the U.S. military: Soldiers lower their head in Christian prayer.

DEVELOPING: Two companies out of Ft. Bragg, North Carolina, are deploying to the Middle East at the request of the top American commander in Baghdad. The deployment consists of approximately 200 soldiers from 82nd Airborne Division.

Army Lt. Gen. Stephen Townsend, the top commander of the U.S.-led coalition in the war against ISIS on the ground, made the request and it was approved. The Pentagon said it will provide more details on the decision later Monday.

Meanwhile, Iraqi Prime Minister Haider al Abadi said on Fox News Sunday that the Islamic State will be defeated “within weeks” in Iraq, though will continue to exist until it’s eradicated in Syria and elsewhere in the Middle East.

“He just wanted just to forget Iraq,” the prime minister said. “I mean, slaughtering people. There was a lot of pressure on President Obama.”