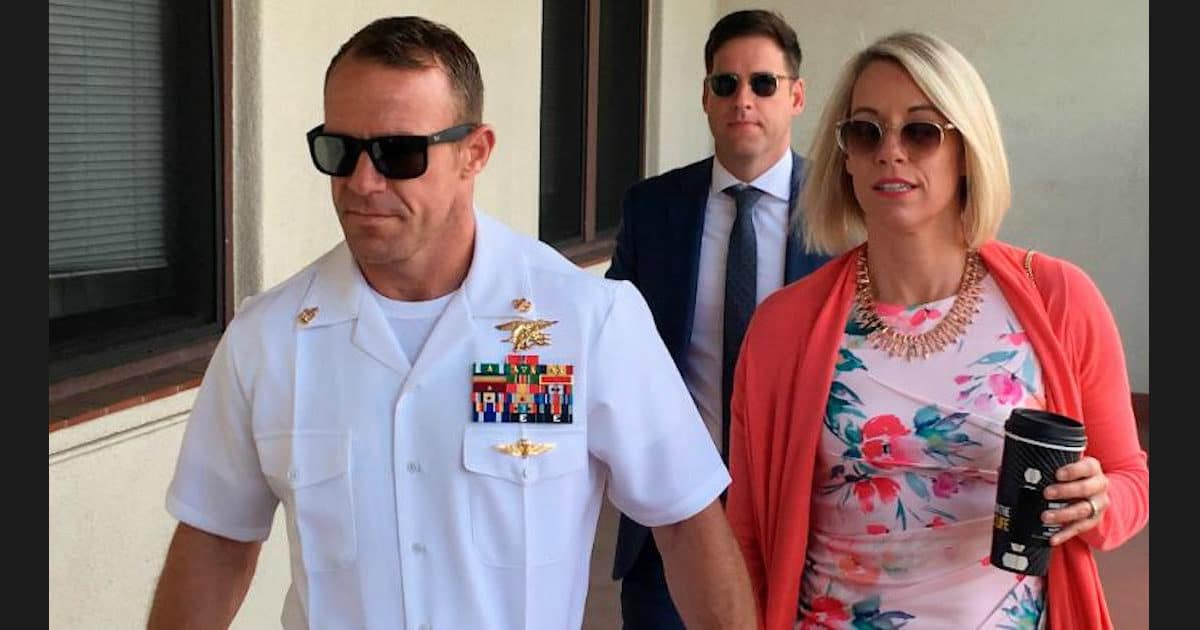 U.S. Navy SEAL Chief Edward “Eddie” Gallagher was found not guilty on nearly all charges, including murder and attempted murder. A jury cleared the decorated team leader in the killing of an Islamic State member in Iraq.

Prosecutors alleged he killed an Islamic State militant being treated by medics. The defense argued Chief Gallagher was an “old-school, hard-charging warrior” targeted by “millennial” SEALs who harbored “personal animosity” toward him.

He was charged with seven counts including premeditated murder, willfully discharging a firearm to endanger human life, posing for a photo with a casualty, retaliation against members of his platoon for reporting his alleged actions, obstruction of justice, and the attempted murders of two noncombatants.

He was found guilty of only posing for a photo with a human casualty.

The case against Chief Gallagher was rocked when a key witness for the prosecution testified he caused the prisoner’s death, himself. Special Operator First Class Corey Scott, a U.S. Navy SEAL medic, initially claimed he saw Chief Gallagher pull out his knife and stab the prisoner under his collar bone.

But under oath and on cross-examination, he said he never saw any blood after the stabbing, He dropped a bombshell when he admitted to suffocating the prisoner in what he referred to as an act of mercy.

First Class Corey Scott said that he had held his thumb over his trachea tube to spare the prisoner from torture at the hands of Iraqi forces.

While he initially did not admit to killing the prisoner in previous interviews, he said being granted immunity allowed him to come forward. The prosecutor called him a liar and threatened a perjury charge.