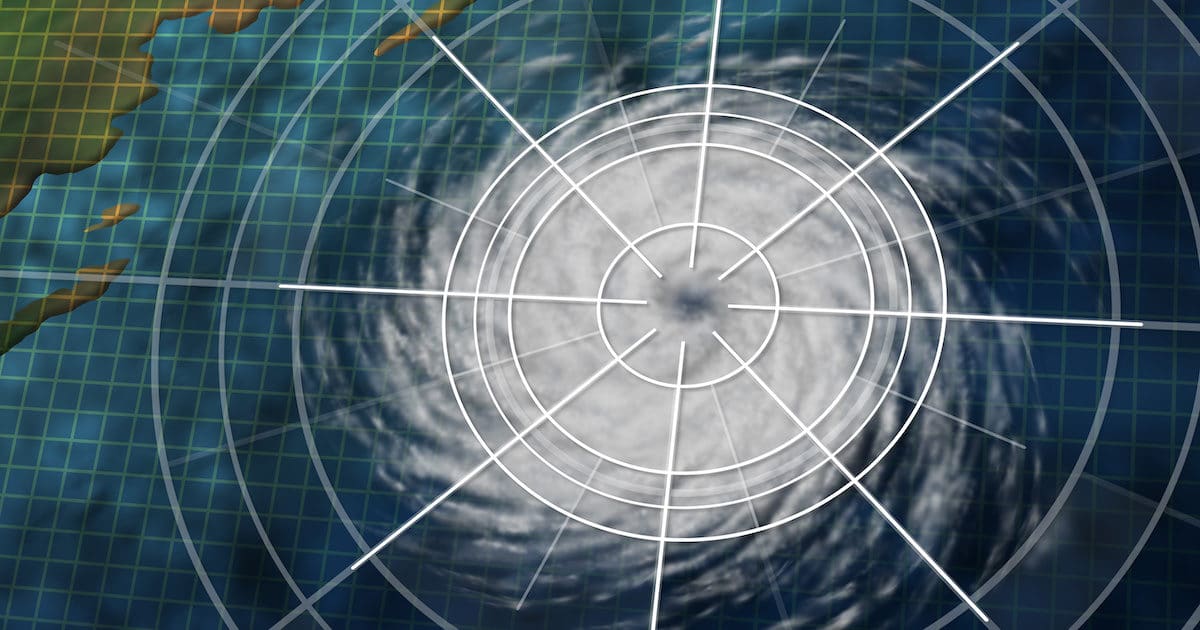 On Tuesday, the ECMWF (Euro), GFS, and HWRF models continue to forecast Hurricane Dorian offshore but dangerously close to the east coast of the U.S. from Florida to North Carolina during the next 3 days or so.

UPDATE: Hurricane Dorian has been downgraded to a Category 2 on the Saffir-Simpson Hurricane Wind Scale. Maximum sustained winds are 110 mph (175 km/h) and minimum central pressure has risen to 955 mb (28.20 inches). Dorian is now moving northwest at 2 mph.

A drop in pressure typically indicates a storm is strengthening, while an increase indicates weakening.

The above forecasts — generated via Tropical Tidbits — include the ECMWF (Euro) and GFS over a 240-hour period beginning at September 3, 2019 at 4:00 AM EST. The HWRF (Hurricane Weather Research and Forecasting Model), which until Monday did forecast landfall at Cape Canaveral, covers a 126-hour period.

The weakening but still major hurricane was stationary for much of Monday. The storm is caught in weak steering currents between high pressure ridges to its east and northwest, and a trough to its north.

The National Hurricane Center (NHC) said the “weak flow should result in a very slow and likely erratic northwest turn through at least early Tuesday.”

The models generally agree the ridge to the east and trough to the north will amplify shortly thereafter, resulting in Dorian picking up speed headed north on Wednesday and to the northeast on Thursday and Friday.

The NHC track forecast is largely an update of the previous forecast and it is in good agreement with the various consensus models.

Life-threatening storm surge and dangerous hurricane-force winds are expected along portions of the east coasts of Florida, Georgia and South Carolina, regardless of the storm’s center. The NHC warned water levels could begin to rise “well in advance of the arrival of strong winds.” The risk of life-threatening storm surge and hurricane-force winds continues to increase along the coast of North Carolina.

Hurricane Dorian has claimed at least 5 lives in the Bahamas. That number is expected to rise significantly.