HomeNewsWorldMiddle East Allies: We’re Being Hindered by U.S. in Fight Against ISIS

Middle East Allies: We’re Being Hindered by U.S. in Fight Against ISIS 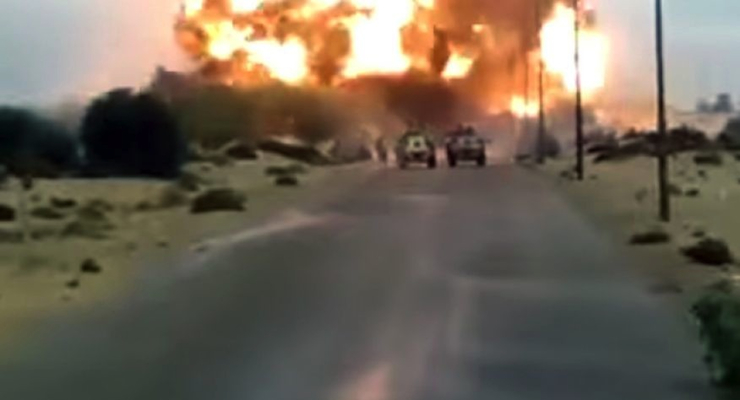 U.S. allies in the Middle East are growing increasingly frustrated with White House policy in the region in the fight against the Islamic State.

Kurdish fighters have successfully pushed back Islamic State attempts to reclaim the Syrian border at Ebril and wrest back control over Iraq’s north-west. The Peshmerga, aided by the assistance of their Kurdish allies from Syria, forced ISIS back from the border despite U.S. officials halting expected shipments of heavy weaponry. Kurds, who have become the most effective fighting force against Islamic State militants, are beating back assaults with outdated, provisional armory that the White House has promised to replace.

Meanwhile, the Egyptian government launched a major campaign against jihadists affiliated with the Islamic State after the terrorist group struck the Sinai Peninsula with sophisticated weaponry, including Russian-made Kornet anti-tank missiles. The el-Watan Daily reported that the Islamic State assault also used mortars, anti-aircraft guns and other guided missiles. Egypt’s security and military officials say they have never seen such an attack, which targeted a minimum of six military checkpoints in the northern part of Sinai.

ISIS killed at least 50 soldiers during an attack that shocked Egypt and led to suspicions that the Islamic State is providing more than just ideological inspiration to Egypt’s jihadists. Egyptian officials acknowledged that the terrorists also took soldiers captive and seized several armored vehicles. These attacks come just two days after the assassination in Cairo of the country’s top prosecutor.

The Egyptians killed 23 ISIS militants as they went going door-to-door in an effort to rid themselves of the growing ISIS infestation, removing road mines and other explosive devices along the way. Israeli Defense Forces confirmed they have increased their military presence along the Egyptian border due to these attacks.

“The actions that we see from ISIS are nothing compared to the capabilities being built by the Iranian regime,” Prime Minister Benjamin Netanyahu said during an address on the threat of ISIS in the Sinai. “We are standing before two threats, the threat of ISIS and Iran. We don’t have to strengthen one at the expense of the other; we have to weaken both of them.”

Major General Mordechai, Coordinator of Government Activities in the Territories, noted in an interview that Israel uncovered significant evidence that implicates Hamas in the brutal attacks by the Islamic State against Egyptian security forces. Hamas military commanders were not only coordinating, but also supplying militants involved in the attacks in the Sinai.

While U.S. President Barack Obama, British Prime Minister David Cameron and Western leaders remain unprepared to meet the extreme threat around the world faces and in the region, the Kurdish Peshmerga continue to provide for their own defense. However, the latest decision to halt much-needed shipments has left allies increasingly frustrated with Washington.

“If the Americans and the West are not prepared to do anything serious about defeating Isil, then we will have to find new ways of dealing with the threat,” a senior Egyptian official who spoke on the condition of anonymity, said. “With Daesh [ISIS] making ground all the time we simply cannot afford to wait for Washington to wake up to the enormity of the threat we face.”

The Peshmerga and all of the Middle East are facing true dilemmas, with historic weaponry against ISIS modern U.S weaponry puts them at a disadvantage. Both the Peshmerga and the Kurds still manage to beat these terrorists back with all of their might. If President Obama and the West officials are unwilling to help then they should not interfere.

The White House is disabling its allies which is causing friction amongst the two hemispheres. Saudi Arabia, Jordan and the Gulf state observe that President Obama’s lack of a strategy and interference is hurting their advancement against these terrorists. Random airstrikes do not assist them when there is no purpose behind them.

One senior Gulf official dumbfounded by the lack of strategy from the United States, stated that limited airstrikes, half-measures and last-minute reneging of arms shipments will only prolong the inevitable defeat.

“There is simply no strategic approach. There is a lack of coordination in selecting targets, and there is no overall plan for defeating Daesh.”

The U.S. Senate voted down an amendment allowing for the U.S. to bypass what is left of the central government in Baghdad and send weapons directly to the Kurdish fighters. The vote came ahead of another brutal attack on a NATO convoy in Afghanistan that killed two people and wounded 26, including two U.S. soldiers.

Also, 11 workers from al-Miadin suffered live crucifixion and were forced to wear signs stating they were punished with seventy lashes after breaking the fast in Ramadan.