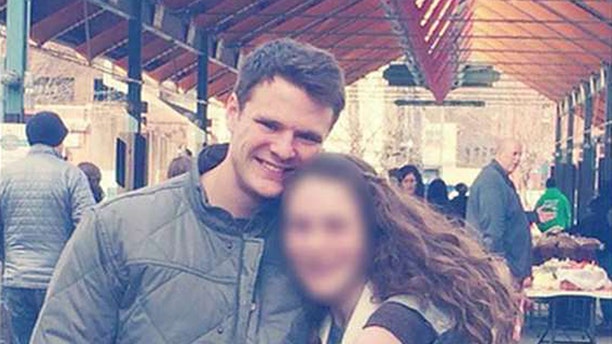 University of Virginia student Otto Frederick Warmbier, who was arrested in North Korea.

The Korean Central News Agency (KCNA), the state-run media in North Korea, claimed Friday that the regime arrested a University of Virginia college student. The agency alleged Otto Frederick Warmbier entered the North as a tourist but committed a “hostile act against the state” with “the tacit connivance of the U.S. government and under its manipulation.”

While the Korean Central News Agency (KCNA) claimed Warmbier was “arrested while perpetrating a hostile act,” it didn’t say when he was detained or explain the nature of the act he was allegedly caught perpetrating.

“We are in touch with Otto’s family, the U.S. State Department and the Embassy of Sweden in Pyongyang and doing all we can to secure his release,” said Gareth Johnson, a spokesman for China-based Young Pioneer Tours, which specializes in travel to North Korea. Regardless, issues with the U.S. consular in North Korea are handled by Sweden, which acts as a middle-man between Washington and Pyongyang due to the lack of diplomatic relations. In fact, U.S. and North Korea are technically still in a state of war, as the 1950-53 Korean War ended with an armistice, not a peace treaty.

To this day, roughly 28,500 American troops are stationed in South Korea and help defend the DMZ.

Warmbier is the third Westerner to be held by the dictatorial leftwing communist regime and, despite official travel warnings from the State Department, a few thousand continue to visit North Korea each year. Just last year, South Korean-born Canadian pastor Hyeon Soo Lim was sentenced to life in prison for alleged crimes against the state. North Korea has previously released or deported detained American citizens after high-profile figures visited the country, including Dennis Rodman.

However, James Clapper in late 2014 secured the release of two Americans during a secret mission to North Korea, which critics provided diplomatic credibility to the North.

Kadyrov Feels The Need To Beat The Drums, The Question Is Why?