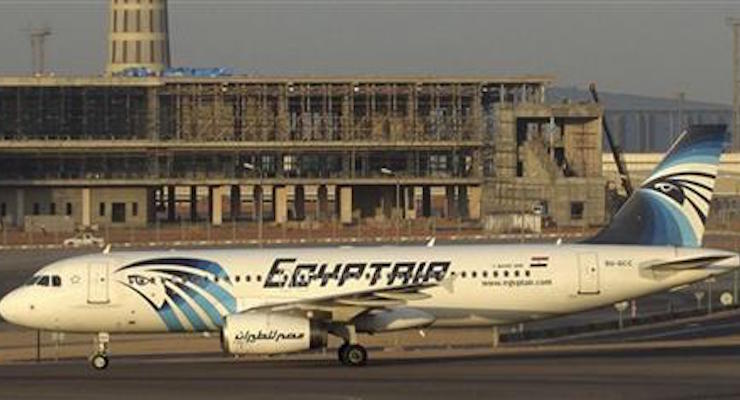 In this Dec. 10, 2014 image an EgyptAir Airbus A320 with the registration SU-GCC on the tarmac at Cairo airport. Egyptian aviation officials said on Thursday May 19, 2016 that an EgyptAir flight MS804 with the registration SU-GCC, travelling from Paris to Cairo with 66 passengers and crew on board has crashed. The officials say the search is now underway for the debris. (AirTeamImages via AP)

An official said EgyptAir flight 804, which crashed in the Mediterranean Sea Thursday, sent a series of warnings suggesting that smoke had been detected on board. The signals were transmitted shortly before the plane, an Airbus 320, disappeared from radar while carrying 66 passengers and crew from Paris to Cairo.

The signals “do not allow in any way to say what may have caused smoke or fire on board the aircraft,” said a spokesman for the French BEA agency, which is assisting an official Egyptian investigation. However, the do offer the first clues as to what unfolded in the moments before the crash.

The pilot and co-pilot of EgyptAir flight 804 have been identified as Captain Mohamed Said Shoukair, 36, who had 6,226 hours flying hours under his belt. The co-pilot was Mohamed Mamdouh Assem, 24, who had 2,766 flying hours. Both had no political affiliations and passed periodical background check security reviews.

Meanwhile, officials are still be cautious until the black boxes offer even more clues to the events that unfolded. However, Egyptian Civil Aviation Minister Sherif Fathi told reporters the challenge in the hunt was the depth of the Mediterranean in the area.

ypt’s Civil Aviation Minister Sherif Fathi said at a news conference in Cairo that EgyptAir flight 804 was a terror attack is more likely than not the cause of the crash.

EgyptAir said the Airbus A320 vanished 10 miles (16 kilometers) after it entered Egyptian airspace, around 280 kilometers (175 miles) off Egypt’s coastline north of the Mediterranean port city of Alexandria. It was carrying 56 passengers, including one child and two babies, three security staff and seven crew members, officials said. Minister Fathy said identities would not be released until relatives could be contacted, but described those those on board as including 15 French passengers, 30 Egyptians, one Briton, two Iraqis, one Kuwaiti, one Saudi, one Sudanese, one Chadian, one Portuguese, one Algerian and one Canadian.

Iraq to Launch Military Offensive to Retake Fallujah From ISIS