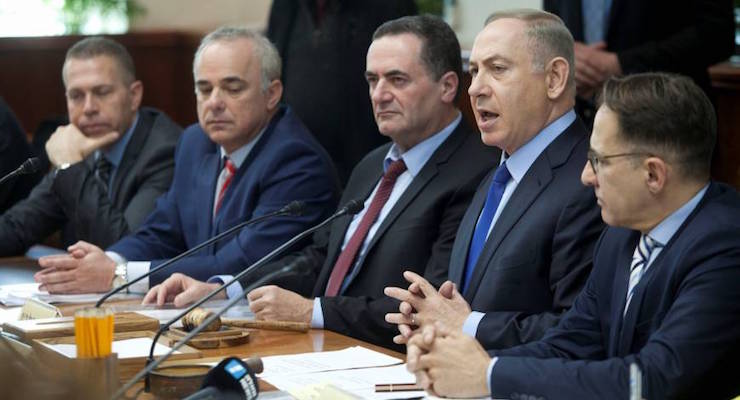 Israeli Prime Minister Benjamin Netanyahu responded to Secretary of State John Kerry who used his farewell speech to the State Department Wednesday to slam Israel. Prime Minister Netanyahu slammed the speech as “skewed” and said he was “deeply disappointed” Mr. Kerry decided to “pay lip service to terror” groups in the Middle East.

“Secretary Kerry paid lip service to the unrelenting campaign of terror that has been waged by the Palestinians against the Jewish State.” The prime minister said later: “Israelis do not need to be lectured about the importance of peace by foreign leaders.”

The prime minister, who was overwhelming reelected in 2015 despite U.S. President Barack Obama meddling in the Israeli parliamentary elections, said the U.S.-Israeli relationship with endure the strain of the Obama administration and, under the new Trump administration, grow to be stronger than ever.

It was his most forceful response to anti-Israeli bias out of the Obama administration to date and come as U.S.-Israeli relations reach their lowest point in decades, a trend that began almost immediately after President Barack Obama took office. Mr. Kerry’s speech was billed as a path forward in the Middle East peace process, but instead was used as an opportunity to defend the U.S. decision to allow the U.N. Security Council to condemn Israeli settlements last week.

Israeli officials described the move as a betrayal and Mr. Netanyahu himself previously described the U.S. decision as an “ambush.” The Israeli government accused the U.S. of orchestrating the vote on the resolution condemning the settlements.

“We have it on absolutely incontestable evidence that the United States organized, advanced and brought this resolution to the United Nations Security Council,” he added. “We’re share this information with the new administration… It’s absolutely true.”

Ahead of a defiant speech by outgoing Secretary of State John Kerry, President-elect Donald J. Trump in a series of tweets told Israel to “stay strong,” adding he will not “continue to let Israel be treated with such total disdain and disrespect.”

Mr. Kerry’s speech was lopsided toward the issue of Israeli settlements in the West Bank and ignored the reality that the Palestinians refuse to even accept the right of the state of Israel to exist.

“This was always about Israel’s right to exist,” Prime Minister Netanyahu said.