HomeNewsWorldCould World War III Start in This Tiny Corner of the Caucasus?

Could World War III Start in This Tiny Corner of the Caucasus? 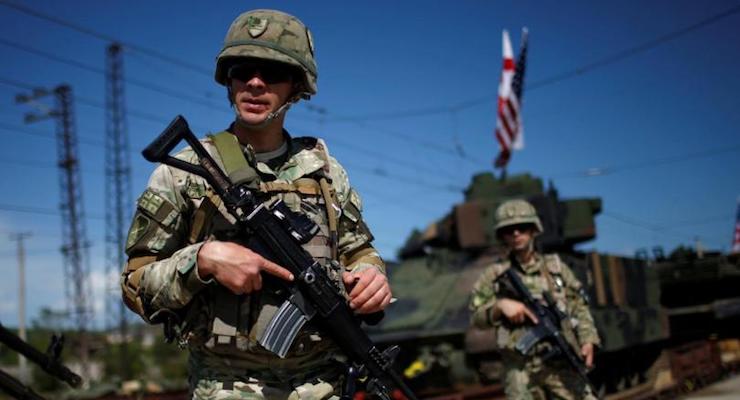 What area of the world smolders with the threat of all-out war, with soldiers on both sides dying intermittently, where all the combatants are flush with new Russian weapons, and where the world’s great Cold War powers back opposite sides? You have probably not heard of the Nagorno-Karabakh region of the Caucasus, which has been a ‘frozen conflict’ since before the Bolshevik revolution of 1917. That could change rather quickly.

The conflict shakes out basically upon ethnic lines, not religious ideology. In short, the Armenians and the Azerbaijanis both want the same territory that lies between their two countries. The Soviet occupation forced a reduction in the all-out fighting but the tension simmered below the surface for decades, finally erupting in the late 1980s and ’90s. A fragile cease-fire has held since before the turn of the Millennium. However, oil-rich Azerbaijan has been spending a lot of that oil money on weapons. Inexplicably Russia, hard up for foreign currency, has been only too happy to sell them to the adversary, Azerbaijan, of its close ally, Armenia. The two-decade conflict has killed over 30,000 people, soldiers and civilians alike.

The fragile ceasefire broke into open armed conflict in April of last year and lasted for four days until a armistice was brokered by Russia. Since then, tensions have not improved, only gotten worse.

“The danger of a new war is constant and will persist until Azerbaijan is persuaded that there is no military solution to the conflict,” Sarkisian told AFP in an interview ahead of a visit to France. He said Azerbaijan will not start a war if Armenia fulfills its demands. I said that this is blackmail, not a compromise.”

Sarkisian urged Paris, Moscow, and Washington to “show what price one of the sides will pay if it initiates an attack…That will have a sobering effect,” he said.

The Armenians sense an emboldened Azerbaijan, armed with modern weapons, that wants to gain further territory it lost late in the twentieth century.

Russia is closely allied with Armenia and has troops stationed in the country since the days of the Soviet Union. Russian troops actually patrol the Armenian border with Iran and Turkey. Russian commanders in the region have said they will come to Armenia’s aid if Azerbaijan attempts to take territory in Nagorno-Karabakh.

Azerbaijan is allied with Turkey and Turkey is very angry with Armenia for wanting the slaughter of Armenians during the Ottoman Empire labelled as genocide.

Relations between Turkey and Russia plummeted over a year ago when Ankara shot down a Russian jet that had veered into its territory while attacking a Syrian position, killing one of its crew members. Since then, Russia and Turkey have grown closer, mainly due to the realization that they need each other economically and Turkey wanted to distance itself from the European Union.

However, the clear fact is that Turkey and Russia support different sides in the conflict. Turkey is a member of NATO and has the support of the United States if attacked. If conflict erupts in Nagorno-Karabakh and Azerbaijan takes additional territory, will Russia respond militarily? And if so, How would Erdogan react?

Could the rest of the world be drawn into war? The “frozen” conflicts of the Soviet Union still create the opportunity for death and destruction from Ukraine, to South Ossetia, to the Caucasus. The Nagorno-Karabakh issue seems especially deserving of the international communities attention to prevent it spinning out of control.

This article first appeared on Tsarizm.com, news you need to know RIGHT NOW about Russia, the former Soviet Union and Eastern Europe