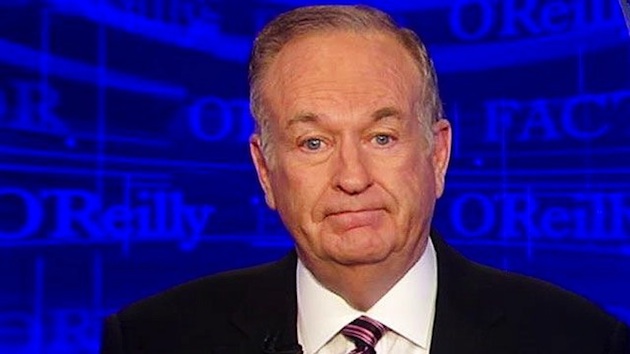 In his Feb. 17, 2015 Talking Points Memo, Bill O’Reilly said the beheading of 21 Egyptian Coptic Christians marked the beginning of the Holy War. In light of recent developments that assessment appears rather self-explanatory.

But wasn’t it always a Holy War to the Islamists? Whether Mr. O’Reilly — or anyone else for that matter — believed Islamic terrorism to be a Holy War or not, is frankly irrelevant. Radical Islamists do, with all of their souls, and that’s all that has or ever will matter.

In the follow up segment to the Talking Points Memo, Mr. O’Reilly was joined by Monica Crowley and Kirsten Powers, the latter of which refused to characterize the conflict with radical Islam as a Holy War. Ms. Powers, almost laughably, also miraculously became pro-ground troops. However, she claimed she won’t support such a move now because Mr. Obama — a president not yet far enough to her left, unless of course we are taking about canceling her health insurance policy — has not put forward a strategy she can get behind.

Lost in all of this pretentious flip-flopping, however, was the fact that Monica Crowley was right, consistently right, and no one gave her credit for it. Perhaps Mr. O’Reilly thought it appropriate to quickly dismiss Ms. Crowley’s well-deserved “I told you so” moment, but the viewers certainly did not. Following the show PPD’s editor tweeted Ms. Crowley to tell her so, and it quicky became apparent that R. D. Baris, The People’s Pundit, wasn’t the only one who remembered Mr. O’Reilly’s former position.

@Peoples_Pundit @oreillyfactor @MonicaCrowley Hold your ground Monica. You are a better person than me for enduring Bills rudeness

@Peoples_Pundit @MonicaCrowley
Bill does that alot. He argues about something which months later he comes out in support of it.

@Peoples_Pundit @MonicaCrowley He really does needs to learn not 2 b condescending, disrespectful & dismissive of those w/differing opinions

We could go on and on, but a significant response it was indeed (no doubt due in large part to Ms. Crowley retweeting the People Pundit’s initial tweet to her some quarter million followers). Next time Mr. O’Reilly, who we on the whole believe to be a straight shooter, should be a little more modest and a little less “condescending, disrespectful & dismissive of those w/differing opinions,” to use the language of one viewer. That’s particularly true when they turn out to be right — like Ms. Crowley.