Green Energy, Corruption, Reform Conservatism, And The Size of Government 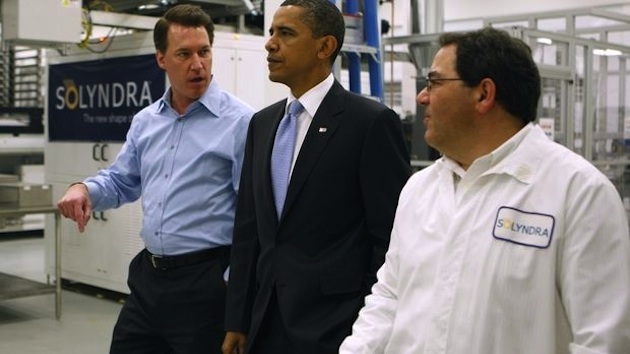 Remember Solyndra, the festering symbol of green-energy corruption that resulted in hundreds of millions of dollars of taxpayer money being flushed down the toilet?

And that was just one example. Based on the ratio of energy produced compared to insider enrichment, the entire green-energy racket is a sleazy boondoggle.

For taxpayers, this is a lose-lose situation. They pay to line the pockets of green donors, and they also suffer as government intervention diverts resources in ways that reduce jobs and economic output.

But look at the bright side. Every so often, some of the insider crooks get caught with their hands in the cookie jar.

In a column for the Washington Examiner, the invaluable Tim Carney highlights some of the insider sleaze that led to the resignation of Oregon’s Democratic Governor.

When a love affair begins with shared dreams of solar panels and fantasies of switchgrass, it shouldn’t surprise us that it leads to tears, resignation and federal investigations. Such is the love story of Oregon’s former governor John Kitzhaber and his fiancée, Cylvia Hayes.

Yup, it appears that Ms. Hayes cashed in on her relationship with the governor.

Hayes…described herself as a “policy adviser to Gov. John Kitzhaber on the issue of clean energy and economic development.” Hayes simultaneously ran a consulting firm called 3E Strategies….Demos was pushing governments to use a new measure of the economy — the Genuine Progress Indicator — in place of Gross Domestic Product. They hired Hayes to aid in this push. Soon, Kitzhaber adopted GPI as a new measure for state policies.

Sounds like pay-to-play, which is so typical of government.

But the GPI scam is just the tip of the iceberg.

…federal investigators are looking into Hayes’s work for companies that profited from Kitzhaber’s green policies. …Green energy deserves more scrutiny than the average industry, because so many of its technologies, being unprofitable and inefficient, depend on government subsidies for their very survival. One Hayes client was a California-based company called Waste to Energy Group. Hayes picked up Waste to Energy as a client in 2011 — after becoming first lady — as the company sought a contract for converting landfill gas into energy. …Mary Rowinski, a governor’s office employee, worked for Hayes. Hayes used Rowinski to set up her meetings with Waste to Energy. …Federal investigators probing the Hayes and Kitzhaber case are also seeking state agency contacts with the Oregon Business Council. The Business Council is a corporate lobby group, and a client of Hayes. …The important lesson is that the more you intertwine business and government, the more opportunities you create for cronyism. And green energy is fertile ground for such problems.

Tim’s lesson is spot on.

So how do we reduce sleaze in the political system.

Jay Cost, writing for the 2017 Project, urges an aggressive focus on fighting corruption.

…an anticorruption agenda should be integral to reform conservatism. First, reform conservatism is self-consciously oriented to the middle class, and political corruption works against the interests of the middle class. Usually the product of connections between interests and politicians, it favors the well-connected. The typical insurance agent, bakery owner, or office manager lacks such contacts. Second, an anticorruption agenda challenges the liberal belief that ever more government is good for the middle class. The left wishes to cast itself as defender of middle America and conservatives as champions of the elite. A full-throated attack on cronyism in the distribution of public favors would help conservatives fend off this accusation.

…there is another form of corruption, an “honest” kind. Politicians see an opportunity to use their public authority to favor some private interest—be it the lobby for some commercial group, a wealthy donor, maybe themselves—and they take it. Often, no law is broken, but the public trust is nevertheless violated. James Madison understood corruption from this perspective—as including but not limited to illegal and venal activity.

So what’s the solution to the legal and illegal sleaze in Washington?

The legislative power has expanded most in three areas not prominently considered by the Founders: the promotion of economic development, the regulation of the economy, and the provision of social welfare benefits. For Congress, developing the national economy has long meant pork barrel politics. Members love to send money back to the district for improvements to rivers and harbors, for roads, railroads, airports, and so on. They want defense spending similarly distributed. The tax code is another place where Congress, in the name of economic growth, favors special interests. …And on top of this, a vast array of corporate welfare programs, like the Export-Import Bank, pay off various groups.

But he seems to think big government is now inevitable, and perhaps even desirable.

…one of the premises of the new reform conservatism is an acknowledgment that the federal government has a legitimate and potentially beneficial role to play in economic development, health care, education, and so on.

So his proposed reforms are rather tepid.

One goal should be to make it harder for members of Congress to cut deals with special interests. …Committee and subcommittee chairs should be required to obey stricter rules concerning conflicts of interest. They should not be allowed to accept money from interest groups with business before their committees. …the temporary lobbying ban on former members of Congress, now two years, should be extended and its loopholes closed. …Given the highly technical work that senior legislative staffers perform, they are grossly underpaid compared with their private counterparts. …The most skilled staffers should be paid appropriately… Similarly, Congress should increase the size of staffs—perhaps substantially.

Having worked on Capitol Hill, I have to say that I’m underwhelmed by these proposals.

More regulations, more staff, and higher pay are not going to change the culture of Washington.

I’m not sure if Mr. Cost sees himself as a reform conservative, or whether he’s merely offering advice to the so-called reformicons. In any event, his proposals symbolize what’s good and bad about reform conservatism: A recognition that government is causing problems, but solutions that are sometimes too tepid to actually solve problems.

The bottom line is that you can’t fix the corruption problems caused by big government unless you’re actually willing to get rid of big government.

P.S. If it’s true that misery loves company, then we can take solace in the fact that other nations have wasteful and corrupt green energy programs.

P.P.S. In keeping with our tradition, let’s close with a link to some amusing material about green-energy boondoggles.