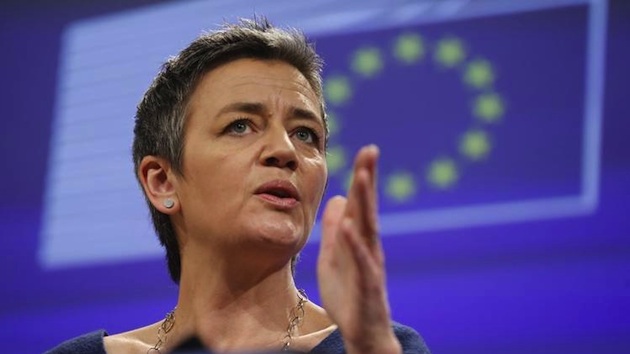 Margrethe Vestager, the EU’s competition commissioner, has said antitrust settlements ‘should not be a habit’ and should not be sought ‘at any price.’ PHOTO: OLIVIER HOSLET/EUROPEAN PRESSPHOTO AGENCY

We all make mistakes and some of us learn from them. What is even better is to learn from other people’s mistakes, where they pay for those mistakes while we learn free of charge.

Many Americans who say that we should learn from other people, especially Europeans, mean that we should imitate what they did. That may make those who talk this way feel superior to other Americans. But let us never forget that the most disastrous ideologies of the 20th century — Communism, Fascism and Nazism — all originated in Europe. So did both World Wars.

More recently, Europe has been belatedly discovering how unbelievably stupid it was to import millions of people from cultures that despise Western values, and which often promote hatred toward Western people.

Maybe that is a mistake that we can think about when Congress finally decides to do something about our open borders and our immigration laws that we refuse to enforce.

The European Union’s commissioner for competition explained the basis for the complaint against Google: “We have a focus on a certain conduct, a certain behavior which, if our doubts are going to be proven, we would like to change because we believe that it hampers competition.”

Some of us think laws should be clear-cut statements of what you can and cannot do. Indicting people under laws that can lead to fines in the billions of dollars over what “we believe” or what international bureaucrats have “doubts” about is not really law. It is an exercise of arbitrary power, based on whatever subjective notions are in vogue among government bureaucrats.

The history of American anti-trust law shows too many similar vague and confused notions masquerading as law. The idea that the accused must prove their innocence, under the “rebuttable presumptions” of the Robinson-Patman Act of 1936, was a forerunner of the same mindset under later “disparate impact” theories in civil rights law.

Such violations of the legal standards used in most other cases are usually inflicted on those who have already been demonized and whose guilt has been assumed and punishment is fervently desired, such as big business, employers accused of discrimination or men accused of rape.

Google is accused of running its Internet search programs in such a way that they are more accessible to the public than other search programs available through Google. Since people can search through other sources besides Google, it is not at all clear why Google cannot run its own operation for its own benefit, while others run their operations for their own benefit.

The whole point of competition in the market is to create economic efficiency which, by its very nature, means eliminating the less efficient producers. Confusion about the difference between maintaining competition and maintaining competitors has long plagued anti-trust law on both sides of the Atlantic. But Americans seem in recent years to be recognizing the difference.