In Defense of ‘Racist’ Protestant Ethic: Response to Leftist Ignorance at ‘New Republic’ 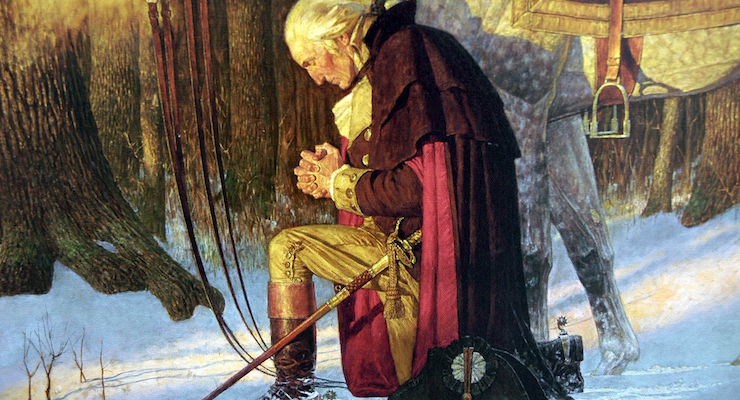 In modern America, if ignorance were a marketplace commodity, then it wouldn’t be worth spit. That pretty much sums up the first thought that crossed my mind after reading the recent article by Alana Massey in The New Republic.

Massey claims that continued racism plaguing white Americans today can be traced back to Protestantism, more specifically, its unique Protestant ethic. She cites largely unrelated polling data and grossly misrepresents a core–if not, the paramount–traditional American philosophy to draw these conclusions. It’s not only a historically inaccurate argument, but an intellectually feeble one. Unfortunately, this myth-based view toward American traditionalism is shared by most on the American Left.

There are almost too many absurd claims and mischaracterizations to address one-by-one. But, as someone who literally wrote the book on the historical and psychological role the Protestant ethic played in American political philosophy, I feel I must respond and debunk them in the interest of truth.

The Protestant Ethic and the Pursuit of Wealth

Massey cites The Protestant Ethic and the Spirit of Capitalism, the truly seminal work by German sociologist Max Weber, as the authority on the Protestant work ethic. However, it is painfully obvious she, herself, has never actually read it. Instead, she tapped the wealth of ignorance being spewed by radical revisionists in academia to portray the Protestant ethic as “a belief that the more material wealth you have, the closer you are to God.”

This is a mind-numbingly simplistic understanding of the Protestant ethic. In reality, and in Weber’s own words, nothing could be further from the truth.

“On the side of production of private wealth, asceticism condemned both dishonesty and impulsive avarice,” Weber correctly observed. “What was condemned as covetousness, Mammonism, etc., was the pursuit of riches for their own sake. For wealth in itself was a tempta-tion [sic].”

Weber, searching for the origin and true Spirit of capitalism, found what Massey and her leftist cohorts either continue to miss or are incapable of comprehending. The source of their obligation to labor, or what is referred to as the “calling,” was in truth not a desire for personal gain but an obligation to God.

The Protestant ethic is the idea that the highest form of moral obligation of the individual is to fulfill his duty in such worldly affairs. A virtuous individual should strive to obtain a position in society where they are able to serve the public and make a positive contribution to the general welfare, as well as ensure they never become a burden.

“Govr. Thomas was so pleas’d [sic] with the Construction of this Stove, as describ’d in it that he offer’d to give me a Patent for the sole Vending of them for a Term of Years; but I declin’d it from a Principle,” Benjamin Franklin wrote of the what we now know to be the Franklin Stove in his autobiography. “That as we enjoy great Advantages from the Inventions of others, we should be glad of an Opportunity to serve others by any Invention of ours; and this we should do freely and generously.”

Franklin, who was frequently cited by Weber, expressed a sentiment that was rather typical of a virtuous man in Protestant-dominated colonial America. Being a financially secure individual, he also refused profit over the lightning rod and labored to help others because “it pleased God,” and “the most acceptable service we render to Him is in doing good to his other children.”

Ironically, secular progressives have fractured the economic well-being of black Americans in a manner wholly independent of the typically-cited impact of Great Society-induced dependence. The secularization of American capitalism, which weakened the virtuous obligation to “worldly asceticism” and frugality, has made the pursuit of wealth an end, and an object of greed.

“The impulse to acquisition, pursuit of gain, of money, of the greatest possible amount of money, has in itself nothing to do with capitalism. This impulse exists and has existed among waiters, physicians, coachmen, artists, prosti-tutes, dishonest officials, soldiers, nobles, crusaders, gamblers, and beggars,” Weber’s thesis states. “It should be taught in the kindergarten of cultural history that this naïve idea of capitalism must be given up once and for all. Unlimited greed for gain is not in the least identical with capitalism, and is still less its spirit.”

White Protestants have done more to further the promise of equality than big government has ever, or ever will, be worthy to receive credit for. To be sure, traditional American philosophy is a unique and, in many ways, contradictory combination of English common law, Natural Law and the Protestant ethic. However, as historian Robert Middlekauf correctly stated in the Glorious Cause, more than any other element to American society it was the common tenets of Protestantism and Natural Law that shaped our worldview and justified independence.

And these same tenets would serve as the justification to abolish slavery.

I, as well as others like Middlekauf and Bernard Bailyn, who have spent countless hours reading primary colonial sources  — i.e. letters, diaries, pamphlets and other correspondences — all agree that abolitionist sentiment was strong among our more notable Founding Fathers.

Contrary to Massey’s revisionist version of history, even many of those who personally owned slaves despised the institution and would later pay for their emancipation, as well as the education that was legally required to do so. She might be surprised to learn Franklin frequented the Pennsylvania Abolition Society, while John Jay, Alexander Hamilton and Aaron Burr were members of the New York Manumission Society.

George Washington, the central figure of her targeted racist fresco (The Apotheosis of Washington), who provided for the release of slaves working at Mount Vernon upon his wife’s death, said “there is not a man living who wishes more sincerely than I do to see some plan adopted for the abolition.”

Worth noting, most of Washington’s former slaves stayed with Martha Washington at Mount Vernon.

What founder-hating progressives refuse to acknowledge is that the fragility of the early republic made it a sad necessity to prioritize national preservation over slavery. But, make no mistake about it, for those of us who are intimately familiar with their works, there is little doubt our Founding Fathers knew they were laying a philosophical foundation that would inevitably end slavery.

And it was in the “racist,” white Protestant houses of God across our nation that the crime of slavery was indicted, not in the halls of progressive government. 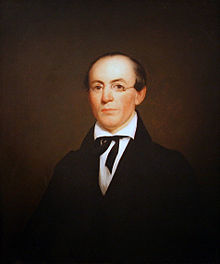 The abolitionist movement exploded during the Second Great Awakening, which began in the first half of the nineteenth century. Equality under the “Laws of Nature and Nature’s God” demanded fulfillment of the promise of liberty for all–the promise of the American Revolution.

William Lloyd Garrison, who credited the 1826 book Letters on Slavery by Reverend John Rankin for attracting him to the cause, was a “Holy Warrior” and a product of the Protestant-led revival. He also happened to be the mentor to the prominent black American abolitionist– Frederick Douglas– who consequently, lived by the Protestant ethic and would no doubt denounce dependency programs supported by Massey and Co. as racist.

“All people were equal in God’s sight;” James B. Stewart wrote in Holy Warriors, “the souls of black folks were as valuable as those of whites; for one of God’s children to enslave another was a violation of the Higher Law.”

Unless Massey or her revisionist mentors can correct me, it wasn’t a higher law imposed by big government that Stewart was talking about.

Speaking of manmade statist laws, the Jim Crow era wasn’t inevitable and didn’t manifest out of thin air because the South couldn’t get over their loss after the Civil War. Big government policies pushed by dealers of social retribution (now referred to as social justice)–which President Abraham Lincoln opposed before his assassination–have been erased from the progressive history books.

Union army regiments seizing long-held family lands, the wholesale pillaging and burning of southern towns and raping of southern women, is the true story of Reconstruction we are no longer allowed to talk about. The final straw came in the form of the Grand Army of the Republic pension scheme, one of the nation’s first examples of true cronyism that by 1880 consumed 25% of the federal budget. The GAR lobby, a must-have endorsement for any progressive candidate, forced the South through taxation to pay veterans of the union army.

It was progressive big government that reignited hostilities toward the North, which resulted in the rise of Democrat-led “Redeemer” governments. They regained control of once-multiracial state governments and passed waves of legislation from 1887 to 1901, effectively ushering in the Jim Crow era.

The rest is history and, in truth, history tells us that black lives have always mattered to Protestant Americans. On the other hand, the proponents of big government, who have dominated their governance since the 1960s, just started to care about black lives because their votes matter now more than ever.

(NOTE: This article has been updated. A previous version stated Washington provided for the release of the slaves at Mount Vernon upon his death, which should have read his wife’s death. However, as the reader correctly notes, she emancipated the slaves prior to her death, regardless.)
[mybooktable book=”our-virtuous-republic-forgotten-clause-american-social-contract” display=”summary” buybutton_shadowbox=”true”]