HomeOpinionBill O’Reilly, WAKE UP! Jihad is NOT a Perversion of Islam 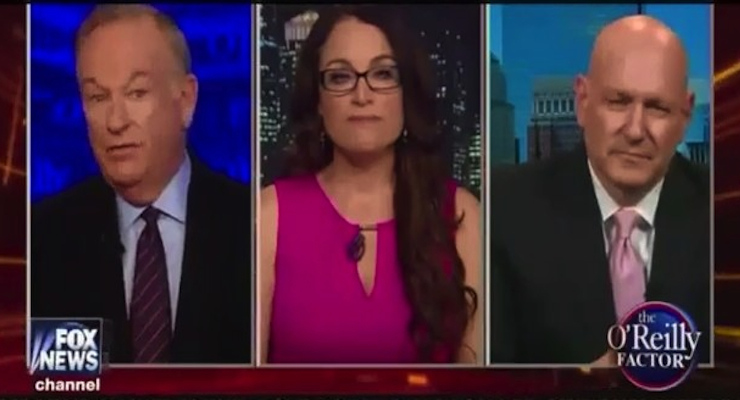 Jihad is not a Perversion of Islam, it IS Islam

Bill O’Reilly, Fox Superstar could not express more ignorance than when he was so insistent that he was right he shut down a psychiatrist disagreeing with him and stated: “Spiritualism falls a part in the face of the jihad. OK. Which is a perversion of Islam. We all know that.”

O’Reilly needs to put his thinking cap on and take his foot out of his mouth. The term Jihad according to Webster-dictionary.net means:

Calling jihad a perversion of Islam is nothing but a demonstrative show that Bill O’Reilly is incredibly ignorant of Islam, or has succumbed to Civilization Jihad. Jihadists claim they are dying for Islam. They have the exact same beliefs as those Muslims who attend Jumma prayers each Friday at their local mosques.

How do we know this to be true versus Bill O’Reilly’s foolish belief that Jihad is a perversion of Islam?

Tarek Fatah pointed out on January 10, 2015 that “[there] is a specific ritual prayer uttered by most Mosque Imams just prior to the formal Friday prayer we Muslims refer to as the Juma’a. In the prayer, the clerics ask Allah among other things to give victory to Muslims over the ‘Qawm al-Kafirun,’ the Arabic phrase that lumps all non-Muslims, that is Jews, Hindus, Christians, Atheists, Buddhists and Sikhs into one.”

“I was hoping this particular prayer would not be uttered on the day Islamist Jihadi Terrorists killed four Jews in Paris in the name of Islam and just two days after the Charlie Hebdo massacre,” Fatah added. “To my disappointment, there was no such thoughtful omission at the downtown Toronto Masjid run by the Muslim Brotherhood-affiliated Muslim Association of Canada. Far from being solemn and condemn the acts of terror, Imam Abdool Hamid showed no sense of humility or humbleness, remarking in English how he wished Islam “will become established in the land over all other religions, although the ‘Disbelievers’ (Jews, Christians, Hindus and Atheists) hate that.”

“I bear witness that there is no God worthy of worship but Allah. He is one and has no partner, and I also bear witness that Muhammad (PBUH) is the Servant and Messenger of Allah, whom Allah sent with the ‘Religion of Truth’ [Islam] and with Guidance so that this Truth and this Guidance [Islam] will become established in the land over all other religions, although the ‘Disbelievers’ (Jews, Christians, Hindus and Atheists) hate that.”

“Later on he would repeat the ritual praying to Allah to grant Muslims victory over Non-Muslims.”

O Allah give victory to our Brothers. The Muslims, the oppressed, the tyrannized and the ‘Mujahideen’ [those who fight the Jihad] around the world.

O Allah, pour patience, upon Muslims strengthen their feet and give them victory over Non-Muslims (qawm el Kafirooon).

O’Reilly’s ignorance on jihad being a part of Islam is confounded further by textbooks used in Islamic schools in America. What Islam is All About by Yahiya Emerick, is an Islamic textbook written for grade 7. This text explains the justification for jihad and who it is required of.

…the goal of a physical Jihad is not to have a big war, gain riches or kill people, it is to further the cause of Allah and to create justice on Earth. Then when the evil is removed, or the other side wants peace, we are to make peace as well…

A physical Jihad may oly be initiated for three reasons: 1) To defend the Muslim community against aggression. 2) To eliminate an evil force which is oppressing people. And 3) To remove any barrier to the free flow of Islamic da’wah….

A person who is engaged in Jihad is called a Mujahid, or Struggler for Allah… (page 164)

So, Bill O’Reilly if they teach this in Islamic private schools across the country, do you need to stand up be a man and say those all important 3 words that respectable honorable men say when they make a mistake? I was wrong.

Own up to it O’Reilly, that you said something wrong or you become a major media assentor to misinformation on Islam!

It Depends on What the Meaning of 'Crazies' Is