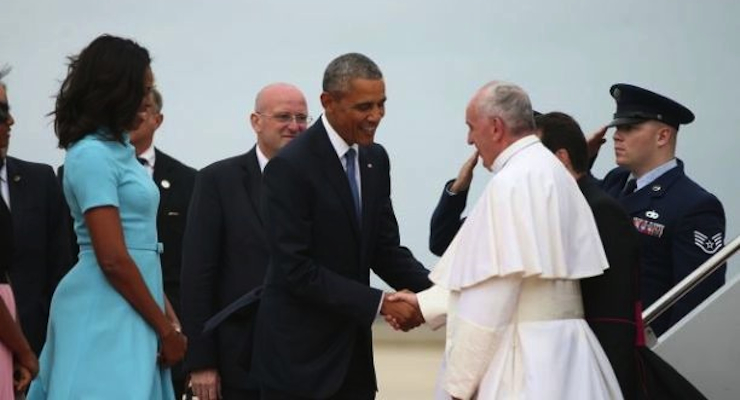 Normally, the issue of the pope’s infallibility wouldn’t much concern me, but it does get my attention when opportunists attempt to leverage his heft to advance their political agenda.

The next question is on what range of issues is he deemed infallible? Without researching the matter too deeply, I think we can safely assume that it is only on doctrinal matters. But where do we draw that line? The question is interesting because theology often overlaps with politics and because everything in our society seems to be about politics these days.

I became interested in this when I saw a reference to an opinion piece by Ramesh Ponnuru, a respected conservative Catholic whom I understood to be saying that a stronger argument could be made for the pope’s authority on the issue of abortion than on most economics issues — because the Roman Catholic Church has a much more specific official teaching on the former than it does on the latter. I made the mistake of tweeting about this — the mistake being that it’s too complex a subject to address in Twitter’s 140-character limit. I tweeted, “I’m not a Catholic, but I agree with those Catholics who’ve said (the pope’s) statements on abortion/life are in his domain but economics are not.” Ponnuru, in a later post, clarified that he acknowledges that a pope can weigh in on economic matters but said “that we should distinguish between the pope’s off-the-cuff remarks and the Church’s official teachings.”

Interesting exchanges followed because some assumed that, like many others, I am willing to use the pope’s influence when he says something that suits me (pro-life) but reject his opinion when it differs from mine (on global warming and socialism).

But as a non-Catholic, I’m really not interested in using his authority to bolster my positions; I just think the question of his range of authority is interesting to contemplate.

I conceded that Jesus was profoundly interested in the poor and charity, but I noted that capitalism is the best system to lift the poor out of poverty. Besides, I don’t believe that the Bible anywhere suggests that Christians can satisfy their duty to be charitable by advocating forced transfers of other people’s money. If anything, I think biblical principles encourage political and economic liberty.

But on further consideration, the issue really isn’t the pope’s infallibility or the scope of his infallibility, because infallible or not, the pope is the head of the Catholic Church and a global figure who carries serious weight on any matters he chooses to address. Realizing this, people all along the political spectrum were selectively citing the pope’s positions to justify their own when it helped them and ignoring them otherwise.

Unsurprisingly, the greatest offender was President Obama, who apparently sees Pope Francis’ perceived liberal views on certain issues and his timely visit to the United States as a perfect storm to reignite his singular mission to complete the fundamental transformation of the United States.

In his remarks at the arrival ceremony for the pope, Obama went into full preacher mode, from uncharacteristically beginning his speech with the Christian staple “what a beautiful day the Lord has made” to modulating his inflections to full televangelist mode to framing his entire political agenda in terms of spiritual imperatives. Obama’s gross opportunism was more transparent than anything this “most transparent” of presidents has done in office.

Obama didn’t skip a beat, praising the pope for calling on us “to put the ‘least of these’ at the center of our concerns” and for standing up for justice and inequality. Obama extolled the pope for supporting his new direction in Cuba and for reminding “us that we have a sacred obligation to protect our planet.”

People will, of course, argue that Obama was innocuously praising the pope for his leadership, but Obama is driven not by spiritual concerns but by political ones. He deliberately chose his words to establish solidarity with the pope on his — Obama’s — agenda. You’ll note that Obama omitted the subject of abortion. He did invoke America’s tradition of religious liberty, but he conspicuously ignored his own record in trampling on that liberty, including the conscience rights of Christian institutions.

That Obama used the pope as a political prop was further demonstrated by White House spokesman Josh Earnest’s comparison of Obama with the pope — in citing their mutual dedication “to helping the less fortunate,” their “commitment to social justice” and the common ground in their values.

It’s remarkable that even a narcissist of Obama’s caliber would allow — direct, probably — his spokesman to make the pope’s visit about him.

The American people are onto Obama’s mission to turn America away from its founding principles, so what a great opportunity to co-opt an outside voice to re-energize his quest. Obama is nothing if not relentless, and liberty lovers would do well to keep that at the forefront of their minds, lest they fall into complacency in the last year of his presidency, which could be the most damaging yet.

Is the Pope a False Prophet?