HomeOpinionPoor Women Should Be Able to Choose Surrogate Motherhood

Poor Women Should Be Able to Choose Surrogate Motherhood 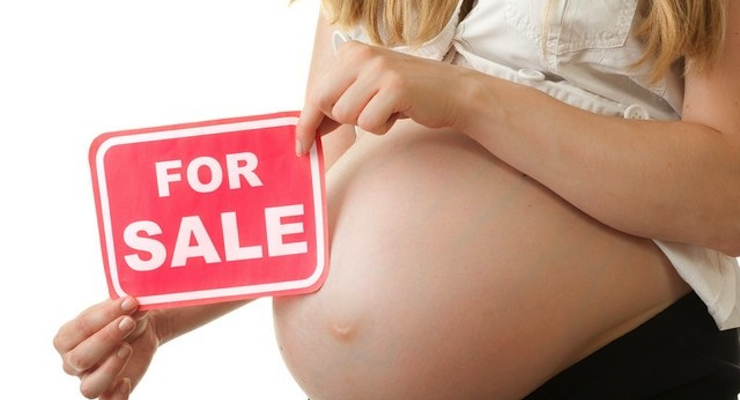 What’s the difference between libertarians and conservatives? I’ve touched on that issue before, citing some interesting research which suggests that the underlying difference involves cultural factors such as attitudes about authority.

But let’s narrow the question and look at the specific issue of how conservatives and libertarians differ on people’s right to make decisions about their own bodies.

By the way, this is not a discussion of abortion, which involves another person (or fetus, or baby, or clump of cells, or whatever you want to call it). Since there’s no consensus libertarian view on this issue (other than not having it subsidized by the government), I’ll let others fight it out over whether mothers should be able to abort.

Today, I want to look at whether people should be free to control their own bodies in cases when there’s a much more

clear-cut case that there is no harm to others.

The obvious example is drug use. Libertarians believe that people should be able to use drugs, even if we happen to think they’re being stupid.

And I can’t help noting that more and more conservatives are realizing that the Drug War does more harm than good.

But let’s use a different example. The Washington Post recently reported that the government of India wants to prevent low-income women from improving their lives.

The issue is whether these women should be able to act as surrogate mothers.

India is one of the top countries in the world for couples searching for surrogacy that can be done far more cheaply than in the United States and elsewhere. It is a booming — and largely unregulated — business in India, with thousands of clinics forming the backbone of an estimated $400 million-a-year industry.

Before I continue, I can’t resist pointing out that – if we use words properly – the industry is regulated. But the regulation is very efficient because it’s the result of private contracts, not government edicts.

That being said, let’s not get distracted. The main issue is whether these voluntary contracts somehow are exploitative.

Critics have long said that fertility clinics and their clients exploit surrogate mothers — often poor and illiterate women from rural areas who are paid little.

But how on earth is this type of arrangement bad for Indian women?!?

A surrogate mother profiled in The Washington Post was paid $8,000: an amount 12 times what she made as a garment worker.

The article doesn’t specify whether the surrogate mother was paid 12 times what she earned in a year, or whether the pay was for the nine-month period of pregnancy. Regardless, the woman clearly was a big winner.

Yet this practice somehow arouses antagonism among India’s political elite.

India’s Supreme Court recently labeled it “surrogacy tourism” and called for a ban. The government submitted an affidavit to the Supreme Court on Wednesday saying that it “does not support commercial surrogacy” and that “no foreigners can avail surrogacy services in India,” although the service would still be available to Indian couples.

I’m not sure why Supreme Court Justices are lobbying for legislation. Maybe India’s system somehow enables that kind of grandstanding. But it’s not good for poor Indians, or the Indian economy.

More than 6,000 surrogate babies are born in India per year, about half of them to foreign couples, according to one industry estimate. “We are taken aback by the government’s stand against foreign nationals,” said Jagatjeet Singh, a surrogacy consultant in New Delhi. “On one hand, the government is promoting foreign investment and the medical tourism industry. And on the other, they are talking of banning foreign nationals from coming to India for surrogate babies. There are dual standards.”

My guess is that richer people in India (such as members of the political elite) don’t like being reminded that their nation is poor. They’re probably somewhat chagrined and embarrassed that they live in a country where thousands of women will jump at the chance to rent their wombs to foreigners.

But even if that’s an understandable emotion (I’m a bit ashamed when foreigners ask me about FATCA, for instance), that doesn’t justify laws banning voluntary exchange between consenting adults.

Moreover, renting a womb isn’t like working in a strip club or being a prostitute. As a libertarian, I don’t want to criminalize those professions,

which just makes life harder for women in difficult circumstances. But we can all understand why there’s some degree of shame associated with stripping and hooking.

Heck, I can even understand why some folks don’t like voluntary kidney sales. It’s human nature, after all, to prefer a world where nobody is ever tempted to make big decisions for reasons of financial duress.

Earning money by being a surrogate mother, by contrast, seems perfectly benign. Perhaps somewhat akin to guys who make money by going to sperm banks.

P.S. A related issue is “sweatshops,” which some folks want to ban even though that denies poor people an opportunity to climb the economic ladder and improve their lives.

A Weekend In Moscow