HomeOpinionNone Dare to Call it Treason, But What Else Do You Call Appointing Radical Islamic Sympathizers?

None Dare to Call it Treason, But What Else Do You Call Appointing Radical Islamic Sympathizers? 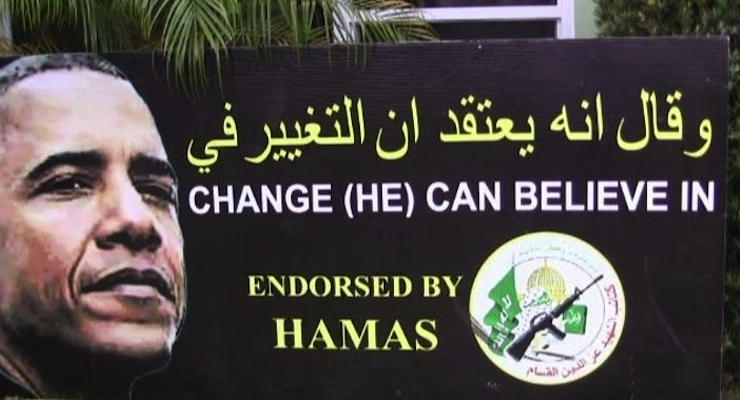 Associating With the Sympathizers of Radical Islamists is Not Treason?

With the clear and rational legal definition of treason being: a) adhering to the enemy and/or, b) giving them aide and comfort, it is not difficult to ascertain whether a person is guilty of this charge.

Persons who work in the field of counter-terrorism are aware of groups such as Hamas, a designated Foreign Terrorist Organization (FTO). In addition, part of their job is to be watchful for Hamas sympathizers here in the United States. In 2007 and 2008, the largest trial on terror financing in American history took place and centered on the Holy Land Foundation Relief and Development, which had sent Hamas $12 million over its existence.

The HLF’s officers were jailed for money laundering and rendering material assistance to a terrorist entity before the Obama administration under Attorney General Eric Holder decided to abandon the prosecution without explanation. The Hamas Charter states it is a chapter of the Muslim Brotherhood, of which Osama bin Laden was also a member until he left this earth.

Any president who knowingly appoints persons who have had relations with Hamas, Al Qaeda, or affiliated groups to high positions impacting national security would then be guilty of treason. Of course, the key here is the word “knowingly.”

Robert Malley was appointed to be the President’s Czar in the fight against ISIS on December 1, 2015. Barack Obama, as a presidential candidate in 2008, fired Robert Malley when it was exposed on Nov. 11, 2008 he met and had regular contact with Hamas. This means the Barack Obama was aware of the connection Robert Malley had to Hamas, an organization designation by the federal government to be a terrorist organization.

Was Robert Malley confirmed by the U.S. Senate? No. He’s a Czar.

Robert Malley has a long history with and deep ties to questionable characters in the not-so moderate Muslim community and possibly the Muslim Brotherhood. His father, Simon Malley, whom NBC described as “a well-known journalist born in Egypt who had ties to the Egyptian government,” is known for his anti-colonialist views and sympathy for the Palestinian Liberation Organization (PLO). Malley’s family had close ties to Yasser Arafat, founder of the PLO.

Malley’s pro-Islamist views first became public in 1996 when he wrote, The Call from Algeria: Third Worldism, Revolution, and the Turn to Islam. Then, his views again became the center of scrutiny in 2001 when the major media outlet exposed his favoritism towards Yasser Arafat and the PLO for insisting Israel was at least partly to blame for the failed 2000 Camp David Accord. His views were so controversial even the left-leaning press covered the events were not buying it, exposing his bias on a national and international level.

Fast forward to February 18, 2014 and now-President Barack Obama appoints Malley to the position of a Senior Consultant on the Persian Gulf with the National Security Council. This is important to note, as Malley was the official responsible for Obama’s policy which enabled the Islamic State to be created from ISIS, which ceased to exist in June of 2014 after Abu Bakr al-Baghdadi declared the Islamic State caliphate.

ISIS, a name along with ISIL are promoted only in the media and the White House, does not exist today, only the Islamic State. There is an important distinction and not to draw one is to misinform and misdirect the public into thinking ISIS is not Islamic.

Did Malley receive anything remotely resembling a demotion for this? No. In fact, now one year later he received a promotion to “Senior Advisor [Czar] to the President for the Counter-ISIL Campaign in Iraq and Syria.”

Is it treasonous to place a man with known connections and affinity to a FTO to positions of national security? Is it treasonous to promote him to a position which requires no Senate confirmation, particularly if his policy created such calamity? Will the House impeach the president for the crime of treason on this issue? Sadly, no. There is not one real man in the House of Representatives who is willing to stand up and start the process.

What does this mean? Malley will serve as Czar in the half-hearted fight against ISIS until Obama is either removed or term-limited out of office. We can expect the Islamic State to grow exponentially under Malley.

Democrats Could Pick Off Some Trump Supporters