HomeOpinionCruz Has Been Right All Along

Cruz Has Been Right All Along 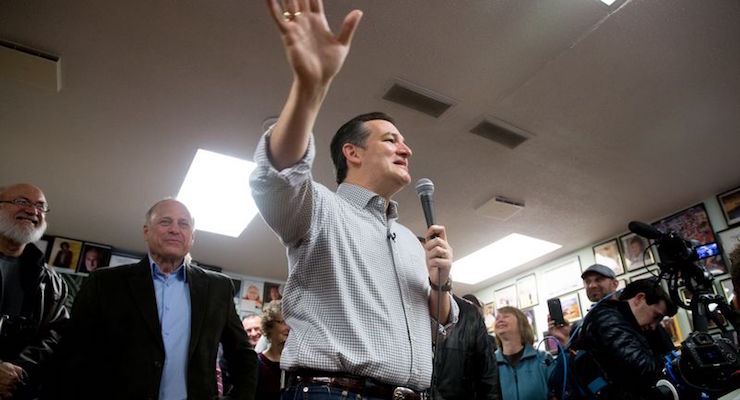 I believe Donald Trump’s meteoric and sustained rise is a direct result of Obama’s largely successful campaign to fundamentally transform America and the establishment Republicans’ unwillingness to fight back.

Grassroots conservatives have wanted someone to stand up to Obama and stand up for our nation — and they are sick and tired of Beltway politicians and pundits alike patronizingly assuring them that nothing extraordinary is occurring and to calm down. “We’ll take care of it after we’re re-elected.” Sure.

Yes, some of these establishment, moderate or, if you prefer, unexcitable types have finally come around, belatedly acknowledging Obama’s intentions but failing to admit they were slow on the uptake, much less that they’re sorry for branding the rest of us who caught on years before they did as mean-spirited, extremist or kooky.

It’s important to review this history, not for “I told you so” purposes, but because it’s relevant to our current hotly contested GOP campaign and how we choose to go forward. It’s crucial in assessing and judging Ted Cruz’s actions in valiantly trying to stand up for the people against Obama’s tyranny.

The establishment has always been squeamish about standing up to liberalism, forever cautioning us not to sound too much like the conservatives we are for fear we will sound mean and alienate independents, centrists and other squishes we need to win national elections. Never mind that the only time we’ve resoundingly won these elections — presidential and congressional — is when we’ve run decidedly conservative candidates or pushed strongly conservative themes. With our moderates we have mostly lost.

The establishment’s allergy to fighting reached its apex with the advent of Barack Obama. Presumably because of his race, his initial popularity or his projected image as a uniter, their fear of resisting Democrats grew into full-blown paranoia. This was most noticeable in the budget battles the GOP had with Obama.

They told us not to allow the government to shut down, because the people would blame Republicans — the party perceived to favor smaller government — and we’d lose the next election. Taking their argument to its logical conclusion, Obama could have taken an infinitely unreasonable position without being blamed for the shutdown, and that is absurd.

Even after we won the next elections our guys were no more emboldened. They continued to move the goal posts to the next election after that. And so it went. Many of those elected on promises to stop or try harder to stop this nonsense were co-opted by the establishment or pressured into acquiescence.

Ted Cruz, along with a few others, rejected the conventional GOP wisdom and refused to take their orders to stand down. The establishment uniformly pans his “doomed-to-fail” efforts and says he was only showboating in furtherance of his political ambitions. But what if they’d stood united behind him? What if they’d expressed similar confidence in conservative ideas and joined with him both in resisting Obama’s lawless despotism and in taking their case directly to the American people, instead of dooming his efforts by telegraphing their surrender in advance?

These same people blister Obama for such feckless negotiating tactics and preemptive surrender with respect to Iran, but when dealing with Obama they fold like the crease in his pants.

The establishment has always justified their position by claiming that we didn’t have the votes to override Obama’s vetoes or overcome Democratic filibusters, or that we would be blamed for shutting down the government. Conservatives have argued otherwise — that we might have won some of these battles if we’d stood up for our ideas, and if not, we’d certainly have been in a better position to win the next election having tried and stood for something. That’s not futility; that’s not “Don Quixote.”

From one perspective we can’t prove who was right, because Congress didn’t often stand up to Obama and our idea was never tested. But from another perspective we conservatives are vindicated.

That the establishment didn’t sufficiently oppose Obama, reserving most of its angst for conservatives instead of the president, directly led to Donald Trump, who would not have resonated otherwise. The establishment’s habitual weakness gave us Trump, which means their arrogant and unyielding calculations about the next election were wrong. This is the big next election they never anticipated because they underestimated the degree to which they were disappointing and infuriating the base and frustrating their will.

I believe if the establishment had backed Ted Cruz we’d have seen different results, though I can’t conclusively prove that. But I am pretty sure I don’t need to prove the obvious reality that Trump arose because they wouldn’t join Cruz and their constituents in the fight.

I appeal to the rest of you to review recent history in this light and to reconsider the wisdom of Ted Cruz’s approach, even though it was rejected by the majority of other Republican politicians, whose very party is on the ropes because of their conceit, arrogance and tone-deafness.

Cruz was right, and grassroots conservatives were right. We should have stood up to Obama then and didn’t, so Trump was born and is flourishing. With Ted Cruz we know what we’re getting and we know it’s the reverse of Obama’s infernal effort to fundamentally transform America. Say what you want about Ted Cruz, but about this there is little doubt.

The Demand for Villains