Many Americans used to regard New York City as a bankrupt foreign vessel docked on their Atlantic coastline. Then the place got cleaned up, and after the heroism (and stoicism) of Sept. 11, 2001, much of the hostility was replaced with affection.

Perhaps nothing signifies the change in status more than the prospect of four — count ’em, four — New Yorkers as leading candidates for president. The latest would be former New York City Mayor Mike Bloomberg, who just said he was considering a third-party run.

Already on base in this subway series are Donald Trump, former New York Sen. Hillary Clinton and Bernie Sanders, a senator from Vermont whose voice never left Brooklyn.
Bloomberg’s interest in entering the race apparently reflects his alarm that socialist Sanders might be the Democratic candidate and bigmouth Trump the Republican. Two polarizing candidates might open up a third-party opportunity. Nothing personal, you understand.

Ted Cruz probably regrets his attack on Trump’s alleged “New York values,” which he defined as “socially liberal, pro-abortion, pro-gay marriage and focus around money and the media.”

Trump’s defense of the city drew cheers from the Republican debate audience. But the best comeback was later supplied by Long Island Republican Pete King, who advised Cruz, “Go back under a rock.” 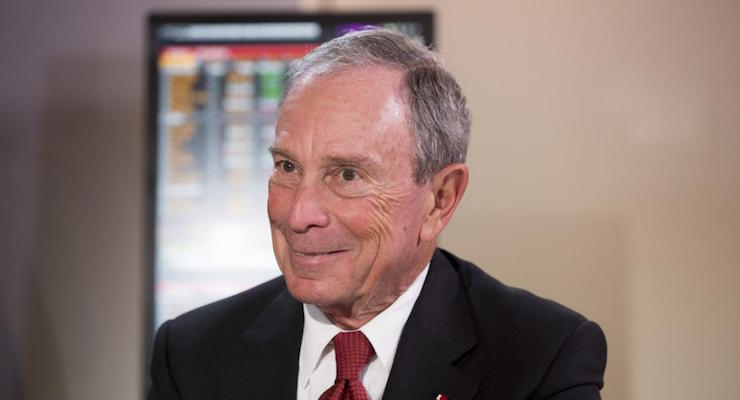 Michael Bloomberg at a news conference at the COP21 climate summit in Paris, on Dec. 4, 2015. (Photo: Christophe Morin/Bloomberg/Getty)

New York City has long been misunderstood as a hotbed of radical left politics embodying an attitude of anything goes in one’s behavior. That’s not quite right. More than socially liberal, New Yorkers are socially tolerant. There’s a difference.

New Yorkers must deal with people of all colors, accents and cultural folkways. There are 8.4 million stories in the naked city, and if you can’t make peace with that, New York will drive you nuts.

But the populace also has a conservative streak. They want the chaos carefully managed. Current Mayor Bill de Blasio is the first Democrat elected in 20 years — and his radical-left policies are not going over very well.

Obviously, party labels in the city’s local government don’t matter much. Bloomberg was a former Democrat elected mayor as a Republican and then re-elected as an independent. Pragmatism is his middle name.

The combative New York way of speaking may be helping the Trump and Sanders campaigns. Linguists say it conveys emotion and an air of honesty, a telling-it-as-it-is. It’s no accident that the most successful right-wing radio haranguers are New Yorkers Bill O’Reilly, Sean Hannity and Michael Savage.

For good or bad, Trump towers over the rest as the quintessential Broadway showman. He makes average working people feel they’ve been invited to his party. When Trump says of Cruz, “He’s a strident person; nobody likes him,” that’s intimate cocktail banter he’s sharing with everyone.

And his are madcap parties. Trump lit up with childish delight during Sarah Palin’s disjointed endorsement of his candidacy. It was as though he had just seen a chimpanzee swing on the chandeliers.

The other New Yorkers are far more contained. Clinton, a daughter of the Midwest, is guarded. Boston-born Bloomberg is sober to a fault. Sanders, meanwhile, neatly divides the world between “establishment” (bad) and those on his side (good).

As for Bloomberg’s possible run, the other New Yorkers have responded with cautious courtesy. Trump said he likes Bloomberg. Clinton said she feels likewise, adding that Bloomberg won’t have to run if she’s the Democratic nominee. And Sanders offered a fairly innocuous self-reference: “Now I’ll be running against two billionaires.”

No New Yorker has occupied the White House since Franklin D. Roosevelt died while in office 71 years ago. That’s a long time for New Yorkers to be out of the presidential game. They may very well be back.

Cruz Has Been Right All Along