HomeOpinionDemonizing Christianity as a Global Menace

Demonizing Christianity as a Global Menace 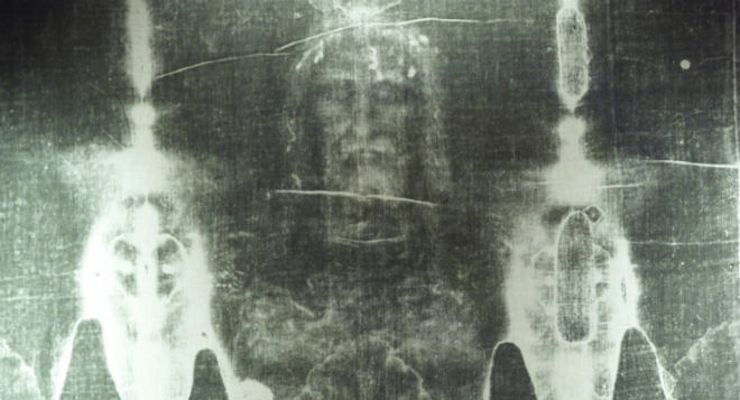 The Shroud of Turin is is believed to be the burial cloth of Jesus, revealing the face of Christ as it was impressed in a strip of linen. (PHOTO: CORBIS IMAGES)

Can you believe anyone even organizes a “white privilege” conference these days — seven years into Barack Obama’s presidency? Well, you’d better believe it, and you should also know that at least one of the speakers at this conference is militantly Christophobic.

The 17th annual White Privilege Conference was held in Philadelphia from April 15 to 17. Blake Neff of The Daily Caller attended the conference and reported that “activist and author Paul Kivel” actually claimed that “almost every dysfunction in society, from racism and sexism to global warming and a weak economy, is united by the ideology of ‘Christian hegemony.'”

What’s the problem, you ask? Well, in the United States, according to Kivel, between 7,000 and 10,000 predominantly white Christian men run the major institutions and “colonize our mind” with Christianity’s core ideas, which leads to most of the world’s problems.

Kivel identified three particularly severe problems in the modern world that are caused or worsened by Christianity. First are wars in the Middle East, which he says are a result of Christianity’s effort to spread Western ideas and influence.

The Bible does direct Christians to spread the “good news” to the ends of the earth (Matthew 28:18-20). But Christianity started in the Middle East and spread outward from there. By A.D. 100, the Christian church had been established in regions throughout the Mediterranean, largely because of the Apostle Paul’s missionary journeys (Acts 16-20) and the evangelism of Peter, John and others.

Perhaps Kivel had in mind America’s wars with Iraq in the past quarter-century and our effort to plant self-rule in the region. Though the wisdom of our nation-building effort can certainly be debated, our involvement is hardly the reason for the age-old conflicts in the Middle East, which, in all likelihood, will continue as long as the world does.

The second problem Kivel attributed to Christianity is the economic destruction it has caused because, wrote Neff, “it provides that God-like ‘invisible hand’ that supposedly drives market forces within a flawed capitalist system.”

It is tragic that the left has successfully rewritten history to demonize capitalism as the source of poverty rather than the great engine of unprecedented prosperity it has been for the United States, the Western world and beyond.

Kivel identified the third problem as Christianity’s conflict with “global warming,” wrote Neff, “because under Christianity mankind has dominion over the Earth, rather than requiring that humans treat the Earth itself as ‘sacred.'” Interestingly, Kivel is lexiconically challenged, as he failed to use the proper terminology for this vexing menace — “climate change.”

The Bible gives man dominion over all other living things (Genesis 1:28), but it does not sanction man’s abuse of the environment or other creatures. The Bible does not exhort mankind to deify “Mother Earth” as radical environmentalists do. But it does promote prudent stewardship, from the parable of the talents (Matthew 25:14-30) to God’s commanding that the fields and vineyards be sown and harvested for six years but left fallow in the seventh year to replenish the soil’s nutrients (Exodus 23:10-11 and Leviticus 25:1-7).

Christianity, argued Kivel, also orients us to distinguish between good and evil, which forces us to adopt a “with us or against us” mentality. “There’s nothing inherently good or bad about the weather or about people,” Kivel insisted.

I’ll concede that though the weather can be a destructive force, it is not capable of good or evil. But yes, the Bible definitely distinguishes between good and evil, and it is quite clear that all men are fallen.

Next, Kivel made the irrational leap that to distinguish between good and evil leads to condemnation of various things as worthy of destruction. From my perspective, however, it is not Christians but leftists such as Kivel who are most intolerant toward people and ideas of other religions or secularists.

Finally, Kivel castigated Christianity’s “hierarchical” views that place “God over people, men over women, parents over children, (and) white people over people of color,” which, in his view, inevitably leads to systems that justify or glorify oppression.

The Bible does — big surprise — place God (the Creator) over man (the creature), and it places parents over their children for the purpose of raising them through their formative years — an idea no doubt shocking to such leftists. But it does not teach that there are differences in human dignity; all people (male and female) are created in God’s image (Genesis 1:27), which is intrinsically irrespective of race. It is rich for Kivel to argue that the Bible glorifies racial oppression when Christians were the leaders in the anti-slavery movement.

Before you dismiss all this as the thinking of a fringe leftist, please consider that it is a logical extension of “progressive” thinking that liberals, especially in the universities and the media, engage in every day. Indeed, it would be intellectually dishonest to deny that leftist race- and gender-baiting, as well as capitalism-bashing, permeate our university curricula throughout the United States. Everything involves identity categories — race, gender, income and the rest. Ironically, the left’s obsession over race, gender and the like tends to diminish, rather than promote, human dignity and individuality.

Despite the skewed thinking and propaganda of leftists such as Kivel, Christianity, as abundant evidence demonstrates, has been a force of good in this world and continues to be.
[mybooktable book=”the-emmaus-code-finding-jesus-in-the-old-testament” display=”summary” buybutton_shadowbox=”true”]