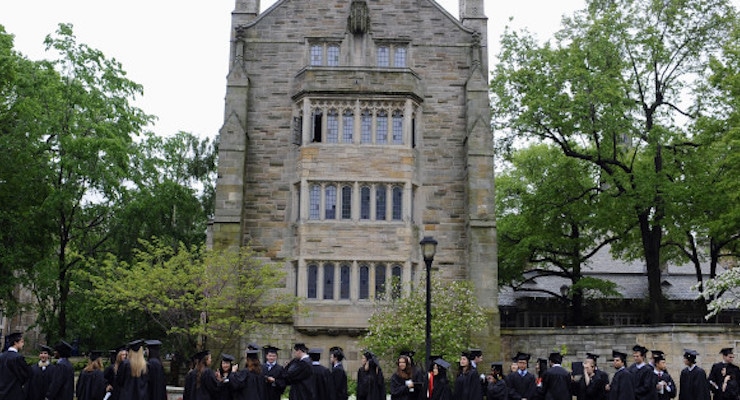 There’s been much talk on the campaign trail about helping students pay for college and not enough about exactly what they’re buying. It’s ludicrous that student debt has passed $1 trillion and that nearly 20 percent of the undergraduates who borrowed for college are in default on their student loans.

Where is the money going? It’s going to multimillion-dollar pay packages for college presidents, country-club campus amenities and, increasingly, an expanding army of administrators tasked with micromanaging the drinking habits, sex lives and sensitivities of people who in any other American context would be considered adults.

Happily, there exists an alternative to four bankrupting years on campus. There’s almost no learning, be it liberal arts or STEM (science, technology, engineering and math), that can’t be had free — or close to it — online. MOOCs (massive open online courses) are perfectly suited to disrupt the campus model.

As suggested above, expense isn’t the only thing powering this revolution. It’s the sense that the people running the universities have lost their minds. Either that or they’ll say almost anything to get protesting students off their backs. (In doing so, they’re also softly egging the students on to say absurd things that could haunt them when prospective employers Google their names.)

Last month, some Emory students complained about feeling “unsafe” after espying “Trump 2016” graffiti on campus. Rather than explain the right to free speech and impermanence of chalk, Emory’s president met with several protesters and announced, “I cannot dismiss their expression of feelings and concern as motivated only by political preference or over-sensitivity.”

A year at Emory University costs an undergraduate about $63,000, including board and other necessities. Parents paying the full freight at Emory may be entitled to feel a bit queasy about the high cost of post-adolescent day care.

At venerable Yale University, administrators produced — without apparent embarrassment — long instructions on what not to wear on Halloween. Sombreros, for example, were deemed culturally offensive.

Erika Christakis, a faculty member and residence administrator, got into trouble when she wrote an email expressing the obvious: “This year, we seem afraid that college students are unable to decide how to dress themselves on Halloween.”

What followed was the predictable firestorm of outrage alongside the usual demands for an “apology.” Christakis chose to resign from the university.
A Latino friend of mine likes to wear a sombrero to parties. Is he allowed? That might merit a five-page addendum.

What are Yale’s administrators afraid of? That student activists will go wild on the streets of Reddit? And to think the institution has a $25 billion endowment.
The strongest hold universities maintain over students is the power to bestow a diploma attesting to a job applicant’s intellectual or technical abilities. MOOCs are beginning to also award certificates indicating mastery of a subject.

It happens that the CEO of one of the larger MOOCs, Coursera, is a former president of Yale. The teachers there and at the other MOOC giants, Udacity and edX, are mostly university professors.

The convenience of online learning opens higher education to poor or low-income students with day jobs. It helps those wanting to pursue work or travel after high school rather than immediately jump on the college conveyor belt.

Online education lets those not prepared for college-level work catch up on what they missed. It lets older workers go back for the skills they need or the intellectual growth they want.

The time has come to shift higher education toward an infrastructure for grown-ups, be they age 19, 45 or 60. Students should be able to pursue the studies they want at whatever pace suits them. And imagine what they could do with the 60 grand.

Demonizing Christianity as a Global Menace