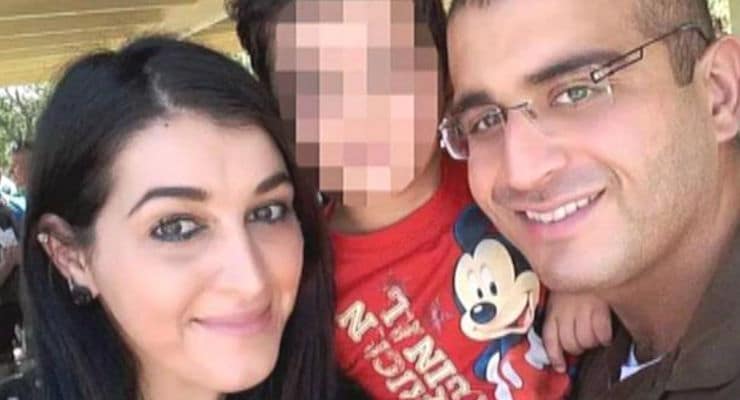 If some maniac blurted out his allegiance to Jesus Christ while mowing down 49 innocent people, do you think there’s any chance President Obama would not showcase those remarks?

Well, in the case of radical Islamist Omar Mateen, the Obama administration not only refuses to emphasize his Islamic battle cry but also is actively suppressing it and trying to prevent the public from hearing or reading about it.

During an interview with NBC’s Chuck Todd, Attorney General Loretta Lynch casually announced that the administration would only be releasing a partial transcript of the 911 calls made by the Orlando nightclub shooter during his massacre. It’s as if Obama is treating the entire nation like children whom he must shield from information he deems unworthy of public consumption.

Lynch said the FBI would release “a printed transcript (that) will begin to capture the back-and-forth between (Mateen) and the negotiators.”

If the administration is going to release the transcript, wouldn’t it make more sense to publish it in its entirety instead of a redacted version, which could be misleading? We’re not talking about withholding confidential information here or any other sensitive information from which authorities might reasonably want to shield the public.

When the administration has the complete transcript available, why would it want to release only part of it and just “begin to capture the back-and-forth”? Why not provide Americans, who are increasingly at risk, with the entire conversation?

Lynch insisted it’s because Obama and company don’t want to further Mateen’s propaganda, but it is obviously about protecting the administration’s narrative — that there is no connection between these types of shootings and the religion of Islam and that Obama has the Islamic State threat contained. Besides, given its track record, how can we trust this administration to be honest about what it is in fact deleting.

In his observations about the mass murder, Obama said: “We see no clear evidence that he was directed externally. It does appear that at the last minute, he announced allegiance to ISIL, but there is no evidence so far that he was in fact directed by ISIL. And there also at this stage is no direct evidence that he was part of a larger plot.”

Every time we have such an incident, Obama is obsessed with denying the killer’s association with the Islamic religion, and he is particularly determined to deny any larger conspiracy because he knows that such a connection would undermine his propaganda that the Islamic State is on the run and constitutes no threat to Americans on our own soil. But Obama’s comments also reveal that he is willfully ignorant or deceitful about the horrific truth that an increasing number of killers are finding comfort in radical Islam, even when not directly backed by ISIS or al-Qaida. The absence of a conspiracy is in some ways more disturbing than its presence would be because it shows just how contagious this problem is and how endemic it is to a certain interpretation of the religion.

It is not the shooter’s propaganda that the administration wants to censor. It is his multiple passionate pledges of fidelity to Islam. We can be doubly sure of this because the administration is not only cutting some of Mateen’s words but also trying to soften their impact — to the extent that is possible — by releasing only a printed transcript and not the audio, which would obviously capture the impact more dramatically and accurately.

The administration’s dishonesty was further demonstrated in Lynch’s interview with CNN’s Dana Bash. Lynch told her, “It’s been our goal to get as much information into the public domain as possible so people can understand, as we do, possibly what motivated this killer, what led him to this place and also provide us with information.”

So what is the administration doing to help the public understand what possibly “motivated this killer”? Omitting Mateen’s most relevant comments on the subject.

There is no justification for Obama’s Big Brother to suppress this information from the public. If the administration’s purpose were to help us understand his motivation, it would include the entire transcript — and the audiotape. But in no event would it release part of his words and omit others directly on the question, resulting in a distorted account of what occurred.

No, the administration’s purpose is not to help the public understand but to keep the public from understanding that the killer’s motivations were precisely what he said they were and what the administration is denying they were. Obama is not trying to obstruct potential Islamic terrorist recruits from hearing Mateen’s religious screams but attempting to prevent Americans from hearing the truth.

Editor’s note: Since this column was written, the Obama administration bucked and released at least a partially complete non-redacted transcript.