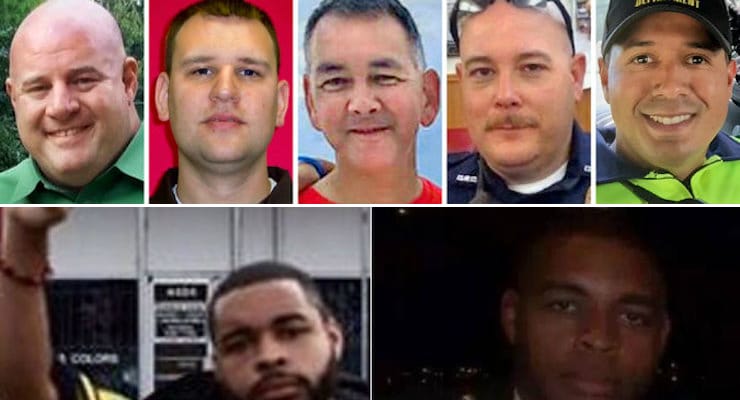 Claims about racist cops from groups like Black Lives Matter lead more people to fear and hate the police.

She points out that activist policing is what people in those neighborhoods need and want, because they are much less safe if fearful cops (or cops who just want to avoid a hateful experience — like being screamed at and called racist) stay in the car instead of questioning the young men hanging out on the corner.

That’s something you probably won’t hear at a Black Lives Matter rally.

But Black Lives protesters also have a point: Some cops are sadistic, racist bullies.

Not many are, but with765,000 police officers in America, if just 1 percent were racist, that would still leave 7,650 bullies with guns. For years, when officers said, “I had to use force; I had to shoot,” Americans usually believed them. Now videos show that, in many cases, officers lied.

In addition, DNA evidence reveals that cops and prosecutors have locked up lots of innocent people — disproportionately poor people and blacks.

So there are good reasons for blacks to be angry.

The “war on cops” narrative is overblown, too. “War” means killing. The attack on officers in Dallas was despicable, but, even including those five deaths, it is still safer to be a cop today than in years past. According to FBI records, 2015 was one of the safest years ever recorded.

Crime is down, too. The media mislead us by dwelling on increases in cities like Chicago, but overall, crime continues to drop.

Prohibition is a bigger threat than Black Lives Matter.

Of course, it’s possible that crime will rise again. Few agree about why it dropped in the first place.

Maybe it’s the increase in video cameras and cellphones that allow people to see and report crime. Some even credit the smoking bans that put smokers on the street where they keep an eye on things. Or looser gun laws — criminals now don’t know whether a victim might be armed. And so on.

But how many people is it right to lock up? America now jails more than any other country. Almost 700 out of every 100,000 Americans are now in jail. In Germany, just 78 people out of 100,000 are. Are Americans so much more criminal?

“Yes,” says Mac Donald, and America should jail more people. “We have a crime problem, not a prison problem. Only 3 percent of all people who commit a violent victimization or property crime end up in prison. You have to work very hard to end up in prison.”

That may be true. But when 17 states cut imprisonment rates over the past decade, they experienced a decline in crime.

A big irony here is that despite the crime rate dropping — and indicators of racial accord such as intermarriage improving — more cops are being armed, armored and trained as if they are at war — with drugs and with protesters — and told they are victims of a “war on cops.”

We should mourn both people killed by criminals and those unnecessarily killed by cops. But beware of people who claim to have simple answers to America’s race problems and crime problems. And beware of the media, which make it seem like life is getting worse.

The War on Cops: Part II