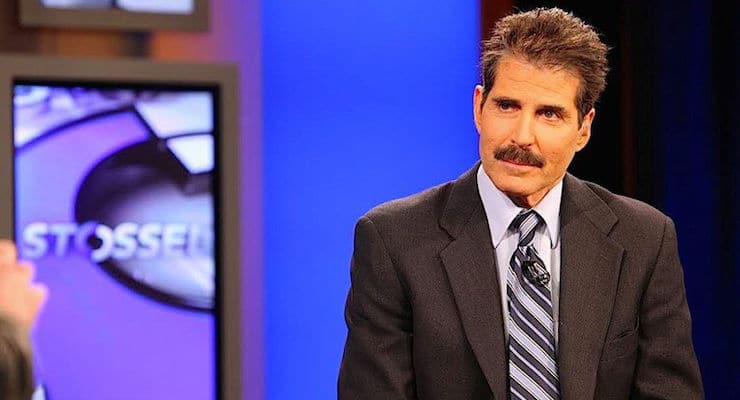 It was refreshing to moderate a “town hall” with the Libertarian presidential and vice presidential candidates last week because Govs. Gary Johnson and William Weld respect limits on presidential power.

Sunday, when Fox’s Chris Wallace challenged Johnson’s plan to replace the IRS with a consumption tax, Johnson pointed out that he’s “not getting elected dictator or king.”

Wallace suggested that means, “Don’t take my policies seriously because they won’t get through.”

It means that Johnson understands that America is a constitutional republic and there are (and ought to be) checks on what presidents can do.

In response to Wallace’s comment about Johnson not taking his promises seriously, Johnson said, “Take them very seriously. Count on certainty that we’re always going to support taxes going lower … being in business being easier, rules and regulations not getting worse.”

Clinton changes positions from year to year: praising trade deals, then condemning them; condemning gay marriage, then praising it — then scolding anyone who doesn’t share her new position.

Trump changes positions even faster, sometimes day to day. After saying he’ll deport millions of immigrants, now he says he won’t if they pay taxes and fill out paperwork — roughly the same position Jeb Bush and Marco Rubio held when Trump trashed them.

Libertarians don’t shift to fit the whims of the day, because we have core principles. One is: On most every issue, less government involvement is better.

“Government doesn’t create jobs!” said Johnson when a young woman asked what Johnson and Weld would “do about jobs.” The Libertarians said jobs get created when government gets out of the way, imposing only a few clear and predictable rules.

While Trump makes vague promises about making government “great” and Clinton about making it “fair,” Johnson and Weld talk about getting rid of as much of it as they can.

“There are constitutional limits to that,” said Johnson. “But if you were to wave a magic wand, there are a number of departments that come up: Commerce, Housing and Urban Development, Education, Homeland Security.”

Unlike Trump and Clinton, Johnson specifies cuts — and he’s willing to go after sacred cows such as defense spending: “You can’t balance the federal budget — something we’re promising to do in the first 100 days — you can’t do that without cutting military spending. … The BRAC Commission, set up by the Pentagon, says that we’ve got to eliminate 20 percent of those bases, but that hasn’t happened.”

“When the GIs returned from World War II, they had two sets of needs, education and health care,” he says. “Education was handled through the GI Bill, which was essentially a voucher system. You could go wherever you wanted, the most successful program in domestic political history of the 20th century. Health care was the … opposite approach: command and control, one size fits all, the government is going to do this.”

The GI Bill vouchers allowed soldiers to enroll at a school they chose. But for health care, they must wait in long lines at government-run veterans hospitals, sometimes dying for lack of adequate care.

Applying these free-market lessons across a range of policies, Johnson and Weld would roll back the drug war, decrease our involvement in foreign wars and give individuals more control over how their Social Security funds are invested.

When an audience member suggested that voting for a third party is a “wasted vote,” Weld replied, “We’re fiscally responsible. We’re socially inclusive and tolerant, (but) if you agree with us and you want to go waste your vote on Trump or Clinton, be our guest. We’re Libertarians.”

Johnson and Weld don’t promise they can get rid of the Washington leviathan overnight, but taking a few steps closer to liberty sounds like a good start to me. It’s a lot better than the path the two major parties want us to take.