HomeOpinionAbstract Immigrants in an Abstract World 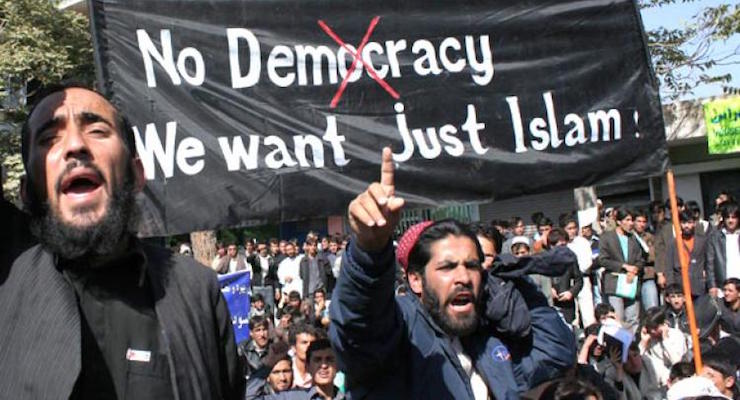 Why would a country with the world’s largest Jewish population, outside of Israel, admit large numbers of immigrants from countries where hatred of Jews has been taught to their people from earliest childhood?

This question is ultimately not about Muslims and Jews. It is about discussing immigrants in the abstract, rather than in terms of the specific concrete realities of particular immigrants in particular circumstances at a particular time and place — that time being now and that place being the United States of America.

A hundred years ago, when immigration from other parts of the world was a major issue, there was a government study which provided voluminous statistics on how immigrants from various countries performed in American society — economically, educationally and in terms of social pathology.

Today, it would not be considered right — that is, not politically correct — even to ask such questions about immigrants, especially if immigrants were broken down by country of origin. Despite some among the intelligentsia who like to refer to the past as “earlier and simpler times,” it is we today who are so simple-minded as to discuss immigrants as if they were just abstract people in an abstract world, to whom we could apply our abstract principles.

Today people flood across the border with whatever diseases they bring, and are dispersed to various communities around the country by the federal government, without even a notice to local authorities as to what history of diseases, or crimes, these immigrants bring — much less what risks of terrorism they bring.

Such high-handedness is neither incidental nor accidental. It is part of a much wider pattern, extending beyond immigration, and extending beyond the United States to many European countries, where narrow elites imagine themselves so superior to the rest of us that it is both their right and their duty to impose their notions on us.

Many of these elites seem to see themselves as citizens of the world, and to regard national borders as unfortunate relics of the benighted past.

If people within those borders are so much better off than other people outside those borders, then to such elites it is only a matter of fairness or “social justice” to let the outsiders in, to get a share of our windfall gain.

However lovely this vision may seem, and however much it flatters those who embrace it, admitting immigrants is an irreversible decision, regardless of how it turns out.

Any problems, or even disasters, that particular immigrants may cause are unlikely to be caused within the gated communities or other upscale enclaves where the elites live.

However much educational standards or behavioral standards may suffer in schools when immigrant children from a poorer background flood in, that is not likely to affect the elite’s children in pricey private schools.

European countries have gone much further down this road, and their elites have been even more immune to hard facts about the disasters they have created. Rapes of women on the streets of Germany by male refugees from the Middle East have been ignored or downplayed by authorities.

Recurrent terrorist attacks across Europe from the same source have not caused any reconsideration of “hate speech” laws that can be invoked against anyone who warns of the dangers.
American elites who say that we should learn from other countries almost always mean that we should imitate what they have done. But what we need to learn most of all is not to repeat their mistakes.

Story Not Over in EpiPen Scandal