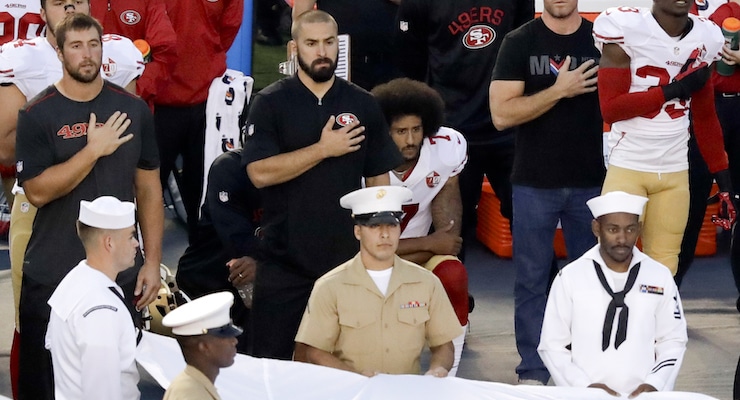 Donald Trump tells reporters, “We’re going to have people sue you like you never got sued before.”

Hillary Clinton doesn’t like her opponents funding documentaries that criticize her, so she demands Congress overturn the Supreme Court decision that allows it.

The world is full of people who want their enemies to shut up. Some college students get so upset seeing “Trump 2016” chalked on sidewalks that they call the police, demanding the chalkers be punished and their words erased.

But because America’s founders added, “Congress shall make no law … abridging the freedom of speech” to the Constitution, the police have no role here.

Those idiot college protesters want to shut me up. And I want to shut some of them up. But we have to tolerate each other. That’s a good thing. The First Amendment helps keep America free.
Of course, the Amendment just says, “Congress shall make no law.”

Private groups can limit speech. Fox can fire me if they don’t like something I say. So can this website (or newspaper) by dropping my column. The NFL can fire Colin Kaepernick for not standing up, and a Black Lives Matter group can expel a member who does.

The First Amendment applies to government. Which is why presidential candidates should get it right. Unfortunately, Donald Trump and Hillary Clinton don’t.

Both have talked about “closing down” parts of the internet to fight ISIS. When frightened, some politicians promise all kinds of things to look like they’re protecting us. But shutting down those areas of the Web may not be technically possible, and if it were, it would mostly hurt innocent people.

That didn’t stop Trump or Clinton from proposing it and making sneering comments about free speech.

They should know that rules meant to prevent ISIS from speaking can soon become laws to suppress any opinions that politicians don’t like.

The same men who created our Constitution turned around a few years later and passed the Alien and Sedition Acts, which punished people for insulting politicians, as though criticizing politicians was a threat to social order. Governments in Russia, China and Saudi Arabia still think that way.

I say, not criticizing politicians is a threat to social order.

Both Trump and Clinton want to ban flag burning. But burning a flag is a form of speech, as long as you own the flag and don’t endanger anyone. Government bans should be limited to real threats.

Trump says, “We’re going to open up those libel laws, so that when The New York Times writes a hit piece which is a total disgrace, or when The Washington Post … writes a hit piece, we can sue them and win money instead of having no chance of winning.”

It’s true that libel law protects people like me so we can say what we want. I can criticize a public figure or get facts wrong, and courts will allow it as long as I wasn’t malicious — I didn’t know I had facts wrong. It’s a good rule; it allows media to criticize the powerful.

In his speech, Trump added, “With me, they’re not protected because I’m not like other people.” Right. Because Donald Trump is rich, he intimidates critics into silence by threatening to bankrupt them with lawsuits. This is not a good thing.

Hillary Clinton is a lawyer, so you’d think she would have a more sophisticated view of free speech. But she doesn’t.

Her argument was ridiculous anyway. Violence in video games has become even more prevalent, but crime has dropped and young people are less violent.

We’ll never eliminate everything that offends or “triggers” people, whether they’re Christian, Muslim, pro-Trump or so anti-Trump that they call the police when students chalk his name on a sidewalk.

I wish the next president were someone who understood that.

Hillary Clinton and the FBI