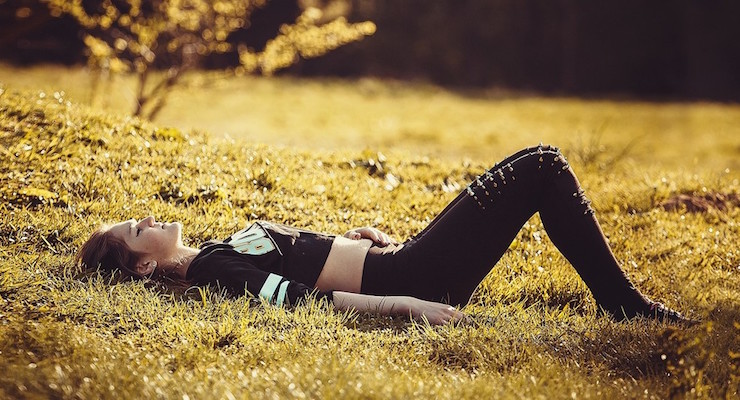 He thought the readers could use a break from the election craziness and so sent a lighthearted letter to his suburban paper tendering an opinion on yoga pants.

“Yoga pants can be adorable on children and young women who have the benefit of nature’s blessing of youth,” Alan Sorrentino wrote to the Barrington Times in Rhode Island. “However, on mature, adult women there is something bizarre and disturbing about the appearance they make in public.”

All hell broke loose. A protest parade was staged in front of Sorrentino’s house. The organizers wrote on Facebook: “This is a wonderful group of people celebrating our bodies and our right to cover them however we see fit. And while yoga pants seem to be a silly thing to fight for, they are representative of something much bigger — Misogyny and the history of men policing womens bodies.”

Sorrentino was deluged with nasty email. “They say ‘die’ and called me all kinds of vulgarities,” he told me. “The letter was just a point of view of a grumpy old man — although I think (yoga pants) look bad.”

The parade was advertised as “peaceful” and with “ZERO NEGATIVITY.” “Please do not come for a fight,” the official Facebook page said. “You will be shut down.” And the women who marched did so mostly in that spirit.

But the discussion does not end here. Some of the women said Sorrentino has no right to “judge” what women should wear. Actually, he does — just as the women have a right to judge his opinion. Still, marching in front of someone’s personal living space, however nonconfrontationally, takes on an air of intimidation.

I happen to know Alan and know him to be a gentleman. He throws civilized dinner parties to which he invites older widows, the sort of women accustomed to being excluded from couples-oriented guest lists. He contacted his neighbors to express concern that they might be disturbed by demonstrations in front of his house.

Sorrentino had couched his opinion with references to his own aging body. And to cover both genders, he asked how people would respond to men wearing Speedos at the supermarket, concluding with “Yuck.” Joan Rivers’ kinder red-carpet commentary was tougher than anything expressed in this letter.

I also happen to agree with Alan on the subject of yoga pants (and Speedos). He clearly meant tight yoga pants. Just Google “yoga pants” and check the crude images.

During a recent stroll on Madison Avenue, New York’s fancy shopping street, I spotted a woman in tight athletic pants. Even though she was quite fit, the stretched fabric revealed the cellulite on her rear end.

Anyhow, no one is telling women what they may or may not wear. They’re offering an opinion on what they think looks bad. I thought the recent Superman-Batman movie was insultingly dumb. That’s not the same as forbidding people to see it.

What we had here in the yoga pants fuss was a social media pileup designed to exact a price for tendering opinion some have declared off-limits. It’s one thing to mobilize against public figures used to the rough stuff. It’s another to go after an ordinary citizen speaking his or her mind.

Sisters, this ganging up on men who stray from certain feminist guidelines contributed to the rise of Donald Trump. Lighten up, will ya?