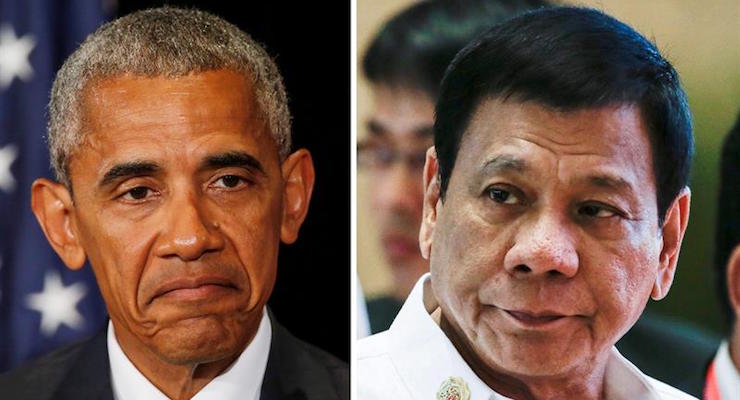 Alliances are transmission belts of war.

So our Founding Fathers taught and the 20th century proved.

When Britain, allied to France, declared war on Germany in 1914, America sat out, until our own ships were being sunk in 1917.

As the other Western powers bled and bankrupted themselves, we emerged relatively unscathed as the world’s No. 1 power. The Brits and French lost their empires, and much else, and ceased to be great powers.

Stalin’s annexation of Central Europe and acquisition of an atom bomb, and Mao’s triumph in China in 1949, caused us to form alliances from Europe to Korea, Japan, Taiwan, the Philippines and Australia.

Yet, with the end of the Cold War, we did not dissolve a single alliance. NATO was expanded to embrace all the nations of the former Warsaw Pact and three former republics of the USSR.

This hubristic folly is at the heart of present tensions with Russia.

Now, Beltway hawks have begun to push the envelope to bring former Soviet republics Moldova, Ukraine and Georgia into NATO, with some urging us to bring in the Cold War neutrals Sweden and Finland.

Given the resentment of the Russian people toward America, for exploiting their time of weakness after the breakup of the Soviet Union, to drive our alliance onto their front porch, such moves could trigger a conflict that could escalate to nuclear weapons.

Moscow has warned us pointedly and repeatedly about this.

Yet now that the election is almost over, neocons burrowed in their think tanks are emerging to talk up U.S. confrontations with Syria, Russia, Iran and China. Restraining America’s War Party may be the first order of business of the next president.

Fortunately, after the Libyan debacle, President Obama has lost any enthusiasm for new wars.

Indeed, he has a narrow window of opportunity to begin to bring our alliances into conformity with our interests — by serving notice that the United States is terminating its 1951 Mutual Defense Treaty with Manila.

Philippine President Rodrigo Duterte is proving himself to be an unstable anti-American autocrat, who should not be entrusted with the power to drag us into war over some rocks or reefs in the South China Sea.

Earlier this year, we got an idea of what a commitment to go to war for a NATO ally might mean when President Tayyip Recep Erdogan, another mercurial autocrat, shot down a Russian plane that strayed over Turkish territory for 17 seconds.

Had Vladimir Putin retaliated in kind, Erdogan could have invoked Article 5 of NATO, requiring us come to Turkey’s defense against Russia.

Given how Erdogan has acted since this summer’s attempted coup, purging Turkish democratic institutions and imprisoning tens of thousands, do the benefits of our NATO alliance with Ankara still outweigh the risks?

Duterte harbors a lifelong grudge against America for our war of 1899-1902 to crush the Philippine independence movement, after Admiral Dewey sank the Spanish fleet in Manila Bay. We liberated the Philippines, only to annex them.

A longtime mayor on Mindanao before being elected president, Duterte is reputedly the godfather of death squads that executed drug dealers and users. Now, the practice has apparently been introduced nationwide.

While campaigning, Duterte said he would Jet Ski 120 miles to Scarborough Shoal, which is occupied by China though it is in Manila’s territorial waters. Since then, he has flipped and become outspokenly pro-China.

Before attending a summit in Laos, Duterte called President Obama “the son of a whore.” He has insulted America and canceled joint military exercises. In Beijing he announced a “separation from the United States. … No more American influence. No more American [military] exercises. It’s time to say goodbye.”

“I would rather go to Russia and to China,” he added.

Would termination of our Mutual Defense Treaty mean severing ties with the Filipino people? By no means.

What it would do, though, is this: restore America’s absolute freedom to act or not act militarily in the South China Sea, according to our interests, and not Duterte’s whims.

Whether we intervene on Manila’s behalf or not, the decision would be ours alone. Terminating the treaty would absolve us of any legal or moral obligation to fight for Scarborough Shoal, Mischief Reef or any of the other rocks in a South China Sea that are now in dispute between Beijing and half a dozen nations.

A U.S. decision to terminate the treaty would also send a wake-up call to every ally:

America’s Cold War commitments are not forever. Your security is not more important to us than it is to you. As Donald Trump has been saying, we are starting to put America first again.

On this, maybe even President Obama could find common ground.