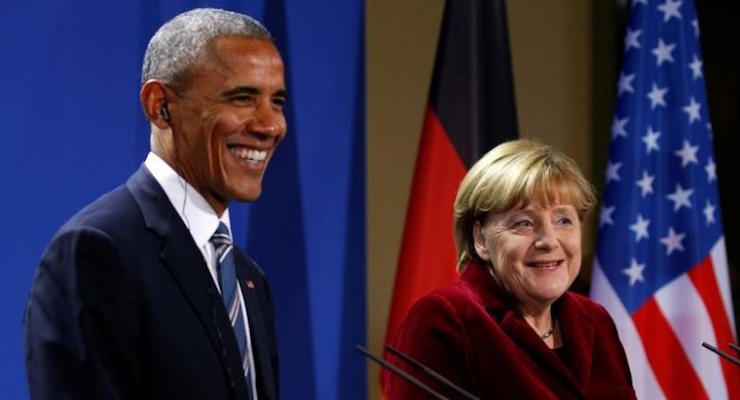 President Obama, in Greece, said world leaders should learn from the U.S. presidential election and pay attention to the public’s fears and frustration about the economy. Why? He never has.

How can a man living in such a fantasy world presume to tell other people how to perceive others and react to problems as if he’s been an innocent bystander witnessing these horrors for years?

Scratch that. He doesn’t think we’ve experienced horrors. He thinks the U.S. economy has been wonderful under his watch. Listening to him characterize his eight-year record is to witness willful blindness on a scale my willing suspension of disbelief is incapable of processing.

The American economy, said Obama, was contracting faster than it did during the Great Depression. “We had to fight back from the worst recession since the Great Depression. … But we were able to intervene, apply lessons learned and stabilize and then begin growth again.” He tastelessly bragged, in front of his Greek audience, that his economy recovered better and faster than most of Europe’s. Then he began critiquing Greece’s economy, as if he is a wizard of economics.

No American politician — and certainly no president — in my lifetime has caused such destruction and suffered so little personal accountability for it. It was ridiculous when he still blamed George W. Bush for his own lackluster economy and unconscionable deficits in the latter half of his first term. It was amazing that he kept making this argument with a straight face through the 2012 presidential election.

But why not? It worked. When you’ve got a liberal media covering your tracks and slanting everything in your favor, you can apparently fool millions.

But Obama is still making the same arguments today after eight straight years of malaise. So how did he fight against the worst recession since the Great Depression? Well, he spent money we didn’t have like a drunken sailor, increased taxes and smothering regulations, bad-mouthed entrepreneurship and producers, and vilified the “wealthy” for not paying their fair share.

How did that work out? Contrary to his bizarre self-assessment, we have had the worst economic recovery in 60 years. So he’s bragging about that? We’ve had a stagnant economy his entire tenure in office, and he is touting it as sustained growth? Of course he is, and the media continue to cover for him.

He talks about the unemployment rate’s going down, but this obscures the reality that tens of millions have opted out of the workforce in despair. The media know that the unemployment figure is meaningless when factoring in the labor participation rate. Whether Obama is able to accept it, given what this knowledge would do to his unreflective ego, is debatable.

Obama covers his bases. He gets to have his cake and keep it, too, and, if you haven’t noticed, he remains skinny. He tells us the economy’s great; then he kind of says it isn’t. Otherwise, why would he still have to blame Dubya? Why would he have to blame the recent election results on an angry populace? Why would he say, “The problem was I couldn’t convince the Republican Congress to pass a lot of (my agenda items)”? What problem? I thought things were rosy.

You see, he thinks the main economic problem we face is income inequality. He thinks people are angry because others are making more money than they do and so they had a temper tantrum and elected Donald Trump. But hasn’t there always been income inequality? Isn’t that guaranteed in a free system? But if the people are inconsolable with envy, that might have something to do with Obama’s constant harping on it, railing against the rich.

Nope. The hoi polloi are just restless; there’s nothing to see here. “The country,” he says, “is indisputably better off, and those folks who voted for the president-elect are better off than they were when I came into office, for the most part.”

But here was the punchline: “People,” he said, “seem to think I did a pretty good job. And so there is this mismatch, I think, between frustration and anger. Perhaps the view of the American people is that (we) just need to shake things up.”

Well, if there’s any mismatch or disconnect here, it’s Obama’s perception of his performance and reality. His narcissism makes him allergic to self-doubt, and his dogged ideology and oversize pride preclude him from admitting his failures.

This same ideology compels him to project onto others his own prejudices. He has been saying since before he was elected that “bitter” Bible toters who “cling to guns” in small-town America are just suspicious of people who don’t look like them. But that’s offensively false. He is the one who always has race on his mind, and he’s a virtuoso of bitterness.

Remember when his Homeland Security Department was on the lookout for returning military personnel and tea party types, rather than Islamists, as possible domestic terrorists?

Pro tip: These peace-loving, ordinary, patriotic Americans have had their fill of his attacks on their traditions, their worldview and their lifestyle. They sent that message resoundingly in the congressional elections in 2010 and 2014, yet he escaped accountability with his own re-election in 2012. Another frightful disconnect.

But there can be no mistaking this year’s election results. The people’s rejection of his agenda and Hillary Clinton is so severe that we are seeing a major restructuring of the electorate. He, his media co-conspirators and the liberal punditry can blame Clinton’s flaws for this, and they are indeed part of it, but Obama’s leftist agenda got shellacked up and down the ticket and in state elections throughout the country.

This was not a glitch; this is a wave. And the longer he and his cohorts remain in denial about it the more it will grow. That, my friends, is a beautiful thing.

Is Obama's World a Utopian Myth?