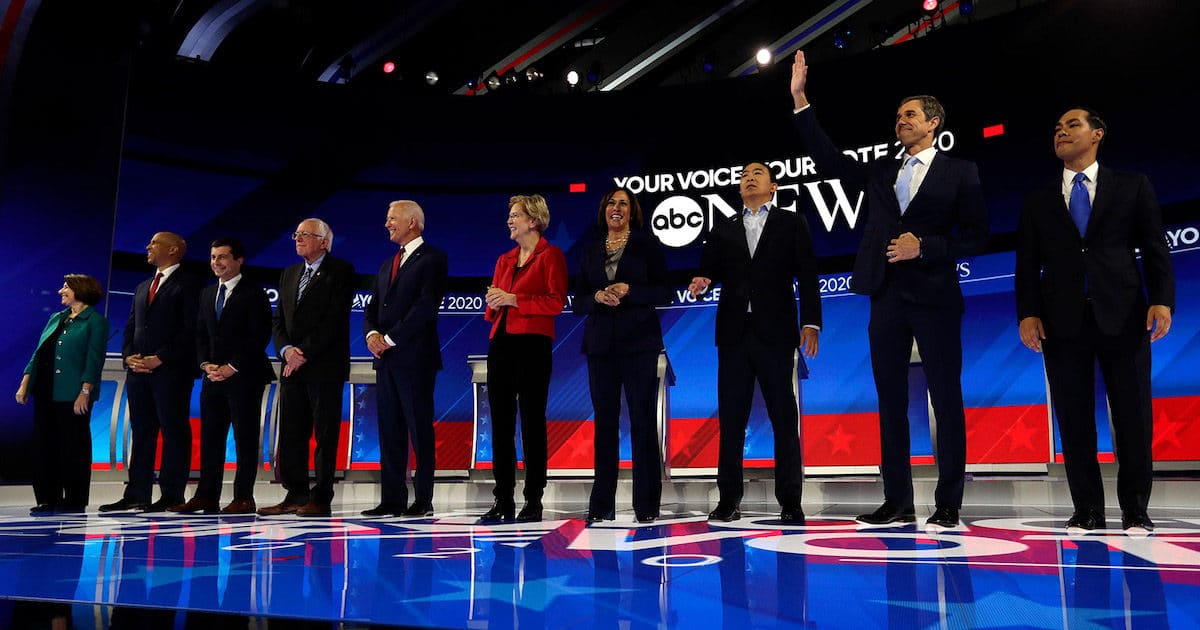 There are many reasons why not to waste your time watching the Democratic debates, only a few of which I’ll enumerate here. Paramount among the reasons is that debates are irrelevant anachronisms.

As a winning political campaign consultant, I’ve even advised my candidates to skip attending debates altogether, knowing there would be no consequence as long as the campaign was attending to the work that really matters.

Those candidates all won, by the way.

Alarmingly-precise voter data-targeting, the ability to instantaneously place political “info-bytes” into people’s hands digitally, and countless modern voter-contact techniques have rendered televised debates “a thing of the past” for impacting election outcomes.

In truth, debates haven’t been pivotal to campaign outcomes for decades.  Today, debates “ratify” existing viewpoints, they don’t change them.  Fact:  If a particular candidate is deemed to have “won” a debate, it results in a very small polling “bump.” which dissipates a few days later.

In short, they have no impact.

So, why do TV networks still host them? And why do candidates still attend them?

Answer: The TV cable channels want sound-bites for their news shows, and hoped-for ratings to help sell advertising. The candidates believe they can increase their name identification, with the hope it translates into better fundraising opportunities, or a Cabinet appointment.

But edifying voters is not a real goal of the debate process or of the candidates.

If it was, I could save debate-watchers a lot of time. To understand the 2020 Democrat candidates, just read “Das Kapital” and the “Communist Manifesto.”  It’s all in there.

Think I’m kidding? Let me tell you a story.

In the summer of 2016, while driving across NYC’s George Washington Bridge, I turned on the car radio just in time to catch a Leftist accidentally telling the truth. A PBS host was interviewing the Chairwoman of the American Communist Party about why the Communists weren’t fielding a candidate in 2016. Shocking, only to the unenlightened, the Chairwoman replied candidly:

“Because the Communist Party believes our goals are well represented in the Democrat Party platform this year.”

The Democratic Party has lurched even further to the Left since then. If the Chairwoman of the American Communist Party was happy with Democrats in 2016, she’ll likely want the two parties to formally “merge” in 2020.

Most alarming is that this year’s herd of Democratic candidates wouldn’t even understand what’s wrong with that.

With Democratic candidates now openly espousing socialism, detesting capitalism, making mocking references to God, despising things intrinsically American, and either willingly or unwittingly embracing the basic tenets of communism, I have a recommendation for the TV hosts of the next Democrat debate:

Ask each candidate to list the top 10 goals in Karl Marx’s “Communist Manifesto” and explain how those goals differ from their own campaign positions?

The stammering, sputtering responses that ensue will certainly be both entertaining and edifying.

Now THAT would be a Democratic debate worth watching.