HomePolicyPotential Economic Causes and Costs of Decision to Delay Obamacare

Potential Economic Causes and Costs of Decision to Delay Obamacare

The Obama administration’s decision to delay penalties for large employers who do not provide health-insurance coverage to workers under Obamacare until 2015, raises some immediate practical issues for consumers. It’s also a cause for doubt as to the motivation that drove this measure.

The delayed provision was to take effect this fall. It requires companies with 50 or more workers to provide health benefits to full-time employees or pay fines starting at $2,000 per worker. Businesses opposed the provision, and argued that it created a disincentive for small businesses to hire new workers, especially if they were just shy of the 50-person threshold.

The Obama team said it was delaying the provision because reporting requirements were too burdensome. Officials have said that they simply needed more time to fix them.

However, they didn’t delay the tax consumers face for not carrying coverage. The delay on the employer mandate will inevitably expose some additional consumers to the “individual mandate” (ruled a tax by the Supreme Court). Just prior to the announcement, survey after survey found that not only were a record high number of Americans expressing concern about the law’s impact on healthcare, but a record high amount of Americans reported to support a full repeal of the bill.

Now fewer businesses will feel compelled to start offering coverage next year. So now their employees will face a choice: be forced to go into the Obamacare exchanges or be subject to the new tax. The public at large seems to understand the challenge for businesses and the impact on the economy the law has had, or will have in the future. While 33% say that they expect a stronger economy a year from now, 41% say that they expect a weaker economy, and 1 in 5 say that they have been turned down for a job in the past year.

It’s true that larger firms that would consider dropping coverage would have done it anyway. After all, the fines presumably return in 2015, and firms need to make longer-term decisions about how they will adapt to the new law. But at least for next year, this will expose some additional consumers to the tax. 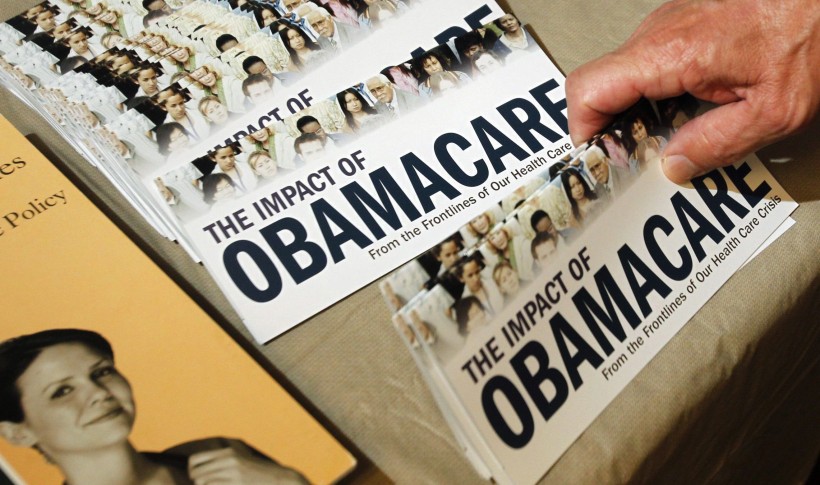 The Obama administration’s stated reason is superficial. It’s highly doubtful that reporting requirements alone drove this decision, especially since it may put more consumers in a financial bind.

If it was just a problem with reporting requirements, as the Obama administration has claimed, then some of those provisions could have been delayed without nixing the entire provision.

Perhaps, and more likely, the administration was seeing the effects of the insurance requirement on new hiring.

Although the latest jobs report released last week reported that the economy added some 195,000 jobs, which was ahead of economists’ forecasts, the numbers have been inflated by part-time workers and middle class jobs are not being created. Lance Roberts, chief strategist at investment firm Streettalk Advisors, said he scanned data in an array of sectors ahead of Friday’s release of the June jobs report and all of it showed “weakness in hiring.” In particular, Roberts said hiring in the manufacturing sector is “still very cautious.”

One factor holding back hiring, according to Roberts, is uncertainty tied to the implementation of the Affordable Care Act, the sweeping new health care legislation set to take effect on Jan. 1. Roberts said:

They (employers) really have no clue as to what the Affordable Care Act is going to do to their costs.

As a matter of public opinion, and as a practical observation, the law’s initial impact has been negative for healthcare costs. A recent survey found that 62% of Likely Voters see the free market as better than more regulation in reducing healthcare costs, which obviously, is the complete opposite to the approach taken by Obamacare. Measuring the intensity of Americans’ opinion of the law itself, just 15% said they have a “Very Favorable” opinion, but nearly three times as many – 42% – with a Very Unfavorable one. Pretty convenient for the president’s party that it may now be taken off the table as an issue in the 2014 midterm elections.