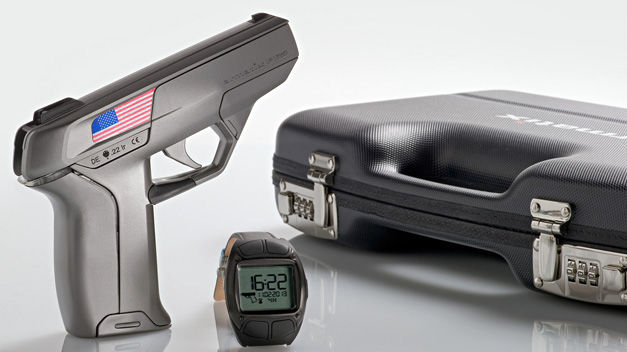 The administration’s new push for gun control has taken on a different form, with Attorney General Eric Holder asking the House Appropriations Subcommittee back in April to consider new smart gun technology as a means to curb gun violence.

The Justice Department wants additional funds totaling over $380 million for fiscal year 2014 to offer grants for gun safety technology that is proven, reliable and effective.

Since the 1990s, smart gun technology had made several different advancements. Radio Frequency Identification, or RFID, involves a ring that is worn by the owner, which is identified by the weapon upon close proximity. Shotguns made by Mossberg & Sons, for instance, went through their own smart development that is now marketed by IGun Technology Corporation. Again, the design is accompanied with a ring that is worn by the owner and used to identify the owner with a passive tag that depends upon the owner’s proximity to the shotgun.

Dynamic Grip Recognition, or DGR, embeds multiple electronic sensors in the grip. The gun has 32 electronic sensors embedded in the hand grip, which measures the size, strength and structure of a person’s hand, and even the reflexive way in which the person reacts when firing the weapon. The way an individual squeezes — in this case the trigger — produces a unique and measurable pattern. Embedded sensors will read and record the size and force of the users’ hands within the first second that the trigger is squeezed. The technology works with a wide range of users, firing postures, under stressful conditions and even while wearing gloves.

Biomac Systems has been researching and implementing the biometric aspect of this new technology. This futuristic technology incorporates eight optical sensors, which are then molded into the handle of the gun. The optical sensors will not rely on geographic parameters, but instead will measure biometric data below the user’s skin. Biomac’s technology will allow authorized gun owners to program the biometric data of up to eleven additional users into their firearm, unlike current technology from others that only allow one user per weapon. The authorized weapon dealer will be responsible for programming biometric data into the firearm at the time of the sale.

For military and law enforcement, biometrics will be printed on a wearable device, and once worn will allow a soldier or a law enforcement officer to access to any biometric weapon programmed for their particular organization. Obviously, this will allow any soldier or officer to fire any organization-specific weapon without having their individual biometrics programmed into the weapon, unlike individual citizens.

There are some so-called smart guns currently on the market using RFID technology that are accompanied with a ring or watch. While the Justice Department and various participating companies are selling the new technology as nothing more than innocent, common sense safety measures in the market of public opinion, they have instantly become controversial and suspect to proponents of gun rights.

Opponents not only say there is a cynical motive behind the government’s push that has nothing to do with gun safety, but also that the technology is a logistical and practical nightmare.

“I could imagine if the bad guy wrestled the gun from the cop, the gun (in the assailant’s hand) would probably be very near the officer’s hand as well, when the bad guy pulls the trigger – the gun would fire anyway since the cop would most likely still be grappling for it and the transmitter would be near enough to allow it to fire,” one police officer, who opposes the measure said.

Many officers feel that — in the real world under real conditions — the technology will not serve its stated purpose. For instance, if the gun is wrestled free, then the officer would be consumed with maintaining a one meter distance. In a closed room or other urban situations, it is an unpractical expectation.

To be sure, the technology is an example of great human innovation and ingenuity, but it raises serious questions about the Justice’s Department’s true intent.

Considering the recent developments and revelations regarding the NSA surveillance programs, it is not unreasonable for the opposition to accuse the Justice Department of finding another way to track gun owners nationwide.

If Sen. Ed Markey (D-MA) has his way, then the federal government would be monitoring radio, television and the entire Internet for speech they deemed “hate,” WND reported Monday. Markey’s proposal, called the “Hate Crime Reporting Act of 2014,” would require the National Telecommunications and Information Administration to report “the use of telecommunications,” which “advocate and encourage violent acts and the commission of crimes of hate.” Of course, the bill does not specify what, exactly, constitutes “hate,” or who, exactly, would decide what does.

Aside from the obvious threat to individual rights and liberty, law enforcement officials who oppose the “safety measures” say that the technology is simply riddled with worse case scenarios. What if the “bad guys” figure out a way to pick up and manipulate the radio frequencies and discover an undercover agent? “Anything that one engineer can do, another engineer can undo,” another officer said.

There are officers and gun manufacturers who believe that the technology is also a potential liability. That is, if an officer or innocent was killed due to a technological failure, an inevitability in the minds of some.

The bottom line for gun rights activists and groups like the National Rifle Association is that the measures would reduce the ability of all citizens to protect themselves, both from other citizens and oppressive government. What is often missed in the gun debate is that the Second Amendment was adopted in compromise, an assurance for many Founding Fathers who justifiably feared the adoption of a strong, national government without an unfettered safeguard for liberty.

Guess How Much US Taxpayers Lost On GM Bailout? Hint: More Than They Estimated