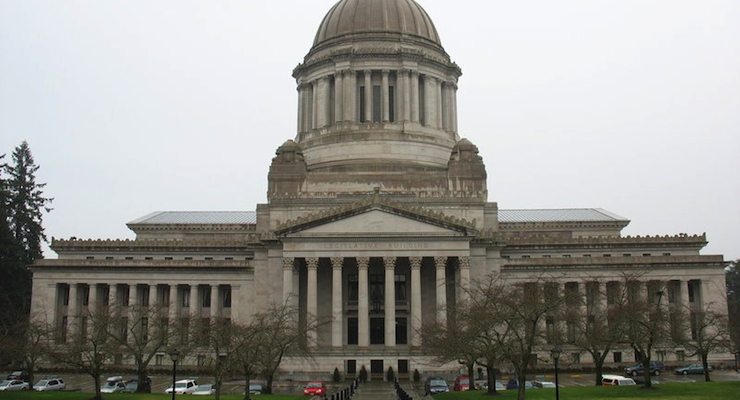 Every so often, I get asked why I’m so rigidly opposed to tax hikes in general and so vociferously against the imposition of new taxes in particular. In part, my hostility is an ideological reflex When pressed, though, I’ll confess that there are situations – in theory – where more taxes might be acceptable.

But there’s a giant gap between theory and reality. In the real world, I can’t think of a single instance in which higher taxes led to a fiscally responsible outcome.

That’s true on the national level. And it’s also true at the state level.

Speaking of which, the Wall Street Journal is – to put it mildly – not very happy at the tax-aholic behavior of Connecticut politicians. Here’s some of what was in a recent editorial.

The Census Bureau says Connecticut was one of six states that lost population in fiscal 2013-2014, and a Gallup poll in the second half of 2013 found that about half of Nutmeg Staters would migrate if they could. Now the Democrats who run the state want to drive the other half out too. That’s the best way to explain the frenzy by Governor Dannel Malloy and the legislature to raise taxes again… Mr. Malloy promised last year during his re-election campaign that he wouldn’t raise taxes, but that’s what he also said in 2010. In 2011 he signed a $2.6 billion tax hike promising that it would eliminate a budget deficit. Having won re-election he’s now back seeking another $650 million in tax hikes. But that’s not enough for the legislature, which has floated $1.5 billion in tax increases. Add a state-wide municipal sales tax that some lawmakers want, and the total could hit $2.1 billion over two years.

In other words, higher taxes in recent years have been used to fund more spending.

And now the politicians are hoping to play the same trick another time.

Apparently they don’t care that they’ve turned the Nutmeg State into a New England version of Illinois.

…the state grew a scant 0.9% in 2013, the last year state data are available. That was tied for tenth worst in the U.S. The state’s average compounded annual growth for the last four years is 0.42%. Slow growth means less tax revenue but spending never slows down. Some “40% of the state budget goes to government employee compensation and benefits, including payroll, state pensions, teacher pensions and current and retiree health care,” says Carol Platt Liebau, president of the Hartford-based Yankee Institute. …The Tax Foundation ranks Connecticut as one of the 10 worst states to do business. The state finished last in Gallup’s Job Creation Index in 2014 and now ties with Rhode Island for the worst job creation in the index since 2008.

What’s particularly discouraging is that Connecticut didn’t even have an income tax twenty-five years ago. But once the politicians got a new source of revenue, it’s been one tax hike after another.

Not too many years ago Connecticut was a tax refuge for New York City workers, but since it imposed an income tax in 1991 the rate has kept climbing, as it always does.

There are a couple of lessons from the disaster in Connecticut.

First and foremost, never give politicians a new source of revenue, which has very important implications for the debate in Washington, DC, about a value-added tax.

Unless, of course, you want to enable a bigger burden of government.

And for the states that don’t already have an income tax, the lesson is very clear. Under no circumstances should you allow your politicians to follow Connecticut on the path to fiscal perfidy.

Yet that’s exactly what may be happening in America’s northwest corner. As reported by the Seattle Times, there’s a plan percolating to create an income tax in the state of Washington. It’s being sold as a revenue swap.

State Treasurer Jim McIntire has a “grand bargain” in mind on tax reform and he wants to bend your ear. …the McIntire plan would institute a 5 percent personal-income tax with some exemptions, eliminate the state property tax and reduce business taxes. The plan would raise billions of dollars… The proposal also would lower the state sales tax to 5.5 percent from 6.5 percent.

But taxpayers should be very suspicious, particularly since politicians are talking about the need for more “investment,” which is a common rhetorical trick used by politicians who want to squander more money.

“It is mathematically impossible for us to sustain an adequate investment in education on a shrinking tax base,” he said.

And when you read the fine print, it turns out that the politicians (and the interest groups in the government bureaucracy) want a lot more additional money from taxpayers.

…the plan would raise $7 billion in state revenue but would lower local levies by $3 billion, for an overall increase of about $4 billion.

Advocates of the new tax would prefer to avoid any discussion of big-picture principles.

“We need to have less of an ideological conversation about this,” he said in a news conference.

And their desire to avoid a philosophical discussion is understandable. After all, the big spenders didn’t fare so well the last time voters had a chance to vote on whether the state should impose an income tax.

Voters may not welcome McIntire’s argument, either. In 2010, a proposed income tax on high earners failed by a nearly 30-point margin.

The voters in Washington were very wise back in 2010, so let’s hope they haven’t lost their skepticism about the revenue plans of politicians over the past few years.

There’s every reason to suspect, after all, that the adoption of an income tax would be just as disastrous for the Evergreen State as it was for the Nutmeg State.

To close, I want to share some great advice that was presented by the always sound Professor Richard Vedder. I was at a conference a few years ago where he was also one of the speakers. Asked to comment on whether the Lone Star State should have an income tax, he threw his hands in the air and cried out with passion that, “Texas should give the Alamo to Osama bin Laden before allowing an income tax.”

So if I’m ever asked to speak in Seattle on fiscal policy, I’m going to steal Richard’s approach and and warn that “The state of Washington should give the Space Needle to North Korea before allowing an income tax.”

I doubt I’ll capture Professor Vedder’s rhetorical flair, but there won’t be any doubt that I’ll be 100-percent serious about the dangers of a state income tax.

And what about my home state of Connecticut?

Well, I don’t know of any big landmarks that they could have traded to avoid an income tax. About the only “good” thing to say is that New York’s tax system is probably even worse.
[mybooktable book=”global-tax-revolution-the-rise-of-tax-competition-and-the-battle-to-defend-it” display=”summary” buybutton_shadowbox=”true”]