HomePolicyBailouts Are a Recipe for Moral Hazard and Cronyism

Bailouts Are a Recipe for Moral Hazard and Cronyism 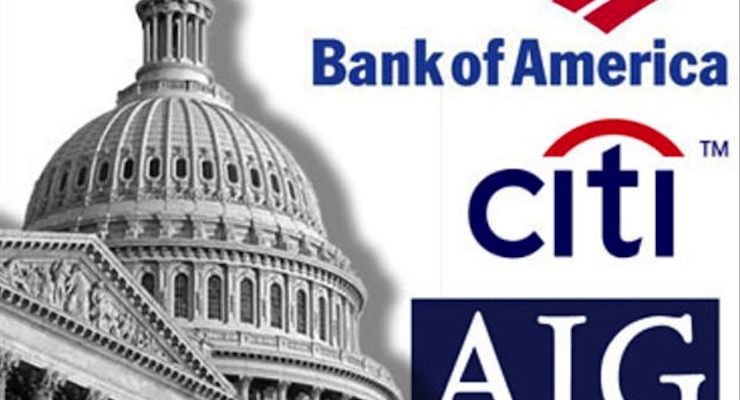 When debating and discussing the 2008 financial crisis, there are two big questions. And the answers to these questions are important because the wrong “narrative” could lead to decades of bad policy (much as a mistaken narrative about the Great Depression enabled bad policy in subsequent decades).

In a new video for Prager University, Nicole Gelinas of the Manhattan Institute succinctly and effectively provides very valuable information to help answer these questions. Particularly if you want to understand how the government promoted bad behavior by banks and created the conditions for a crisis.

Here are some further thoughts on the issues raised in the video. 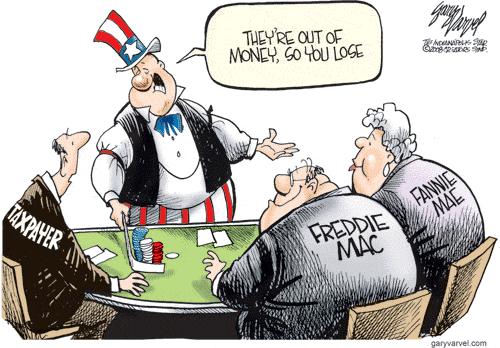 Deregulation didn’t cause the financial crisis – Nicole explained that banks got in trouble because of poor incentives created by previous bailouts, not because of supposed deregulation. As she mentioned, their “risk models” were distorted by assumptions that some financial institutions were “too big to fail.”

But that’s only part of the story. It’s also important to recognize that easy-money policies last decade created too much liquidity and that corrupt subsidies and preferences for Fannie Mae and Freddie Mac steered much of that excess liquidity into the housing sector. These policies helped to create the bubble, and many financial institutions became insolvent when that bubble burst.

TARP wasn’t necessary to avert a meltdown – Because the video focused on how the “too big to fail” policy created bad incentives, there wasn’t much attention to the topic of what should have happened once big institutions became insolvent. Defenders of TARP argued that the bailout was necessary to “unfreeze” financial markets and prevent an economic meltdown.

But here’s the key thing to understand. The purpose of TARP was to bail out big financial institutions, which also meant protecting big investors who bought bonds from those institutions. And while TARP did mitigate the panic, it also rewarded bad choices by those big players. As I’ve explained before, using the “FDIC-resolution” approach also would have averted the panic. In short, instead of bailing out shareholders and bondholders, it would have been better to bail out depositors and wind down the insolvent institutions.

Bailouts encourage very bad behavior – There’s a saying that capitalism without bankruptcy is like religion without hell, which is simply a clever way of pointing out that you need both profit and loss in order for people in the economy to have the right set of incentives. Bailouts, however, screw up this incentive structure by allowing private profits while simultaneously socializing the losses. This creates what’s known as moral hazard.

I’ve often used a simple analogy when speaking about government-created moral hazard. How would you respond if I asked you to “invest” by giving me some money for a gambling trip to Las Vegas, but I explained that I would keep the money from all winning bets, while financing all losing bets from your funds? Assuming your IQ is at least room temperature, you would say no. But our federal government, when dealing with the financial sector, has said yes.

Indeed, this “short termism” is a pervasive problem in government. Politicians often argue that a good policy is unfeasible because it would cause dislocation to interest groups that have become addicted to subsidies. In some cases, they’re right about short-run costs. A flat tax, for instance, might cause temporary dislocation for some sectors such as housing and employer-provide health insurance. But the long-run gains would be far greater – assuming politicians can be convinced to look past the next election cycle.

Let’s close by re-emphasizing a point I made at the beginning. Narratives matter.

For decades, the left got away with the absurd statement that the Great Depression “proved” that capitalism was unstable and destructive. Fortunately, research in recent decades has helped more and more people realize that this is an upside-down interpretation. Instead, bad government policy caused the depression and then additional bad policy during the New Deal made the depression longer and deeper.

Now we have something similar. Leftists very much want people to think that the financial crisis was a case of capitalism run amok. They’ve had some success with this false narrative. But the good news is that proponents of good policy immediately began explaining the destructive role of bad government policy. And if Nicole’s video is any indication, that effort to prevent a false narrative is continuing.

P.S. The Dodd-Frank bill was a response to the financial crisis, but it almost certainly made matters worse. Here’s what Nicole wrote about that legislation.

ObamaCare and the Odious Anti-Constitutionalism of Chief Justice John Roberts