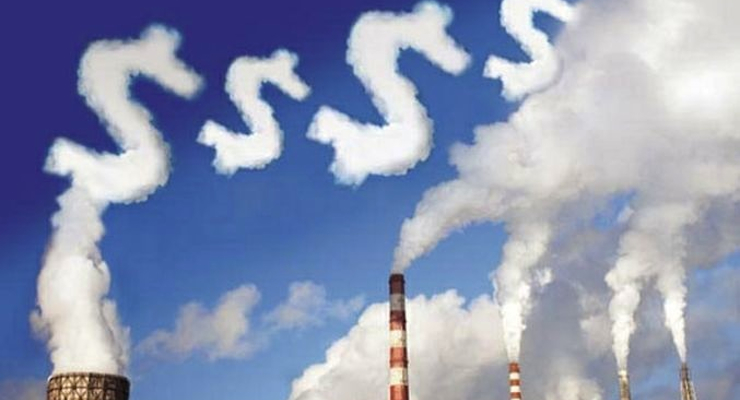 Explaining why statists are wrong about policy is a necessary part of what I do, but it sometimes can get a bit predictable. So I’ve decided to periodically pick fights with people who generally are on the right side.

By the way, I’m definitely not talking about Republicans, who oftentimes are among the most worst people in Washington.

I’m talking about friendly fights with other policy wonks.

My first friendly fight featured my complaints about an anti-flat tax column by Reihan Salam of National Review, mostly because I think he got some economic analysis wrong even though I largely agreed with his political analysis.

My second friendly fight featured my grousing about the fiscal plan put forth by the American Enterprise Institute, which openly proposed that the tax burden should increase to enable a larger burden of government spending.

Time for a third fight. My former Cato colleague Jerry Taylor is now head of the Niskanen Center. He wrote a paper in March making “The Conservative Case for a Carbon Tax.” Here’s some of what he wrote.

…conservatives should say “yes” to a revenue-neutral carbon tax …so long as the tax displaces EPA regulation of greenhouse gas emissions and eliminates a host of tax preferences provided to green energy producers. If federal and state governments are going to act to reduce greenhouse gas emissions, better that they do so at the least economic cost possible. A carbon tax…promises to do that by leaving the decision about where, when, and how to reduce greenhouse gas emissions to market actors (via price signals) rather than to regulators (via administrative orders). A carbon tax would also produce revenue that can be used to provide offsetting tax cuts. …Suggestions have been made to use those revenues to offset cuts in the corporate income tax, the capital gain s tax, personal income taxes, payroll taxes, and sales taxes. If the carbon tax is less economically harmful than the tax it displaces, a revenue neutral carbon tax is worth embracing even if we leave aside the environmental benefits. …Morris calculates that her carbon tax would bring in about $88 billion in the first year,rising to $200 billion a year after 20 years

Everything Jerry wrote is theoretically reasonable, particularly since he is proposing a carbon tax as a replacement for counterproductive regulation and he also says the tax revenue can be used to lower other tax burdens.

But theoretically reasonable is not the same as practical policy or good policy. What if politicians pull a bait and switch, imposing a carbon tax but then not following through on the deal?

Those are fair points, and I particularly agree that fiscal policy is an incomplete measure of the burden of government.

Jerry continues to address concerns on the right about a carbon tax.

Many conservatives have argued that no matter how compelling the case for a carbon tax might be, it will be rendered intolerable by the time it emerges from the legislature. Politics, not economics, will dictate the tax rate. Exceptions and favors for politically popular industries will litter the code. And despite promises to the contrary, the inefficient regulations will never die. Economist Tom Tietenberg of Colby College examined the literature pertaining to the 15 major pollution tax and fee programs instituted worldwide and found that while concerns about the translating economic theory into political practice are not baseless, they are overstated.

I find Jerry to be less persuasive on this front. I’m not sure foreign evidence tells us much, in part because almost all other nations have parliamentary forms of government where the party in power, by definition, exercises both executive and legislative control in a system of strong party discipline.

Our separation-of-powers system, by contrast, necessarily requires consensus among Senators, Representatives, and the White House, further complicated by the necessity of moving legislation through committees.

All of this results in the kinds of compromises and horse trading that can take clean theoretical concepts and turn them into Byzantine reality.

Heck, just consider the internal revenue code, which has become a nightmare of complexity.

But that’s not my main concern with Jerry’s proposed carbon tax.

My real objection is that I have zero trust that Washington won’t use the new tax as a tool for expanding the size and cost of government.

This isn’t just idle speculation or misplaced paranoia. The crowd in Washington is salivating for a new source of revenue. The Wall Street Journal opines on this development, citing the soon-to-be leader of Senate Democrats.

Chuck Schumer is…already planning for 2017…predicting that the political class might join hands and pass a carbon tax. “…many of our Republican friends will say we’ve been starving the government for revenues,” Mr. Schumer told an environmental event on Capitol Hill according to the Politico website, “but many of them will not be for raising [income tax] rates.” So Republicans and Democrats will both be hunting for revenues and “you might get a compromise” over a new carbon tax, he added.

The editors at the WSJ are not sold on this idea, to put it mildly.

It’s amusing that Sen. Schumer thinks a federal government that spends nearly $4 trillion and 21% of national output a year is “starving” for anything. …Our view of a carbon tax is that it might be acceptable as part of a tax reform that eliminated—entirely—some current revenue source such as the payroll or corporate income tax. But we don’t expect to live long enough to see that day. A slippery compromise would trade a new carbon tax for a reduction in some tax rates, but the politicians would soon return to raising those rates again. The U.S. would be left with the current tax burden plus the new carbon tax—and a permanently larger government.

The folks at the WSJ hit the nail on the head. More spending is the most realistic outcome if politicians get a new tax, whether it’s an energy tax, a value-added tax, a wealth tax, or a financial transactions tax.

And Jerry actually confirms my fears. Just yesterday, he posted some comments on the Wall Street Journal’s editorial, and what he wrote perfectly captures why advocates of smaller government are so resistant to a carbon tax.

He went from advocating a revenue-neutral (and regulation-eliminating) carbon tax in March to now saying it’s okay to have a net increase in the tax burden!

…there is a very strong, conservative case for doing exactly what Sen. Schumer proposed this week (if the revenues are used to reduce the deficit, as Sen. Schumer implied, rather than to fund more spending).

And keep in mind that Sen. Schumer doubtlessly intends to spend every penny (and more) that is generated by this new tax, so the real-world outcome would be even worse.

By the way, Jerry then ventures into the world of fiscal policy, asserting that there’s no hope of fiscal restraint and that Republicans should simply figure out ways to increase the tax burden.

This may be unpopular with Republicans at the moment, but sooner or later, bills must be paid. And there’s no chance whatsoever that those bills are going to be paid by savings gained from budget cuts alone. If a carbon tax is not going to provide the necessary revenues, then what do Republicans propose as a source of revenue in its stead?

Wow, there’s a lot wrong in those three sentences.

But I’ll just focus on a few points.

But you don’t have to believe me. Just read what leftists have said they want to do with the money from a new energy tax.

ObamaCare and the Odious Anti-Constitutionalism of Chief Justice John Roberts