HomePolicyPolygamy, Gay Marriage, and the Role of Government 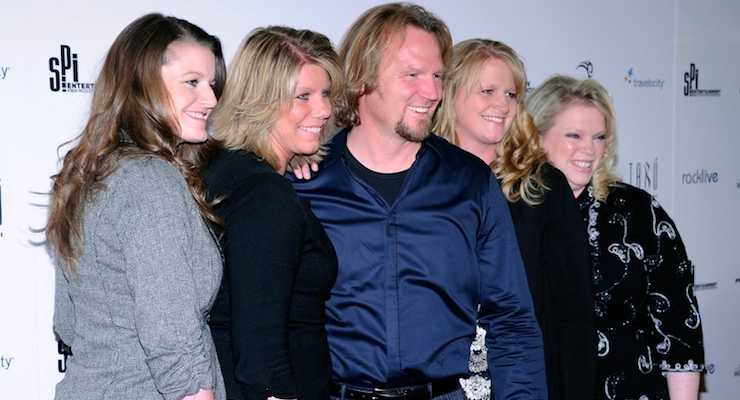 Since I’m a bit old-fashioned, I think polygamy is rather weird. And it would also be a practical nightmare. Thinking about it from a guy’s perspective, imagine having to remember multiple birthdays and anniversaries?

Not to mention dealing with a more complicated approval process if you want toget permission to join another softball league or take an out-of-town trip!

To be fair, polygamy could also mean one wife and multiple husbands, but what woman would want to subject herself to that burden?!?

She wouldn’t even know who to blame if she found the toilet seat in the up position.

But let’s look at the issue from a more serious perspective, especially because of the Supreme Court’s recent decision on gay marriage.

In a column for Politico, Fredrik deBoer argues that polygamists should also be allowed to marry.

Welcome to the exciting new world of the slippery slope. Following on the rejection of interracial marriage bans in the 20th Century, the Supreme Court decision clearly shows that marriage should be a broadly applicable right… Where does the next advance come? The answer is going to make nearly everyone uncomfortable: Now that we’ve defined that love and devotion and family isn’t driven by gender alone, why should it be limited to just two individuals? The most natural advance next for marriage lies in legalized polygamy.

…the moral reasoning behind society’s rejection of polygamy remains just as uncomfortable and legally weak as same-sex marriage opposition was until recently. …If my liberal friends recognize the legitimacy of free people who choose to form romantic partnerships with multiple partners, how can they deny them the right to the legal protections marriage affords? Polyamory is a fact. People are living in group relationships today. The question is not whether they will continue on in those relationships. The question is whether we will grant to them the same basic recognition we grant to other adults: that love makes marriage, and that the right to marry is exactly that, a right. …the notion that procreation and child-rearing are the natural justification for marriage has been dealt a terminal injury.

He makes a very good point that polygamous relationships exist, regardless of whether they’re legally recognized.

But should they get some form of legal recognition? Mr. deBoer says yes, and asserts that polygamists should be allowed to marry, while being careful to argue that the slippery slope should be limited.

…mutually-informed consent explains exactly why we must permit polygamy and must oppose bestiality and child marriage. Animals are incapable of voicing consent; children are incapable of understanding what it means to consent. In contrast, consenting adults who all knowingly and willfully decide to enter into a joint marriage contract, free of coercion, should be permitted to do so, according to basic principles of personal liberty.

And here’s his bottom line.

…many progressives would recognize, when pushed in this way, that the case against polygamy is incredibly flimsy, almost entirely lacking in rational basis and animated by purely irrational fears and prejudice. …The course then, is clear: to look beyond political convenience and conservative intransigence, and begin to make the case for extending legal marriage rights to more loving and committed adults. It’s time.

But maybe “it’s time” for a different approach, and not merely because the marriage penalty might be enormous in a polygamous marriage.

Before looking at an alternative to government-sanctioned marriage for polygamists, let’s ask ourselves a weighty philosophical question. Is it possible for good things to happen for the wrong reason?

Consider what’s happening in Alabama, where the state senate has voted to abolish government-granted marriage licenses.

In Alabama, resistance to same-sex marriage continues.  …we have legislation making its way through the house right now that could get rid of the entire institution of marriage as we know it in Alabama. Right now, if you want to get married you go to the courthouse and the probate judge gives you a marriage license. Attorney Jake Watson explains, “[SB377] does away with that and requires parties to enter into a contract and file it at the courthouse, as I understand it.” …The bill passed the Senate by a vote of 22-3. It’s now in the House.

The politicians presumably took this step because they don’t want gay marriage rather than because of libertarian principles.

But isn’t this the ideal outcome, even if the motivating force is hostility to gay couples? After all, why should the government have any role in sanctioning a marriage? In think that’s the right question whether we’re talking traditional marriage, gay marriage, or polygamous marriage.

Wouldn’t it be interesting if Alabama showed up the path forward, albeit unintentionally?

Sort of reminds me of how the Democratic Party in Virginia had a campaign of “massive resistance” to school integration during the civil rights era. Motivated by racism, the state government even flirted with a voucher system.

That’s odious, but imagine if vouchers had been put in place 50-60 years ago for a bad reason and had developed today into a model for better schools at lower cost? One that was especially advantageous to minority students! The old-time segregationists would be rolling in their graves.

Returning to the marriage issue, it’s also worth noting that there are additional benefits to getting government out of the marriage business. Churches would not face any pressure to alter their beliefs. Baptists could stick to traditional marriage, Unitarians could allow gay marriage, and Mormons (if they wanted to be retro) could allow polygamy.

Heck, maybe we could even allow statists to somehow marry government. Elizabeth Warren and the IRS would make a great couple!

And once we solve all those issues, all that remains is convincing people that they should find bakers and photographers without using coercion.

P.S. If the government was out of the business of marriage, that would eliminate an excuse for wasteful and ineffective pro-marriage spending by governments.

P.P.S. For those who appreciate humor, there are good gay marriage one-liners among the rest of the jokes you can peruse here, here, and here.

READ ALSO: Will SCOTUS Decision Legalize Polygamy, and Should We Even Care?