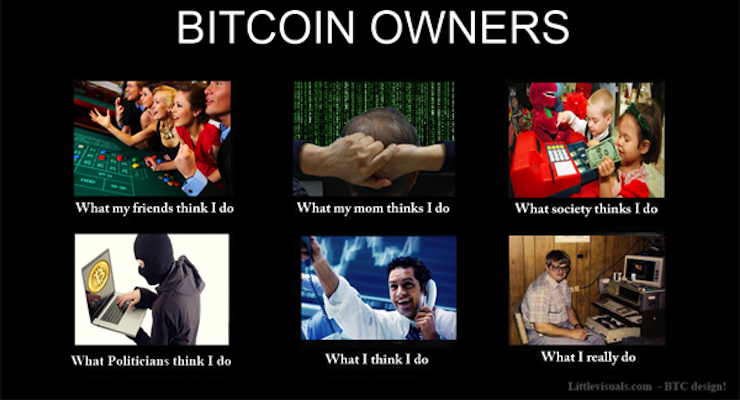 Before getting to the main topic today, here are some excerpts from a New York Post story that patriotic American readers will appreciate.

It deals with a protest.

…the group Disarm the Police…had announced on social media that they had planned to burn the flag in protest of NYPD policies.

But the event didn’t go as planned, thanks to members of the Hallowed Sons Motorcycle Club.

One of the bikers rushed forward in a fit of rage and kicked over the grill, sending embers flying. He then doused it as members of the pro-flag crowd chanted “USA! USA!” The bikers then started trying to rough up the protesters.

Here’s where the ironic part of the story.

…anti-NYPD protesters needed New York’s Finest to save their skin from a gang of angry bikers who tried to pummel them… The protesters were shielded by the cops and escorted out of the park.

And here’s some evidence that silly government regulations (a New York City tradition) take the fun out of protesting and counter-protesting.

While it’s illegal to openly burn anything in Fort Greene Park, the self-styled anarchists managed to find a loophole in the law that allows cooking in closed barbecue grills.

A few final comments on this story.

I realize I shouldn’t care, but I’m always dumbfounded when left-wing crazies refer to themselves as anarchists. Don’t they realize that you can’t be an anarchist while simultaneously advocating for much bigger government?

Reminds me of this bit of humor from the Libertarian Party.

In any event, the supposed anarchists obviously aren’t very bright since they thought it was a good idea to get on the wrong side of a bunch of bikers.

Since this is America’s Independence Day, I can’t help but think they got what they deserved, even though in the abstract I support their right to protest and burn flags that they bought with their own money (or, more likely, with money from their parents or from the welfare office).

I appreciate tax havens for many reasons, mostly having to do with the importance of having some sort of external constraint on the tendency of politicians to over-tax and over-spend.

But I also like these low-tax jurisdictions for non-tax reasons. And high on my list is that I want people to have safe havens for their money as an insurance policy against governments that are incompetent, venal, abusive and/or corrupt.

And for the same reason, I like alternative currencies such as bitcoin (click here is you want to see a short and informative primer). These “cryptocurrencies” give people a way of protecting themselves when government mis-manage or mis-use monetary and financial systems.

And we have some very compelling real-world examples of how this works.

We’ll start with Greece, where people with bitcoins still enjoy liquidity. Those using the banking system, by contrast, are in trouble because of irresponsible government policy.

Here are some excerpts from a Reuters story.

There is at least one legal way to get your euros out of Greece these days, to guard against the prospect that they might be devalued into drachmas: convert them into bitcoin. Although absolute figures are hard to come by, Greek interest has surged in the online “cryptocurrency”, which is out of the reach of monetary authorities and can be transferred at the touch of a smartphone screen. New customers depositing at least 50 euros with BTCGreece, the only Greece-based bitcoin exchange, open only to Greeks, rose by 400 percent between May and June, according to its founder Thanos Marinos, who put the number at “a few thousand”. The average deposit quadrupled to around 700 euros.

Why are people shifting to bitcoin?

One part of the answer is that bitcoins are insulated from political risk.

Using bitcoin could allow Greeks to do one of the things that capital controls were put in place this week to prevent: transfer money out of their bank accounts and, if they wish, out of the country. …the bitcoin buyers’ main aim was to shield their money against the prospect that Greece might leave the euro zone and convert all the deposits in Greek banks into a greatly devalued national currency.

And is anyone surprised that there’s interest from other failing welfare states?

Coinbase, one of the world’s biggest bitcoin wallet providers, which is not currently accessible to Greeks, said it had seen huge interest from Italy, Spain and Portugal.

And it’s just a matter of time, I suspect, before there will be interest from France, Belgium, Japan, etc.

Now let’s look at Argentina, another corrupt and dysfunctional government that has a sordid history of abusing both the monetary system and the financial system.

The New York Times in May had an in-depth report on how people in that nation have been using bitcoin to circumvent bad government policy.

His occupation is one of the world’s oldest, but it remains a conspicuous part of modern life in Argentina…to serve local residents who want to trade volatile pesos for more stable and transportable currencies like the dollar. For Castiglione, however, money-changing means converting pesos and dollars into Bitcoin, a virtual currency, and vice versa. …Castiglione joked about the corruption of Argentine politics as he peeled off five $100 bills, which he was trading for a little more than 1.5 Bitcoins, and gave them to his client. …before showing up, he had transferred the Bitcoins — in essence, digital tokens that exist only as entries in a digital ledger — from his Bitcoin address to Castiglione’s.

Because the government is debasing and manipulating the official currency in ways that indirectly steal from the citizenry.

Had the German client instead sent euros to a bank in Argentina, the musician would have been required to fill out a form to receive payment and, as a result of the country’s currency controls, sacrificed roughly 30 percent of his earnings to change his euros into pesos. Bitcoin makes it easier to move money the other way too. The day before, the owner of a small manufacturing company bought $20,000 worth of Bitcoin from Castiglione in order to get his money to the United States, where he needed to pay a vendor, a transaction far easier and less expensive than moving funds through Argentine banks.

And don’t forget that Argentina’s government is one of the nations with a track record of stealing money when it’s left in banks.

Commerce of this sort has proved useful enough to Argentines that Castiglione has made a living buying and selling Bitcoin for the last year and a half. …The money brought to Argentina using Bitcoin circumvents the onerous government restrictions on receiving money from abroad. …It makes sense that a place like Argentina would be fertile ground for a virtual currency. Inflation is constant: At the end of 2014, for example, the peso was worth 25 percent less than it was at the beginning of the year. And that adversity pales in comparison with past bouts of hyperinflation, defaults on national debts and currency revaluations. Less than half of the population use Argentine banks and credit cards. Even wealthy Argentines fear keeping their money in the country’s banks.

…in the fall of 2012, when the Argentine government ordered PayPal to bar direct payments between Argentines, part of the government’s effort to slow the exchange of pesos into other currencies. …Argentines were using Bitcoin to circumvent the government’s restrictions. “…competition eliminates all currencies from noneffective governments,” it said… In Argentina, the banks refuse to work with Bitcoin companies like Coinbase, which isn’t surprising, given the government’s tight control over banks. This hasn’t deterred Argentines, long accustomed to changing money outside official channels.

In an ideal world, of course, there would be no need for bitcoin. At least not as a hedge against bad government policy (if a world of private monies, of course, cryptocurrencies presumably would be one of the market-based options).

But we don’t live in an ideal world. Some of us already live in nations where government financial and/or monetary policy make bitcoin a very important alternative.

And others of us live in countries where there is good reason to worry about future instability because of misguided fiscal, monetary, and economic policy. So it will be good if we have options such as bitcoin.

That doesn’t mean, to be sure, that the average person should transfer all their liquid wealth into bitcoin. Indeed, I’ve specifically stated that “I wouldn’t put my (rather inadequate) life savings in bitcoin.”

But I certainly want that option if future events warrant a change of strategy.

P.S. If you’re in a patriotic mood (and if you like the Second Amendment), then you’ll definitely enjoy this slideshow.

P.P.S. If you enjoyed the six-frame image about bitcoin owners, you’ll probably like a similar image portraying libertarians.