The Costly Impact of Obamanomics

One of the reasons I repeatedly compare market-oriented countries with statist nations is to show that even minor differences in growth, if sustained over time, can have enormous impact on living standards for ordinary people.

And that’s why we should be very worried that America’s economy is sputtering. During the 138 years between 1870 and 2008,  our economy expanded by an average of about 3 percent per year, but now it seems like 2 percent growth is the “new normal.” That may not sound like a big difference, but it takes more than 35 years to double economic output if an economy grows 2 percent annually. With 3 percent yearly growth, by contrast, GDP doubles in less than 25 years. 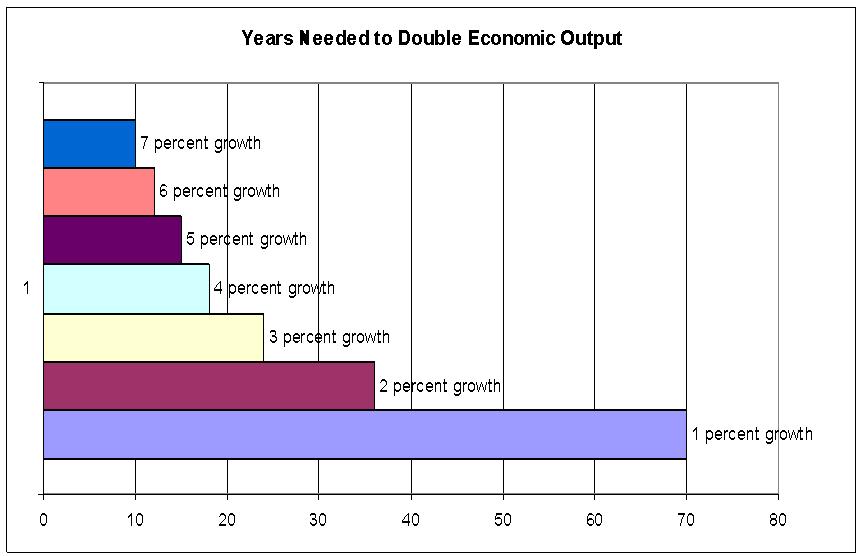 The Wall Street Journal understands that we should be worried about the recent slowdown. Citing new research from the Joint Economic Committee, theWSJ opines on the high cost of Obamanomics.

…the American economy has become a slow-growth machine. That’s the story underscored by the annual government revisions in historical GDP that accompanied the second-quarter report. The news, which most Americans have long felt in slow-growing wages, is that the worst expansion in 70 years has been even weaker than we thought. …Since the recession ended in June 2009, the economy has grown at an annual rate of about 2.1%. That’s 0.6-percentage points worse than even during the much-maligned George W. Bush expansion.

And it’s far below the economic performance America enjoyed during the more market-friendly policies of Ronald Reagan and Bill Clinton.

The WSJ compares Obama’s six-year “expansion” with the growth of the economy after six years of expansion in the 1980s and 1990s.

Wow, nearly $1.9 trillion in foregone economic output. No wonder median household income is lower than when Obama took office. And no wonder employee compensation has been stagnant. So why is the economy so moribund?

There’s no great mystery about why growth has been so slow. The natural dynamism of the U.S. economy has been swamped by waves of bad policies. Unprecedented new regulation has hamstrung finance, health care, the coal and power industries, for-profit education, and so much more. …Higher taxes—their anticipation and then the reality in 2013—slowed risk-taking and investment. Profits fell in the first quarter of 2013 thanks to the tax cliff, and growth for 2013 was a mere 1.5% after the latest revisions.

Simply stated, prosperity and big government are not very compatible. Now let’s close with a bit of optimism. Yes, the aggregate burden of government has increased in the United States in recent years. But we’re nonetheless the 12th-freest economy in the world. based on a comprehensive analysis of fiscal policy, regulatory policy, trade policy, monetary policy, and the rule of law.

And while the overall size and scope of government has increased in the past six years, we’ve actually enjoyed a small bit of progress in terms of reducing government spending relative to the economy’s productive sector.

So while I sometimes sound like a Cassandra about what’s been happening and where we’re heading, the good news is that we still have time to reverse course. Our most pressing need is genuine entitlement reform, and there’s a non-trivial chance that may happen in 2017. So no need to abandon ship quite yet.