The Foreign Edition of Great Moments in Government 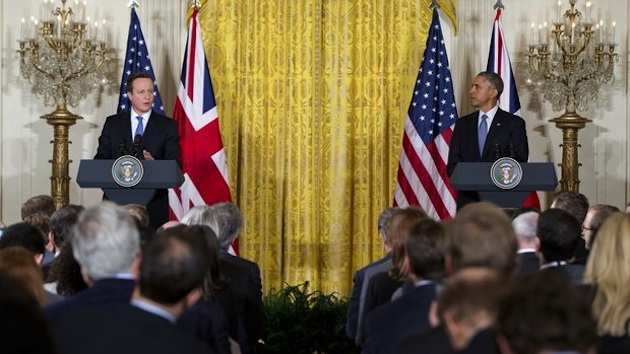 It would require several people, working around the clock, to provide daily updates about the bizarre and senseless actions of the crowd in Washington. And you’d need many additional people to monitor the foolish decisions in state capitals. I certainly try to do my small part, sharing example of jaw-dropping vapidity by our overseers in government (especially in New York City and California).

But I don’t like to discriminate, which is why I periodically highlight inane behavior by foreign bureaucrats and politicians. And we have two perfect examples today. We’ll start north of the border.

Here are some passages from a CBC report about nanny-state overkill from Canada (h/t: Lenore Skenazy).

Clayton, 8, and Kristopher Cadieux, 10, started their business last summer, digging up worms and selling them as bait for $2.50 per dozen. But after a complaint from a neighbour,

the brothers received a note from the city saying they were breaking a bylaw and had to shut down their business. The mayor of Cornwall, Leslie O’Shaughnessy, explained that the bylaw requires all personal business sales be conducted within the home, without outdoor signage. …The city told the brothers to move their business inside their home, and to take down their signs on their front lawn. …Kristopher said the worm enterprise only brought in about $34 a month last summer, and he doesn’t understand why he and his brother are being told they can’t sell worms from their front lawn.

How dare these kids display entrepreneurship.They’re almost as bad as the Canadian kid who got in trouble for stopping a knife attack.

But I still think America wins the prize for teaching kids bad lessons. After all, local government officials have heroically thwarted rogue operators of unregulated and unlicensed lemonade stands, in California, Georgia, and Oregon!

Without adequate government supervision, you never know what might happen. If you allow kids to engage in voluntary exchange, maybe that will be the gateway step to other forms of anti-social behavior. Such as snow removal without government approval. Or giving topless haircuts without a cosmetology license!

Our second example of foreign government stupidity comes from the United Kingdom, which is infamous for astounding – and embarrassing – episodes of political correctness.

But this latest example, reported by the U.K.-based Metro, represent the ultimate triumph of the P.C. culture (h/t: Amy Alkon).

…according to one school, Wonder Woman and her Golden Lasso of Truth are…not suitable lunchbox fodder.

According to Redditor twines18, who posted a copy of the letter and offending lunchbox on Imgur, the lunchbox contravened the schools dress code which states children aren’t allowed to bring ‘violent images’ into the building. The letter states: ‘We have defined “violent characters” as those who solve problems using violence. Super heroes certainly fall into that category.’

Part of me is convinced this is a joke, but it seems legit. And let’s remember this is coming from a nation where anti-gun fanaticism results in jaw-dropping displays of government stupidity. Anyhow, here’s the letter that was sent to the parents.

I guess that means this school doesn’t teach the kids about World War II. After all, Churchill and other U.K. leaders obviously took the wrong approach. I’m sure a big group hug would have sufficed to stop Hitler and the rest of the National Socialists.

P.S. Speaking of England, the U.K.-based Spectator reports that local universities have an unfortunate habit of filling the heads of foreign students with very bad economic theories. And when those students gain power in their home countries, you get very bad results.

Varoufakis was a product of British universities. He read economics at Essex and mathematical statistics at Birmingham, returning to Essex to do a PhD in economics. With the benefit of his British university education he returned to Greece and, during his short time in office, obliterated the nascent recovery. …But Varoufakis is not alone. Plenty of other visitors to our universities have been influenced by the teaching here and returned to their countries to wreak havoc. Jawaharlal Nehru, the first prime minister of an independent India…was influenced by British intellectuals such as George Bernard Shaw, a socialist, Bertrand Russell, who once remarked ‘communism is necessary to the world’, and John Maynard Keynes. He returned to India and started to put the ideology into practice with state planning, controls and regulations. This was a calamity. …Julius Nyerere, president of Tanzania,…read economics and history at Edinburgh (as did Gordon Brown). Naturally he was surrounded by leftist academics and apparently ‘encountered Fabian thinking’ in particular. The experience made it all but inevitable that Tanzania would endure a bloated bureaucracy, shortages and miserably low growth. …the London School of Economics can rightly claim more than its share, of course. Jomo Kenyatta, first prime minister of Kenya after independence, went there. …overblown, corrupt state industries and attempted import substitution took their toll, so that GDP growth per capita was low and, in some years, negative. …Pierre Trudeau…came to the LSE for his doctorate. He did not finish it but the LSE nonetheless gave him a finishing course in leftist economics. Under his rule, Canada introduced wage and price controls while inflation, unemployment and the national debt all rose. Zulfikar Ali Bhutto, variously president and prime minister of Pakistan, went to…Oxford. …once he had gained power, declaring ‘socialism is our economy’, he nationalised the steel, chemical, cement and banking industries along with the flour, rice and cotton mills. Economic growth slowed to a crawl.

Wow, what a rogue’s gallery of statist politicians. Though, to be fair, I don’t think you automatically get bad ideas by studying economics in the United Kingdom. It’s a function of being “taught” be misguided professors.