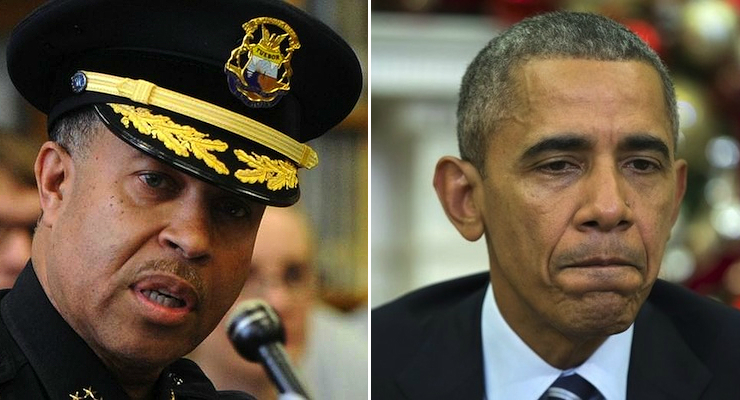 A couple of radical Islamists murdered a bunch of people in California and, even before any details were available, some politicians sought – once again – to exploit a tragedy.

President Barack Obama commented Wednesday on the shooting in San Bernardino, California… “there’s some steps we could take, not to eliminate every one of these mass shootings, but to improve the odds that they don’t happen as frequently, common-sense gun safety laws, stronger background checks,”

This is nonsense. Terrorists obviously don’t care whether there are laws against guns. Heck, just look at the evidence from Europe, where there are very restrictive laws, yet radical Islamists obviously are able to get weapons on the black market.

So, the net effect of these laws is to make it just about impossible for law-abiding people to defend themselves. Even if they are being targeted by the terrorists!

Fortunately, there’s a growing recognition that it is absurd to disarm good people and make it easier for evil people to wreak havoc. And the government officials who are in charge of stopping mass shootings are among those who are now pushing for a common-sense approach.

The Detroit News reports that the city’s police chief has a very sensible attitude about how to discourage bad people.

The city’s police chief said he believes violent extremists would be reluctant to target Detroit, as they had Paris last month, for fear armed citizens would shoot back. “A lot of Detroiters have CPLs (concealed pistol licenses), and the same rules apply to terrorists as they do to some gun-toting thug,” Chief James Craig said. “If you’re a terrorist, or a carjacker, you want unarmed citizens.”

A local professor also has the same sensible viewpoint.

I hope Prof. Kennedy already has tenure since he may get targeted by leftist students who might accuse him of common sense, which is a “microagression” that makes them feel “unsafe.”

In any event, terrorists surely would have an incentive (if they’re capable of passing my IQ test for criminals and liberals) to seek out a “gun-free zone” if launching an attack in Detroit.

More than 30,000 Detroit residents are legally armed, according to Michigan State Police. There were 6,974 concealed-pistol licenses issued to residents in 2013, more than double those in 2009, and 7,584 issued in 2012, the state police said. …Starting Tuesday, Michigan is making it easier for citizens to get concealed gun permits. …The National Rifle Association has said the new rules will eliminate licensing delays and arbitrary denials. Craig praised the new state law, and said they will help citizens fight back against criminals and terrorists. …“If you’re sitting in a restaurant, and you aren’t allowed to have a gun, what are you supposed to do if someone comes in there shooting at you? Throw a fork at them?”

Which, of course, is why gun-free zones are so foolish. The only people who obey are the law-abiding people. Yet those are precisely the people who could be helpful if some nutjob launched an attack. After all, terrorists wouldn’t get the chance to do much damage if they tried to shoot up this neighborhood.

So kudos to Chief Craig.

But he’s not the only senior law-enforcement official who recognizes that it’s time to put aside empty political correctness.

Amazingly, the Chief of Police in Washington, DC, also has decided that common sense should triumph. Here’s some of what was reported by the Washington Post.

D.C. Police Chief Cathy L. Lanier is urging that civilians confronted by an active shooter in some cases try to stop the gunman before law enforcement authorities arrive, saying quick action could save lives. …“I always say if you can get out, getting out’s your first option, your best option. If you’re in a position to try and take the gunman down, to take the gunman out, it’s the best option for saving lives before police can get there.” …“For a major city police chief to say that is breaking new ground,” said Chuck Wexler, who runs the Police Executive Research Forum… “if you’re dealing with suicide bombers or terrorists, it’s a completely different dynamic,” Wexler said. “I think that because so much can happen in so few seconds, intervention by citizens can make a big difference.”

Remember, though, that an effective response by citizens is only possible if they’re armed.

So the top cop in DC is basically acknowledging that gun control empowers the bad guys.

The chief acknowledged that advising confrontation is “kind of counterintuitive to what cops always tell people.” Cooper said, “You’re telling them that now though?” Lanier answered: “We are.”

By the way, the Sheriff of Milwaukee County in Wisconsin also believes armed citizens are necessary and desirable.

For further information, I invite you to peruse some serious articles on gun control, featuring scholars such as John Lott and David Kopel, along with some very persuasive information from an actual firearms expert.

Most of all, though, I recommend you read what Jeffrey Goldberg and Justin Cronin wrote about guns. They’re both self-confessed leftists, but they also decided that rationality and common sense should take precedence over anti-2nd Amendment ideology.

Explaining the Corrupt Relationship Between Politicians, Special Interests, and Lobbyists