HomePolicyTrump is Wrong on TARP (like Romney, McCain, Bush, and the Rest of the Establishment) 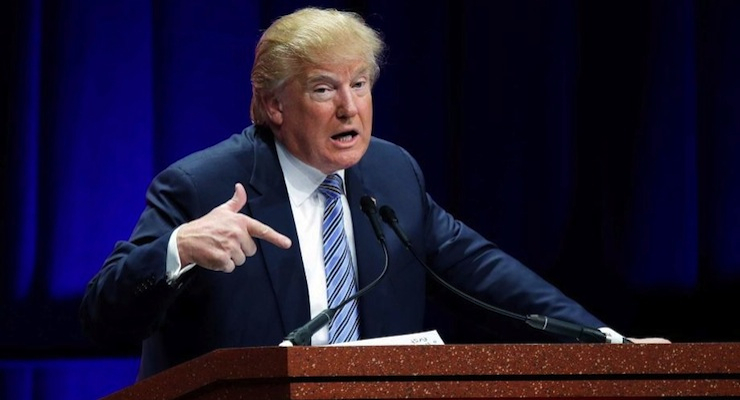 Well, it’s becoming an issue in the 2016 presidential race, with some folks criticizing Donald Trump for siding

with Bush and Obama on the issue.

I suppose I could make a snide observation about the absurdity of Trump being perceived as an anti-establishment candidate when he supported a policy that had unanimous support from political insiders.

But I would much rather focus on the policy implications. So when Neil Cavuto asked me to comment on Chris Christie’s rejection of bailouts, I took the opportunity to stress (once again) that it wasn’t a TARP-or-nothing choice and that there was a sensible, non-corrupt, way of dealing with failing financial firms. Simply stated, only bail out depositors and let bondholders and shareholders take the hit.

For the geeks who are reading this, you’ll recognize that the policy I’m advocating is often called the FDIC-resolution approach.

And it’s worth noting that this was used at the beginning of the financial crisis. As I pointed out in the discussion, two of the big financial institution that first got in trouble – WAMU and IndyMac – were liquidated.

But once Bush’s execrable Treasury Secretary, Hank Paulson, took control of the process, decisions were made to rescue the fat cats as well as the depositors.

The bottom line is that a lot of establishment figures, including GOPers like Dick Cheney and Mitt Romney, argue that TARP was necessary because the financial system needed to be recapitalized.

Yet that’s also what happens with the FDIC-resolution approach. The only real difference is whether financial institutions should be rescued along with depositors.

Well, my view is that capitalism without bankruptcy is like religion without hell.

P.S. The other guest in the interview made a very good point about America becoming “bailout nation.” I fully agree. To the extent that we have private profits and socialized losses, we’ll have bigger and bigger problems with moral hazard. After all, if you’re in Las Vegas and someone else is covering your losses, why not make high-risk/high-reward bets.

P.P.S. If anyone cares, my driveway is finally clear. A special thanks to the family next door. Not only were they smarter than me (as I wrote yesterday, they parked their cars near the end of their driveway), they’re also nicer than me. They came over and helped me finish when they were done!

Actually, I like to think I’d be equally thoughtful. I’ll have to look for a chance to repay their good deed.

By the way, I should add that the father next door works for a social conservative organization, which is one more piece of evidence for my view that so-cons and libertarians should be allies.

P.P.P.S. In hopes of convincing some of my leftist friends, I can’t resist making one final point.

When government gets to pick winners and losers, it’s highly probable that those who get the handouts, bailouts, and subsidies will be rich, powerful, and politically connected. Heck, just think of the Ex-Im Bank.

As noted by my former colleague, Will Wilkinson, “…the more power the government has to pick winners and losers, the more power rich people will have relative to poor people.”

I realize that statists won’t agree with me that it’s wrong for the federal government to redistribute from rich to poor. But I hope they’ll be on my side in fighting against redistribution from poor to rich!