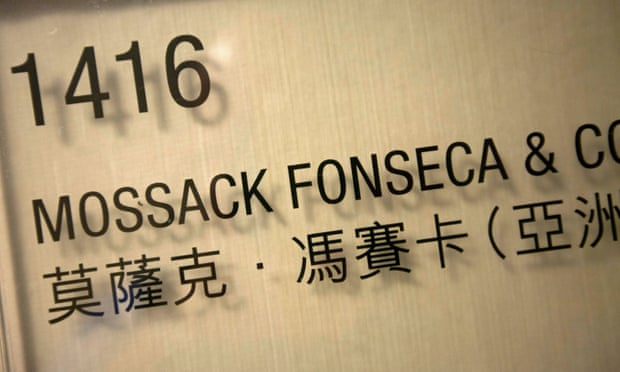 I’m hoping the Panama Paper” issue will quickly fade from the news (as happened after a similar data theft from BVI in 2013)  for the simple reason that even left-leaning reporters will get bored when they discover it is mostly a story about internationally active investors legally using structures designed for cross-border investment.

Yes, statists have a broader agenda of trying to make tax avoidance somehow shameful and illegitimate. But I doubt they’ll make much progress since no rational person (not even Bono or Donald Trump) voluntarily pays more to the government than is legally required.

Instead, I’m hoping that advocates of economic liberty can use this non-controversy controversy to our advantage by explaining that good tax policy is the best way to encourage both growth and compliance.

I often explain, for instance, that the best way to “hurt” tax havens is for onshore countries to have lower tax rates and less double taxation.

But is it really possible to have a simple tax system that accomplishes all these things? Some folks say no. They argue that there are competing goals in tax policy and that lawmakers are in the unenviable position of having to choose among goals that are mutually inconsistent.

Indeed, a writer for The Economist has a column that purports to show the existence of a “trilemma.”

…the trilemma, under which three options are available, but only two at most can be selected. In this case, it is a simple tax system; independent national tax policies; and the existence of multinational companies and investors.

Here’s my amateur depiction of this supposed trilemma, which ostensibly allows only two out of the three goals to be achieved.

And why does the author think these three things can’t simultaneously exist?

…simple tax systems are the best; they do not distort behaviour. But countries also like to set their own tax policies… The existence of national tax policies also allows economies like Ireland to offer themselves as an attractive place to do business… But that freedom also means that multinational companies and investors can arrange their affairs so as to minimise their tax charge. Governments react to that possibility with a series of carrots and sticks; tax breaks to persuade companies to stay and regulations designed to close loopholes that multinationals try to exploit… This makes the tax system more complex.

This may sound superficially persuasive, but it’s wrong.

And it’s not just wrong in theory. There are real-world examples that show that the trilemma is false.

So why is the author wrong?

For the simple reason that he omitted one word. The trilemma can be switched from false to true by adding “high” before “tax.”

To be fair, perhaps this is what the author actually meant since he writes at one point about the level of taxes needed to finance ever-expanding welfare states.

…a world of simple taxes, and independent tax policies, would probably undermine the tax base governments need to fund the welfare states

So there actually is a real lesson to be learned and a real trilemma to analyze. If nations have high taxes, they can’t also have simple tax systems that are appealing to companies and investors.

By the way, the author makes a very good point, noting that tax rates would be more punitive if politicians didn’t have to worry that jobs and investment could cross national borders.

…without…tax competition, one suspects the global tax take would creep higher and higher.

Actually, this is not something “one suspects.” It is a 99.9999 percent certainty. Heck, the OECD even admitted at the very beginning of its anti-tax competition project that the goal was to enable high tax rates and large fiscal burdens. Here’s what the (tax-free!) bureaucrats wrote on page 14 of their 1998 report about the impact of “harmful tax competition.”

Since I’ve pointed out that the OECD has an unseemly pattern of dishonest data manipulation, I feel compelled to give them credit for being uncharacteristically truthful in this instance.

P.S. Let’s take a look at some other trilemmas.

From what I can tell, the most famous trilemma in economics is the Impossible Trinity, which says you can’t simultaneously have fixed exchange rates, open capital flows, and an independent monetary policy. Instead, you have to pick only two of the three options. I try to steer clear of monetary policy issues, but this makes sense.

And it’s definitely true that you can spark an argument among libertarians by raising the possibility, as put forth by an economist from Sweden, that there is a trilemma regarding immigration policy. Is it really true that you can’t simultaneously have limited government, open borders, and democracy? Do you really have to pick two of the three options? For what it’s worth, I would change “democracy” to “majoritarianism.”

Though if you prefer non-policy trilemmas, there’s the one circulates in the business world. It hypothesizes that you can’t have a process for producing a product that is good, cheap, and fast. You have to pick two of the three options. I suspect this is true in the short run, but one of the great thing about capitalism is that markets over time generally make things cheaper, better, and faster.

Last but not least, while searching for good examples of trilemmas, I found this one about communism.

It’s amusing, obviously, but can someone truly be both communist and intelligent? Maybe that was possible 100 years ago, before all the horrors that have been unleashed by communism, but is that possible today? Though maybe that’s the point of the trilemma. You can be a smart communist, but only if you actually understand that the system doesn’t work and you’re willing to make dishonest arguments. But, if that’s the case, are you really a communist, or are you some sort of sleazy, power-hungry opportunist?

P.P.S. For those who appreciate politically incorrect humor, here’s another trilemma that you may find amusing.

P.P.P.S. Returning to our original topic, I can’t resist sharing a blurb from this story about New Jersey’s fiscal problems.

The decision by billionaire hedge-fund manager David Tepper to quit New Jersey for tax-friendly Florida could complicate estimates of how much tax money the struggling state will collect, the head of the Legislature’s nonpartisan research branch warned lawmakers. …New Jersey relies on personal income taxes for about 40 percent of its revenue, and less than 1 percent of taxpayers contribute about a third of those collections.

Gee, what a surprise. A state that punishes success over time has less successful people.

But let’s now match this story to our aforementioned tax trilemma. I don’t know if New Jersey’s tax system is simple, but Tepper’s escape means we now have more evidence that high-tax policy is not compatible with attracting and retaining investors.