HomePolicyMotto of Sanders Voters: “Socialism is Fun So Long as Someone Else Pays For It”

Motto of Sanders Voters: “Socialism is Fun So Long as Someone Else Pays For It” 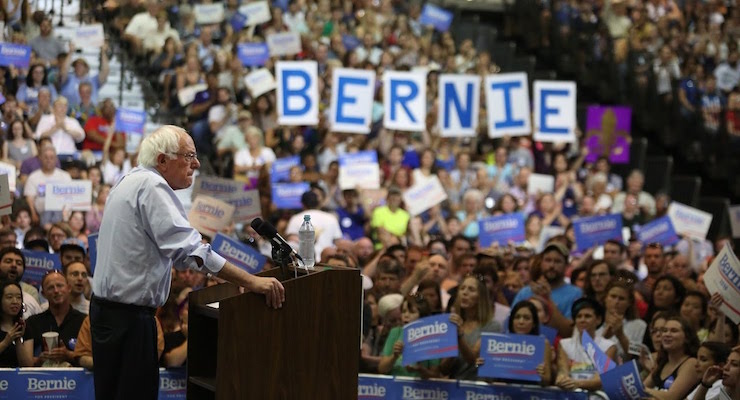 My favorite Margaret Thatcher moment might be when she pointed out there’s no such thing as public money, only taxpayer money. Or perhaps when she exposed leftists for being so fixated on class warfare that they would be willing to hurt the poor if they could hurt the rich even more.

That being said, I wouldn’t be surprised if most people instead chose Thatcher’s famous line about socialism and running out of other people’s money.

Which is a great line that cleverly pinpoints the ultimate consequence of statism. Just think Greece or Venezuela.

But what can we say about starting point rather than end point? Why do people get seduced by socialism in the first place?

For part of the answer, let’s turn to the famous quote from George Bernard Shaw about how “A government which robs Peter to pay Paul can always count on the support of Paul.”

Though it’s an observation on all governments, not just socialist regimes.

So I’m going to propose a new quote: “Socialism is fun so long as someone else is paying for it.”

And the reason I concocted that quote is because it’s a perfect description of many of the people supporting Bernie Sanders.

According to a poll conducted by Vox, they want freebies from the government so long as they aren’t the ones paying for them.

When we polled voters, we found most Sanders supporters aren’t willing to pay more than an additional $1,000 in taxes for his biggest proposals. That’s well short of how much more the average taxpayer would pay under his tax plan. …In other words, even Sanders supporters are saying they don’t want to pay as much to the federal government for health care as they are paying right now in the private sector. …The kicker for all of this? Some analysts believe Sanders’s plan will cost twice as much as his campaign estimates. …Sanders supporters are far and away the most likely to want free public college tuition. Still, 14 percent said they don’t want to pay additional taxes for it — and another half said they would only pay up to $1,000 a year…the majority of Sanders supporters in our poll (much less all voters) aren’t willing to pay enough to actually support those nationalized services.

As you can see from this chart, they want government to pick up all their medical expenses, but they’re only willing to pay $1,000 or less.

Gee, what profound and deep thinkers.

Maybe we should ask them if they also want private jets if they only have to pay $1,000. And Hollywood mansions as well.

The pie-in-the-sky fantasies of Bernie and his supporters are so extreme that even the statists at the Washington Post have editorialized against his proposals.

Mr. Sanders’s offerings to the American people are, quite simply, too good to be true, and much less feasible, politically or administratively, than he lets on. More expensive, as well. …Despite the substantial tax increases associated with Mr. Sanders’s policies, they would not be fully paid for — not even close. To the contrary, the tax hikes would be sufficient to cover just 46 percent of the spending increases, resulting in additional budget deficits of $18 trillion over 10 years. A deficit increase of that magnitude would cause an additional $3 trillion in interest payments over the same period — unless, of course, Mr. Sanders has another $18 trillion in tax increases or spending cuts up his sleeve.

The editorial writers at the Post, like so many people in Washington, make the mistake of fixating on the symptom of red ink instead of the underlying disease of excessive spending.

Would they actually favor his crazy ideas if he produced $18 trillion of additional tax hikes over the next 10 years?

Returning to the topic of whether Bernie voters actually would be willing to pay more tax, I recently appeared on Fox Business News to discuss the odd phenomenon of workers in the high-tech industry giving contributions to the anti-capitalist Senator from Vermont.

I confess that I don’t really know what would motivate someone to support Bernie Sanders, but I did share some thoughts.

Don’t forget, by the way, that the only difference between Bernie and Hillary is how fast we travel on the road to Greece.

P.S. Unfortunately, I haven’t accumulated much Bernie humor, though the Sanders-sized version of Monopoly is quite clever.