HomePolicyThree Cheers for Sweatshops, Creating Opportunity and Upward Mobility for the Poor 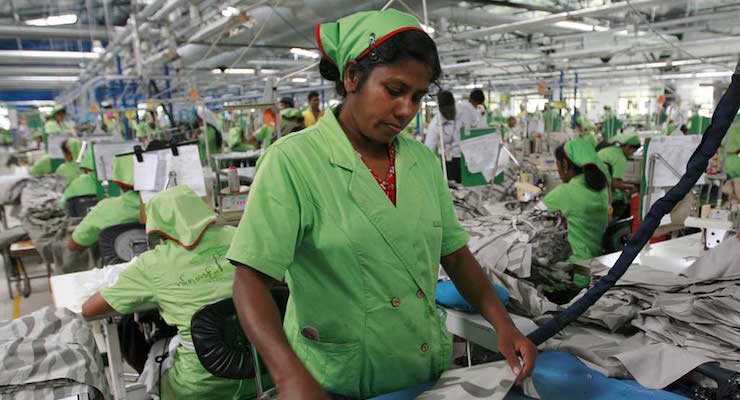 From a leftist perspective, making lots of money is not necessarily a bad thing. Rich Hollywood celebrities almost always get a free pass, especially if they embrace statist beliefs. The crowd in Silicon Valley also is generally forgiven for being rich, perhaps because they donate to politicians like Bernie Sanders.

Folks on Wall Street, by contrast, apparently are the epitome of evil. Even when they support new regulations such as Dodd-Frank, that doesn’t put them in the good graces of today’s leftists. And if they run private equity funds that earn “carried interest,” that puts them in the arch-villain category.

But there are exceptions to all these rules. If you’re a gazillionaire from the entertainment industry, even if you’re a minority, you can get yourself in trouble for the ostensible crime of committing capitalism.

And that’s what is happening to Beyoncé. She is getting lots of bad press because she has a line of clothing and some of those clothes are being produced in Sri Lankan “sweatshops.”

To be sure, working 10 hours of day in a third-world clothing factory would be a horrible life for those of us lucky enough to live in advanced economies.

So we’re tempted to argue that “sweatshops” should be banned, but only because we don’t think about tradeoffs. Most important, what would happen to the Sri Lankan workers if they didn’t have this choice?

Writing for The Federalist, David Harsanyi points out that the attacks on Beyoncé are misguided.

Beyoncé is doing more to improve the lives of Sri Lankan workers than all fair-traders and finger-wagging journalists combined. …The Sun’s exposé claiming that workers at the singer’s new apparel company are nothing but “slaves” who earn 64 cents per hour so that Beyoncé’s can buy another yacht. …It’s a shame that people are still forced to live on such a pittance.

But you know what’s even worse than being a Sri Lankan worker in one of Beyoncé’s factories?

Being a Sri Lankan worker who doesn’t have one of those jobs.

A gross monthly average income of a Sri Lankan is around 8839 rupees. …For thousands of…fellow laborers, a Beyoncé job offers a higher salary.

In other words, as David explains, job creation and economic growth are the best way to boost living standards for the people of Sri Lanka, and that’s exactly what’s happening.

Beyoncé, who is running a business not a charity, is an inadvertent force of good. …salaries will rise and so will the quality of life. This competition will impel employers to increase productivity and, if Sri Lanka doesn’t revert to its old ways, the economy will grow.

By the way, that remark about not reverting to “its old ways” is not a throwaway line.

Sri Lanka does not have a free-market economy, but it’s also not nearly as statist as it used to be. So if the country wants continued growth, at the very least it needs to avoid backsliding. And what it really should do is further shrink government and liberalize the economy.

In the meantime, here’s a great video from Ben Powell about how “sweatshops” are good for workers.

By the way, Ben also has written about the history of so-called sweatshops in the United States. And the story is pretty much identical to Sri Lanka, with these factories being a route to upward advancement as America’s economy began to prosper.

As such, it would be a shame if we denied Sri Landkan workers the same route for economic growth.

P.S. Shifting to another topic, we have come bad news followed by good news from Down Under.

The Australian government, which ostensibly is right of center, proposed a new tax on migrant labor. But now that tax is being deferred, hopefully on a permanent basis.

Here are some of the details from a Reuters story.

The ruling conservative government, which is counting on the support of rural voters in the July 2 poll, will defer the tax increase and hold a review of labor force issues in rural and regional communities, Assistant Treasurer Kelly O’Dwyer said. Under the proposal, foreign travelers on working holiday visas would have paid tax of 32.5 percent on every dollar earned from July 1, when previously they paid no tax on income up to A$18,000 ($13,100), the same as locals. …Australia has encouraged backpackers to work on farms with special visas allowing them to stay for a second year if they do three months work in rural Australia.

Sigh, Seems like the Australian Liberal Party (which is a classical liberal party) should adopt the no-tax-hike pledge to avoid making this kind of unforced error.

Motto of Sanders Voters: "Socialism is Fun So Long as Someone Else Pays For It"