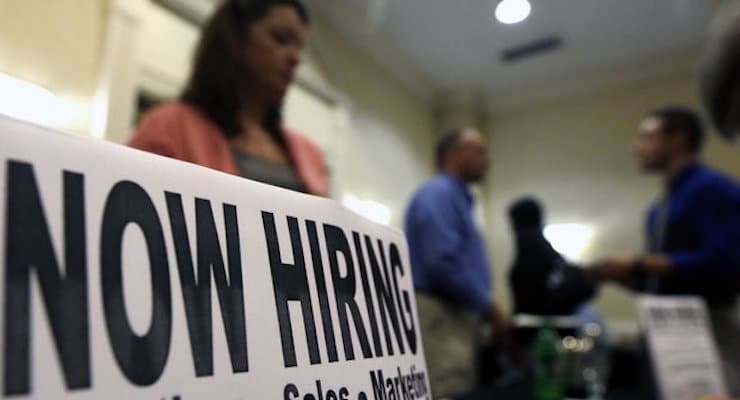 Movements such as Ban the Box are helping ex-convicts find jobs upon their release from prison. (Photo: AP)

I thought it was a remarkable development last year when a columnist from the New York Times reported that supposedly pro-feminist policies actually backfire against women.

Maybe this would help readers recognize that there are adverse unintended consequences of government intervention. Bastiat would be very happy!

The purpose of these laws almost surely is noble. Everyone presumably would like to help ex-convicts mainstream back into society. Especially since many of them are minorities who may already face discrimination and other challenges (and maybe they were thrown in jail for silly reasons, such as draconian drug laws).

So it sounds very compassionate to impose these laws, right? Who could object to helping ex-cons get in the door for interviews, at which point they can hopefully show potential employers that they have value.

Well, the study shows that these laws hurt more than they help. Here are some passages from the abstract.

Jurisdictions across the United States have adopted “ban the box” (BTB) policies preventing employers from conducting criminal background checks until late in the job application process. Their goal is to improve employment outcomes for those with criminal records, with a secondary goal of reducing racial disparities in employment. However, removing information about job applicants’ criminal histories could lead employers who don’t want to hire ex-offenders to try to guess who the ex-offenders are, and avoid interviewing them. In particular, employers might avoid interviewing young, low-skilled, black and Hispanic men when criminal records are not observable. This would worsen employment outcomes for these already-disadvantaged groups. In this paper, we use variation in the details and timing of state and local BTB policies to test BTB’s effects on employment for various demographic groups. We find that BTB policies decrease the probability of being employed by 3.4 percentage points (5.1%) for young, low-skilled black men, and by 2.3 percentage points (2.9%) for young, low-skilled Hispanic men. These findings support the hypothesis that when an applicant’s criminal history is unavailable, employers statistically discriminate against demographic groups that are likely to have a criminal record.

The most relevant bit of info from the abstract is that these laws reduce employment for young black men and young Hispanic men with low skill levels (and don’t forget these are groups that already are disadvantaged thanks to minimum wage laws).

And if you dig into the study, you can learn more about what’s really happening.

Figure 2 shows a local linear graph of the residuals from equation 1, for young, low-skilled black men. Time is recentered so that 0 is the effective date of a jurisdiction’s BTB policy. …Based on the pre-BTB period, the identifying assumption that BTB and non-BTB jurisdictions would evolve similarly in the absence of BTB…looks reasonable: the two lines follow each other closely before the date-zero threshold. After that date, however, the lines quickly diverge, with employment outcomes worsening in BTB-adopting places and improving slightly elsewhere. …it appears that BTB dramatically hurt employment outcomes for this group.

And here’s the accompany chart from the study.

Here’s another section that I found fascinating.

The laws restricting criminal background checks lead to more discrimination all across the nation, but the least amount of additional discrimination against African-Americans is in the south.

Given differences in racial composition and labor markets across the country, we might expect BTB to have different effects in different places. …young, low-skilled white men are not affected by BTB anywhere. However, the employment probabilities of their black peers are significantly reduced in three regions: the Northeast (7.4%), the Midwest (7.5%), and the West (8.8%). The negative effect on black men is much smaller (2.3%) and not statistically significant in the South… These results suggest that the larger the black or Hispanic population, the less likely employers are to use race/ethnicity as a proxy for criminality.

For what it’s worth, I also wonder if the South, on a person-to-person basis, actually is less racist.

Here’s another interesting – albeit discouraging – bit of information from the study. When the economy is weak, these laws are even more damaging for minorities.

The most logical interpretation of these results it that there’s more discrimination when employers have a buyer’s market, meaning lots of potential job applicants for each position.

Here’s the most depressing bit of data from the study. The effects of these laws last a long time.

And here’s the man-bites-dog conclusion. Blacks and other minorities are hurt by the laws, so guess which group benefits?

BTB has a positive effect on white men with no high school diploma. On average, white men in this group are 3.9 percentage points (5.6%) more likely to be employed after BTB than before.

That may be the perfect (in a bad way) example of government in action: Good intentions leading to bad results. Just like the War on Drugs. And the War on Poverty. And licensing laws. And antitrust laws. And…oh, never mind. You get the idea.

No wonder this is my favorite poster.