But I mostly focus on how the laws simply don’t make sense from a cost-benefit perspective.

Anti-money laundering laws and regulations impose large burdens on the private sector, which creates disproportionate hardship for the poor. Yet there’s no evidence that the laws actually hinder criminal activity, which was the rationale for imposing the laws in the first place.

I have the same attitude about the War on Drugs. Yes, I get upset that people are mistreated and it irks me as a libertarian that people aren’t free to make their own choices (even if they are dumb choices) about what to put in their bodies.

But what really gets me angry is the absurd misallocation of law enforcement resources. Consider this info from a recent WonkBlog column in the Washington Post about the ever-expanding efforts of government to harass drug users.

Federal figures on drug arrests and drug use over the past three decades tell the story. Drug-possession arrests skyrocketed, from fewer than 200 arrests for every 100,000 people in 1979…, hovering near 400 arrests per 100,000 people. …despite the tough-on-crime push that led to the surge in arrests in recent decades, illicit drug use today is more common among Americans age 12 and older than it was in the early 1980s. Federal figures show no correlation between drug-possession arrests and rates of drug use during that time.

But here’s the part that should upset all of us, even if we don’t like drugs or even if we think they should be illegal.

Instead of focusing on the fight against crimes that actually have victims (such as robbery, murder, rape, assault, etc), the government is squandering an immense about of time, energy, resources, and money on drug arrests.

That last sentence is breathtaking. Does anyone think that busting potheads is more important than fighting genuine crime?!?

Do you want an example of law enforcement resources being misallocated?

Well, this story from New Hampshire tells you everything you need to know.

…an 81-year-old grandmother had been growing…the plant as medicine, a way to ease arthritis and glaucoma and help her sleep at night. Tucked away in a raspberry patch and separated by a fence from any neighbors, the plant was nearly ready for harvest when a military-style helicopter and police descended on Sept. 21. In a joint raid, the Massachusetts National Guard and State Police entered her yard and cut down the solitary plant…authorities are using budgeted funds, prior to the end of the federal fiscal year Saturday, to gas up helicopters and do flyovers. …“Is this the way we want our taxpayer money spent, to hassle an 81-year-old and law-abiding patients?” Cutler said.

Gee, I don’t know about you, but I’ll sleep more comfortably tonight knowing that lots of taxpayer money was squandered to seize a pot plant from this dangerous granny!

Still not convinced that law enforcement resources aren’t being wasted? And still not upset that lives are being disrupted and harmed by heavy-handed government.

Then consider this horror story from Reason.

James Slatic, a California medical marijuana business owner, found out all his family’s bank accounts had been seized by the government one day in January when his 19-year-old daughter tried to buy lunch at the San Jose State University cafeteria and her card was declined. Slatic’s wife tried to transfer money to their daughter, figuring she had simply overdrawn her account, as teenagers are wont to do, but her account wouldn’t work, either. What the Slatics soon learned was the San Diego police had frozen all of their bank accounts: $55,258 from Slatic’s personal checking and savings account; $34,175 from his wife Annette’s account; and a combined $11,260 from the savings accounts of their two teenage daughters, Penny and Lily. …The Slatics’ crimes? None. Or at least, the San Diego District Attorney’s Office hasn’t charged them with any in the nine months since it seized their accounts.

His business also was shut down, which wasn’t good news for him or his employees that are now out on the street.

The trouble for James Slatic began five days before his family’s accounts were frozen, when around 30 San Diego police officers and DEA agents raided Slatic’s medical marijuana business, Med-West Distribution, and seized nearly $325,000 in cash from a safe. …The raid was a crushing blow to Slatic—not to mention his 35 employees, who lost their jobs and benefits without notice.

Here’s a video detailing this disgusting abuse by government.

There is some good news. Voters in several states voted last week to decriminalize pot.

And for those who worry that legalizing marijuana will be a gateway to decriminalizing harder drugs, I encourage you to read this Cato Institute study on what happened after Portugal legalized all drugs early last decade. 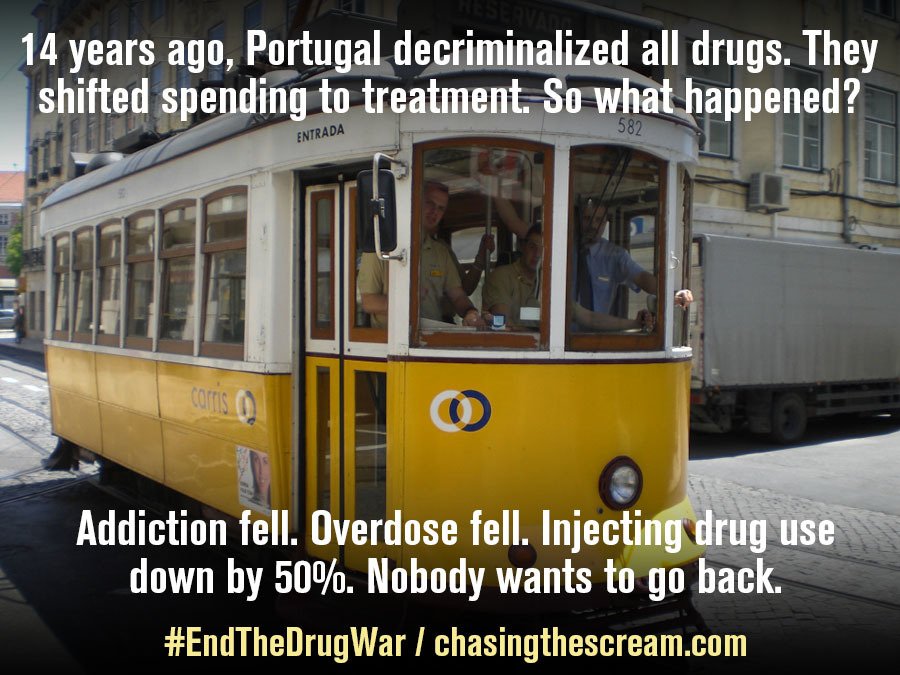 This isn’t an argument about whether you should use drugs, like drugs, or approve of drug use. You can be the drug equivalent of a teetotaler like me and still realize that it makes no sense for the government to squander lots of money and hurt lots of lives simply because politicians want to control what people choose to put in their own bodies.

The “Progressive” Threat to Baltic Exceptionalism November 15, 2016 by Dan Mitchell