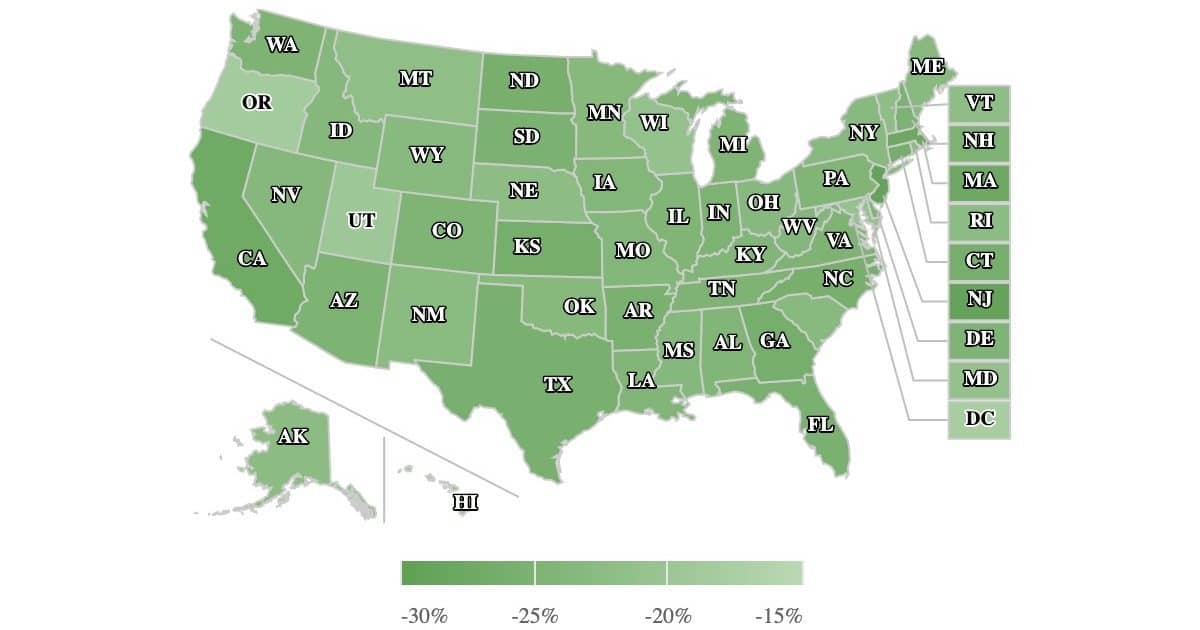 H&R Block (NYSE:HRB) released data through March 31, 2019 showing the overall tax liability for their clients was down an average 24.9% under the first year of the Tax Cuts and Jobs Act (TCJA). All 50 states and the District of Columbia (D.C.) saw their average tax liability decrease anywhere from 18.0% to 29.1%.

The biggest takeaway from the data is the gap between the overall reduction in liability and the size of the increase in tax refunds.

The average size of tax refunds increased by 1.4% even as the overall liability declined by roughly 25%, on average. When the Internal Revenue Service (IRS) changed withholding tables in February 2018, they automatically adjusted take-home pay.

This gap can and will undoubtedly be used to push misleading conclusions surrounding the impact tax reform has had on average Americans.

Tax liability in real dollars is down nearly $1,200 on average, but tax refunds are up just $43. That’s because an average of $1,156 went into paychecks during the year, or about $50 for a biweekly paycheck starting in March of 2018.

“Relying on their refund size to determine what tax reform means to them may not only be misleading, but can also put them further at risk of not getting the tax outcome they want when they file next year,” said Kathy Pickering, executive director of The Tax Institute and vice president of regulatory affairs at H&R Block.

Ms. Pickering noted those who did not update their W-4 will experience this impact more significantly when they file next year. The impact of the withholding changes will be amplified in 2019 as the new changes will impact taxpayers during all 12 months of the year.

The TCJA, due largely to the efforts of Ivanka Trump, still increased the Child Tax Credit (CTC) from $1,000 per child to $2,000 per child.

H&R Block clients who don’t update their W-4s could experience an additional drop of $200 or more on their next tax refunds.

Homeowners who deducted their mortgage interest over the last two years saw their refunds drop an average of 11.8%. But their tax liability also dropped on average by 28.3%. The benefit showed up in their paycheck instead of their refund.

“It’s reasonable to assume that a tax cut would mean your refund will increase, but that’s not necessarily the case,” said Pickering. “The IRS updated how employers calculate how much tax to withhold from paychecks, which means you could have been getting all your tax cut – and then some – in your paychecks.”

We will update this report, table and map as more data becomes available.