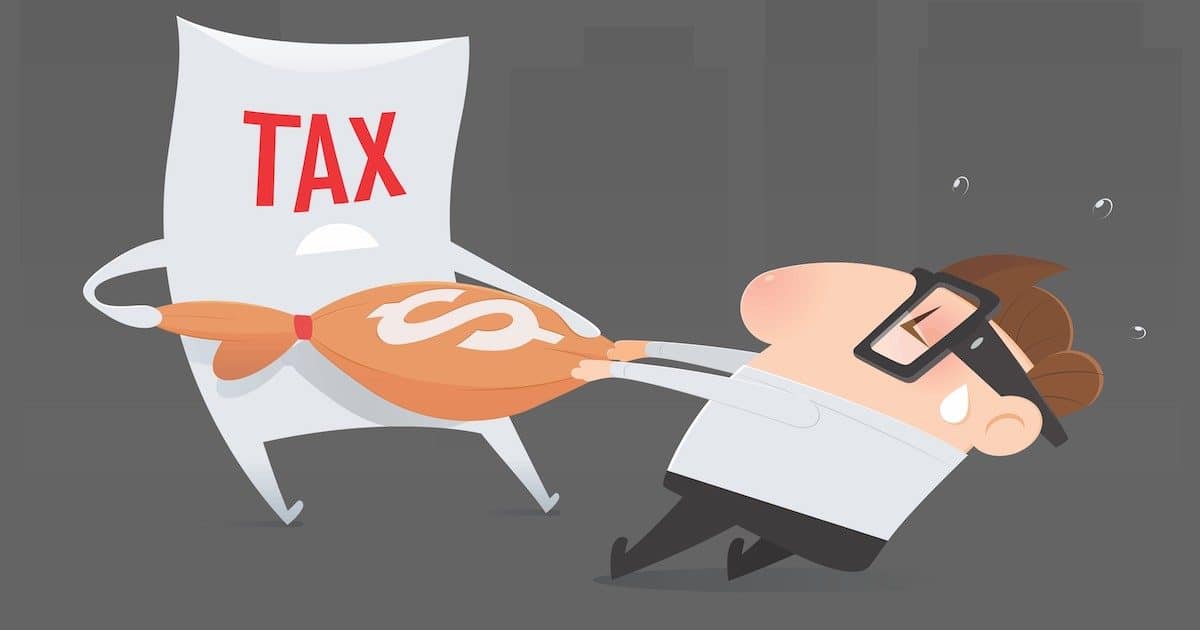 Why do I relentlessly defend tax competition and tax havens?

Sadly, it’s not because I have money to protect. Instead, I’m motivated by a desire to protect the world from “goldfish government.”

Simply stated, politicians have a “public choice” incentive for never-ending expansions of government, even if they actually understand such policies will lead to Greek-style collapse.

Speaking at a recent conference in Moldova, I explained why tax competition is the best hope for averting that grim outcome.

In my remarks, I basically delivered a results-based argument for tax competition.

Which is why I shared data on lower tax rates and showed these slides on what politicians want compared to what they’ve been pressured to deliver.

Likewise, I also talked about reductions in the tax bias against saving and investment and shared these slides on what politicians want compared to what they’ve been pressured to deliver.

There’s also a theoretical side to the debate about tax competition and tax havens.

In a 2013 article for Cayman Financial Review, I explained (fairly, I think) the other side’s theory.

…there also has been a strain of academic thought hostile to tax competition. It’s called “capital export neutrality” and advocates of the “CEN” approach assert that tax competition creates damaging economic distortions. They start with the theoretical assumption of a world with no taxes. They then hypothesize, quite plausibly, that people will allocate resources in that world in ways that maximise economic output. They then introduce “real world” considerations to the theory, such as the existence of different jurisdictions with different tax rates. In this more plausible world, advocates of CEN argue that the existence of different tax rates will lead some taxpayers to allocate at least some resources for tax considerations rather than based on the underlying economic merit of various options. In other words, people make less efficient choices in a world with multiple tax regimes when compared to the hypothetical world with no taxes. To maximise economic efficiency, CEN proponents believe taxpayers should face the same tax rates, regardless of where they work, save, shop or invest. …One of the remarkable implications of capital export neutrality is that tax avoidance and tax evasion are equally undesirable. Indeed, the theory is based on the notion that all forms of tax planning are harmful and presumably should be eliminated.

And I then explained why I think the CEN theory is highly unrealistic.

…the CEN is flawed for reasons completely independent from preferences about the size of government. Critics point out that capital export neutrality is based on several highly implausible assumptions. The CEN model, for instance, assumes that taxes are exogenous – meaning that they are independently determined. Yet the real-world experience of tax competition shows that tax rates are very dependent on what is happening in other jurisdictions. Another glaring mistake is the assumption that the global stock of capital is fixed – and, more specifically, the assumption that the capital stock is independent of the tax treatment of saving and investment. Needless to say, these are remarkably unrealistic conditions.

Since economists like numbers, I even created an equation to illustrate whether tax competition is a net plus or a net minus.

Needless to say, honest empirical analysis will never support the CEN approach (as even the OECD admits).

That being said, politicians and special interests are not overly sympathetic to my arguments.