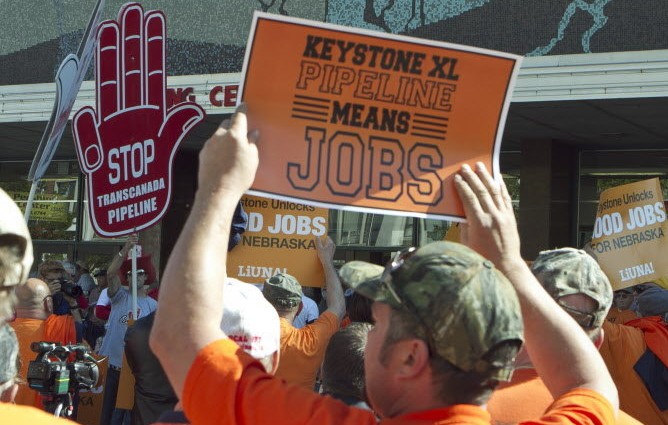 The vast majority of Americans, — nearly two-thirds — support the construction of the Keystone XL pipeline, an economic issue that has fractured the Democratic Party, according to a new ABC News/WaPo poll.

In total, just 65 percent of Americans say the Keystone XL pipeline should be approved and just 22 percent are opposed to its construction.

Interestingly, half of the poll’s respondents — 47 percent — also said they think the Keystone XL pipeline will pose significant risks to the environment.

The vast majority of respondents — 85 percent — said the pipeline will create a significant number of jobs, despite a recent partisan State Department report saying the project will create around 1,950 jobs for the first two years, and just 50 permanent jobs after that. Americans seem to understand that the liberal bureaucracy doesn’t score jobs created in support of the pipeline, which will span the entire continental U.S.

The nationwide survey of 1,002 adults was conducted Feb. 27 to March 2. The margin of error is plus or minus 3.5 percentage points.

O'Reilly: America On Decline Under Obama, 'Getting Weaker On Almost Every Front'